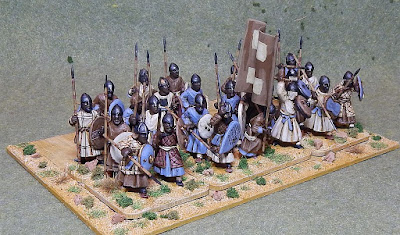 It's been a good six weeks since I updated the blog, but my regular followers will know that I've had quite a life event in between. On the 25th April Victoria and I waved our goodbyes to the UK and have set up home in the city of Middleton in Wisconsin USA.

Our container from the UK arrived four weeks ago and last weekend I got around to setting up my hobby area in the apartment and made a start on a new unit for my ever growing El Cid collection. 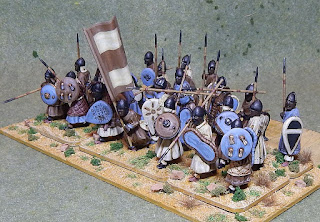 I wanted a unit of West African spearmen to use as mercenaries for Almoravids, so have broken from the traditional white, blue, gold scheme and have for these used a mix of white, pale blue and brown (the pale blue is the same colour I used on my WWI Poilu).

I think these shall make a fair contrast with the rest of the scheme used through-out. 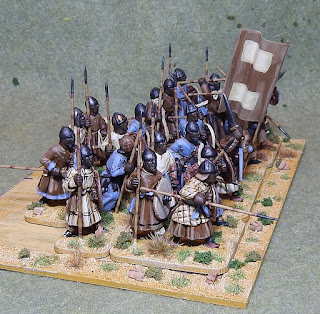 Most of these were bought in a LAF trade and the few armoured ones purchased direct from Gripping Beast.

Here are a few close-ups of some of the individual figures and bases. 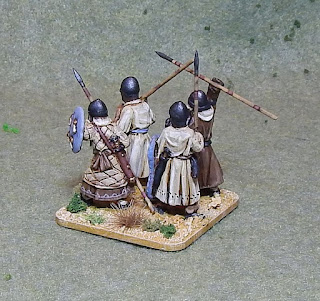 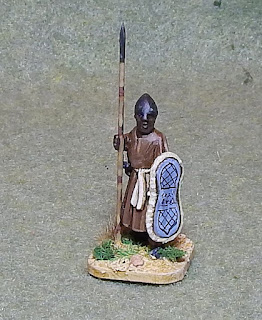 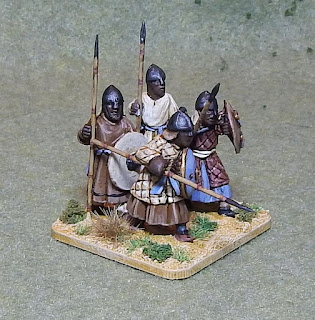 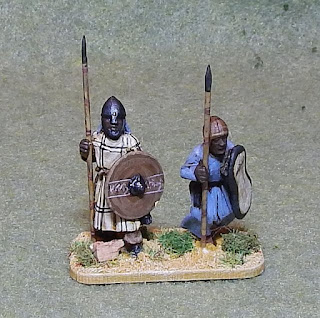 This week I also finished another eight Black Guard to add to the unit I started on before leaving the UK. This brings the unit up to 20 figures. 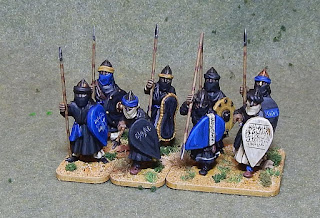 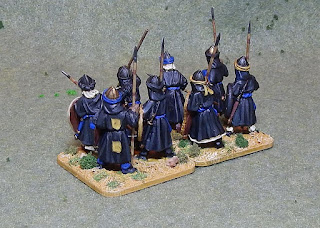 Here they are with their comrades in arms. 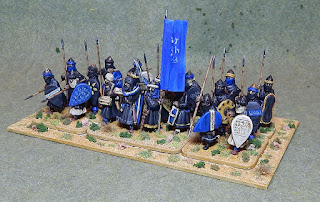 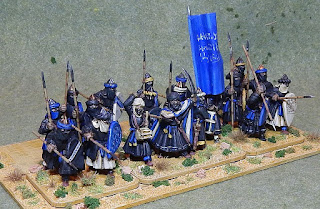 I've since realised that I need to paint a few more figures to complete the units as I tend to use 21's and 28's rather than 20's and 24's now. Fortunately, I found enough in a box and will add them this week, when I also plan to get some Spanish Caballeros and Jinetes added.