This is probably the longest its taken me to paint a Spanish Civil War platoon for Chain of Command: Espana but I've finished the last 11 Foreign Legion 'Bridegrooms of Death' figures I need.

These are painted using the same scheme as previous batches that is detailed here. All the figures are from Empress Miniatures. 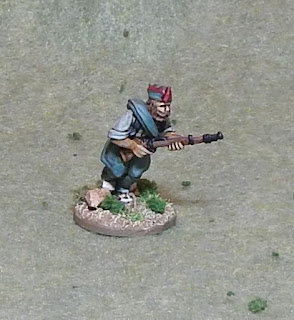 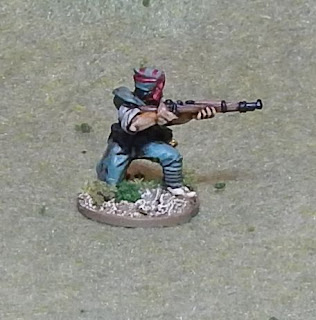 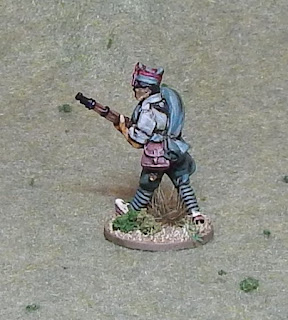 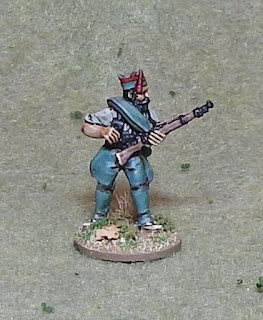 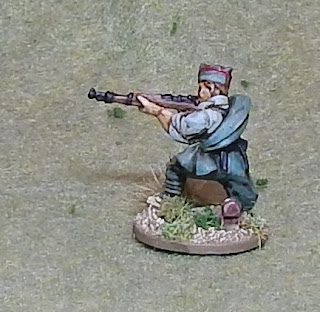 I'm not sure if Empress are having some quality control issues, but if you look on this figure below there is a huge hole in the rifle just above the fingers of the left hand. I had two other figures with similar issues from this batch that I purchased in April just before leaving for Wisconsin. 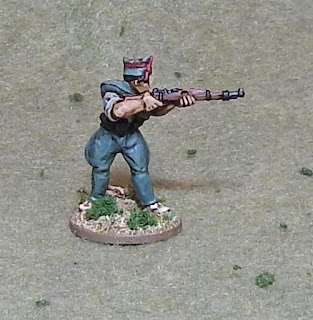 This means that all my Spanish Civil War forces are painted so I'll have to think about what to add next. Here are all 54 models of my La Legion platoon including two 5cm mortars and two light-machine-guns.

Following on from the Republicans I painted last week I have now returned to painting my Spanish Foreign Legion Seccion. This has been rather a long project as I painted the first figures for this unit back in March 2015.

Other factions seem to have come to the fore in the meantime but I only have these to paint then I am out of Spanish Civil War figures. This week I managed to paint these ten and there are another eleven on the painting table then I have all the Spanish Civil War figures I have painted, maybe time for another order on Empress or Northstar - or do I really have enough.

Not sure what it is about these La Legion but I'm not enjoy painting them as much as other troops. I also had a bit of a calamity when varnishing them this morning. I took them out onto the terrace of our apartment and gave them a spray of Testors Dull-cote only to go back 15 minutes later and it had frosted. Fortunately, I bought them inside and took them to the storage unit* and gave them another coat and it seems to have rectified.

*Not sure why Mrs Scrivs is not keen on me applying varnish inside the apartment :-) 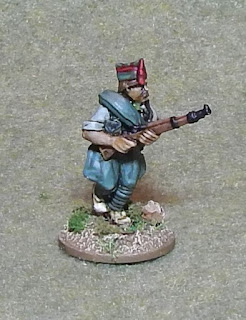 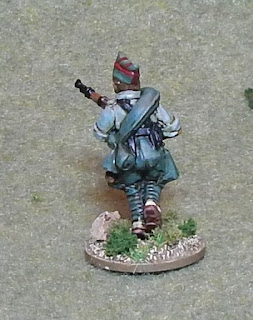 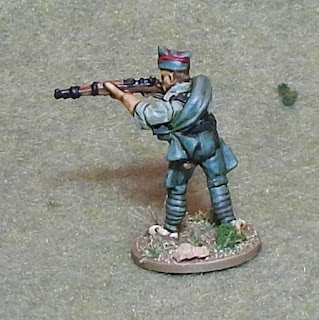 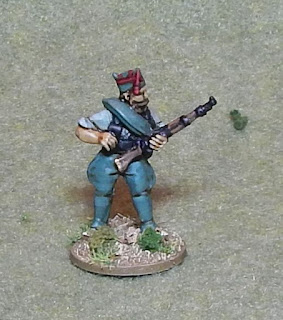 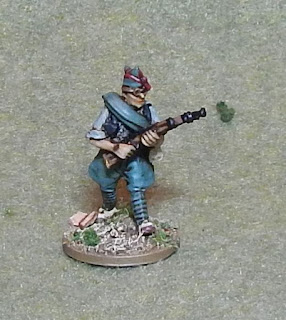 Hemmingway, Anarchists and the International Brigade

A busy old week has seen quite a bit added to the Spanish Civil War collection.

First of all the 'Ernest' figure from the Artizan Designs range a great characterful model. 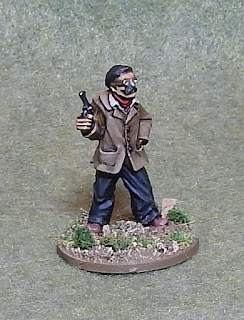 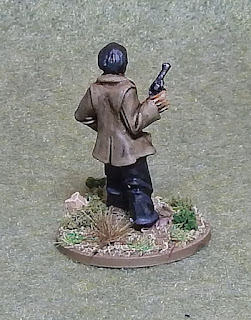 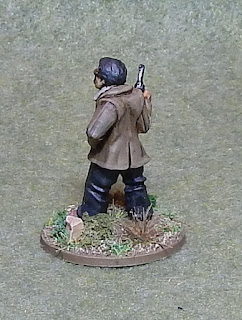 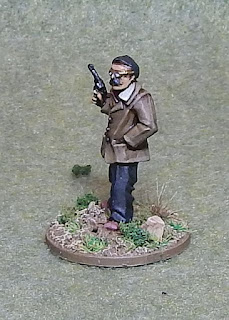 Next the pair of Anarchists from Northstar. Again a smashing couple of models from a range that is often overlooked when looking for troops for this period of history. In a nod to the famous photo in the you can just make out CNT painted under his sombrero. 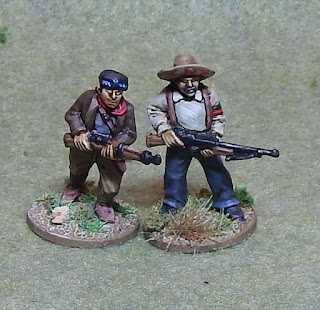 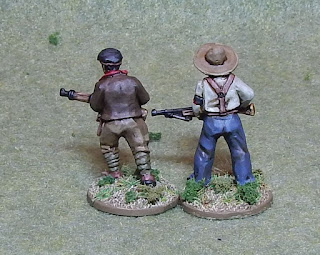 Finally another ten International Brigade, again from Northstar. I've gone for a palette of mainly blues and greys in this batch. This latest addition to the force means I now have 42 of these painted and plenty enough to field a platoon for Chain of Command.

This week I plan to crack on with more Empress 'La Legion' for my Nationalists.
Posted by Paul Scrivens-Smith at 11:52 No comments:
Email ThisBlogThis!Share to TwitterShare to FacebookShare to Pinterest
Labels: Artizan Designs, Chain of Command, North Star, Painting, Spanish Civil War 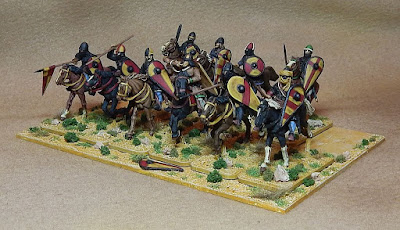 No blog updates for a few weeks due to a long weekend in Milwaukee with Mrs Scrivs, working away in Illinois and over indulging on the 4th July weekend, but finally I have gotten around to posting these chaps who were finished last week. 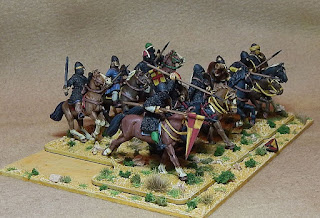 Ten Spanish Caballeros using figures from the Perry Miniatures First Crusade range. The movement tray is also a new addition, I managed to create six of these trays in the intervening time since my last update, two like this and another four for skirmishing cavalry. 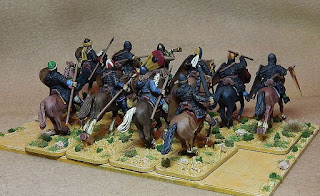 These are photographed against a new back-drop. Jo-Anns were having a 4th July sale with solid colour fleece at $4.00/yard so I bought three yards each of Camel (this one), Partridge Brown and Rifle Greeen. At home I gave them a blast of Rustoleum Nutmeg Brown and Yellow. Hopefully they shall see some gaming service soon. 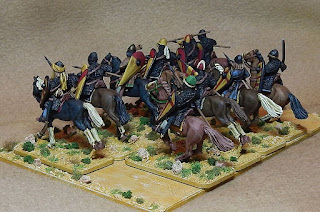 Here are some close-ups of a few individuals. 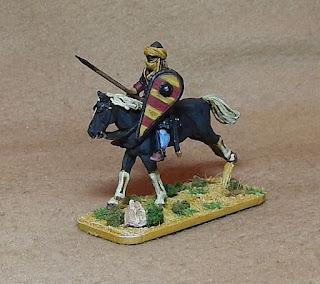 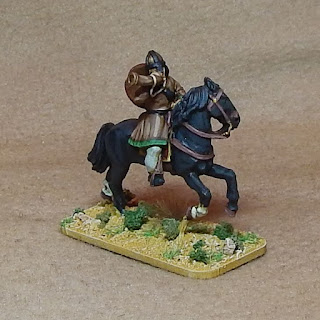 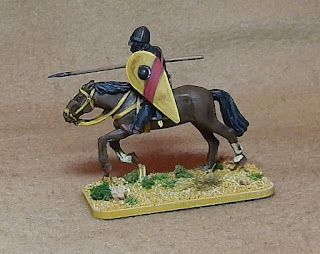 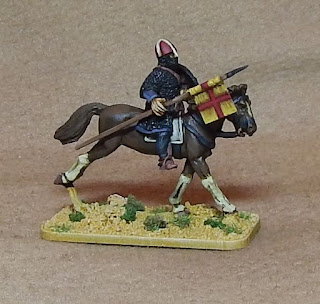 Net update shall be some Spanish Civil War that I am currently working on.
Posted by Paul Scrivens-Smith at 15:32 No comments:
Email ThisBlogThis!Share to TwitterShare to FacebookShare to Pinterest
Labels: El Cid, Painting, Perry Miniatures
Newer Posts Older Posts Home
Subscribe to: Posts (Atom)