It's been over seven weeks since I last posted. In the meanwhile I have played many great games but have not had the time to record them.
I've also been making some slow process on painting a force of T'au for Warhammer 40K
Process has been very slow, initially I assembled all the force and then sprayed it all with Colour Forge Wight Bone paint and it was a fucking disaster. Everything went chalky and bobbly and over 200 pounds worth of figures almost went in the bin.
It was perfect conditions for spraying, a dry summers day with temperatures in the low twenties, so I'm not buying any of that "poor conditions nonsense."
I'll not be using that shit again, it's not like it's even a cheap alternative to the GW sprays.
After a trip to the Dettol bath and some meditation exercises I'd calmed down enough to start painting them.
Being a kid who grew up gaming thinking for myself I don't like being told what colour I need to paint Sci-fi figures so decided I wanted dark grey uniforms with black armour and then a bit of orange detailing.
I've not decided on a Sept yet, but am leaning to Farsight Enclaves. 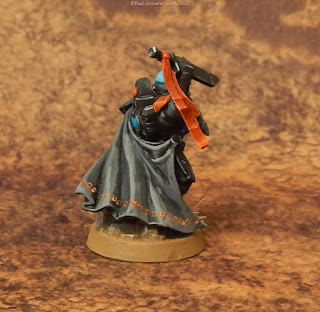 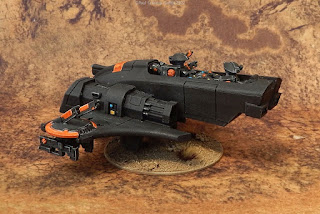 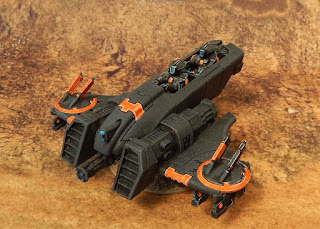 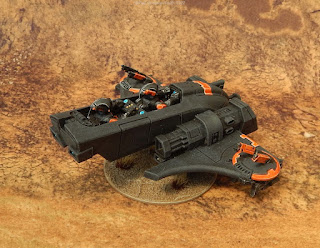 This lot allows me to field a 750pt force with a choice of a few options. I've got a few more bits in teh backlog to paint to take me up to about 1500pts.
First game tomorrow against Sams' Genestealer Cult.
Posted by Paul Scrivens-Smith at 05:48 11 comments:
Email ThisBlogThis!Share to TwitterShare to FacebookShare to Pinterest
Labels: Painting, Warhammer 40K
Newer Posts Older Posts Home
Subscribe to: Posts (Atom)