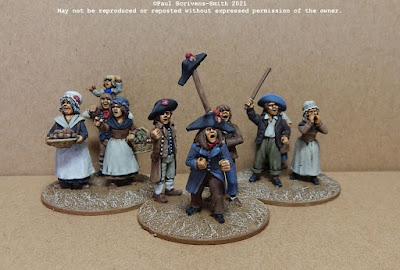 The past few weeks have been given over to packing for our impending move back to the UK, but there is time for one last painting session to be completed and packed.

Do not provoke the Parisienne Mob, waking this beast will result in carnage on a scale never before seen. 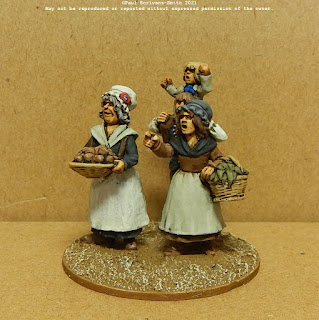 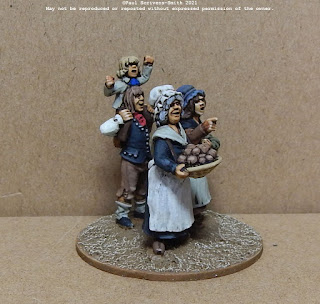 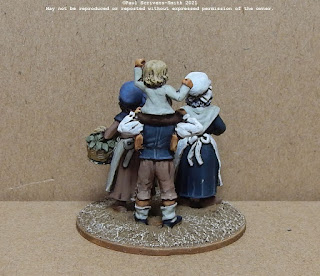 This is a great collection of figures from the Eureka Miniatures French Mob set.

This beast is certainly angry about something, cake maybe? You can even furnish them with Guillotine if you so desire. 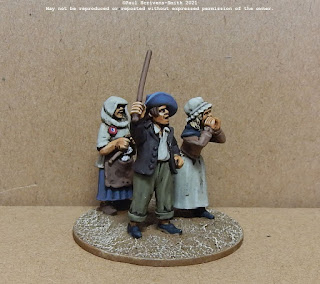 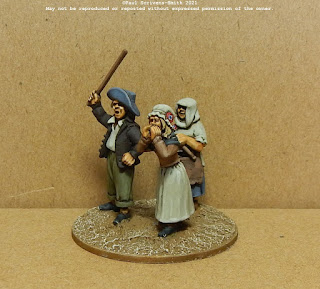 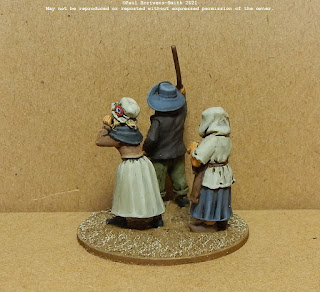 There's bags of character in this set, the knitting crones, the beefy armed potato saleswoman, the child on his fathers shoulders and a trio of veterans. 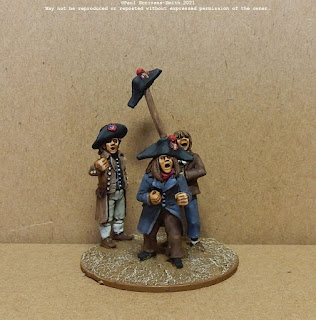 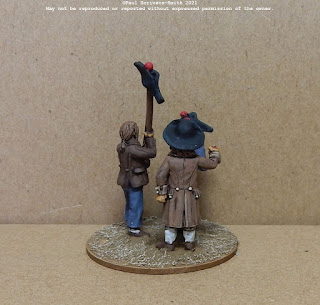 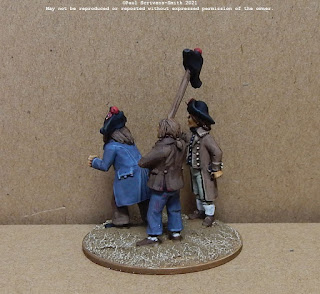 Provoking this beast is ill advised! 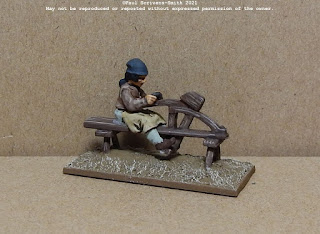 Also, this is Bob Wainwright, Bob's not entirely sure why he is here, but there are wheels to be made so he's going to make them. 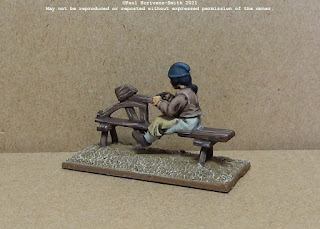 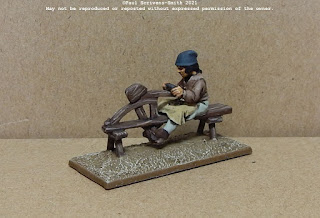 Bob's left over from the set that included the armourers I did earlier in the challenge. Also from Eureka Miniatures.
It's traditional to do a round up of the figures you painted over the challenge, so, they are all* included in this photo ;) 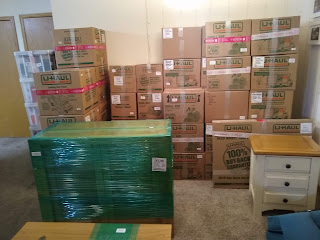 Our container left last Tuesday and I hope to be reunited with my figures in a few months, fortunately it was not routed via Suez!
Posted by Paul Scrivens-Smith at 12:49 22 comments:
Email ThisBlogThis!Share to TwitterShare to FacebookShare to Pinterest
Labels: Analogue Hobbies Painting Challenge, Eureka Miniatures, Napoleonic, Painting
Newer Posts Older Posts Home
Subscribe to: Posts (Atom)