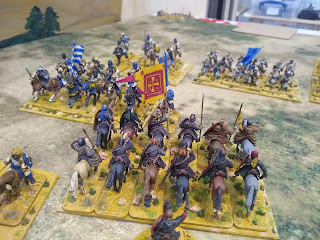 I had written up a more complete battle report, but some vagary of using Blogger on the phone while it was still open on the laptop meant I lost everything I'd added on the phone.
On Saturday James and I played a rather splendid game of Midgard using my El Cid collection in preparation for our game at Partizan next month. 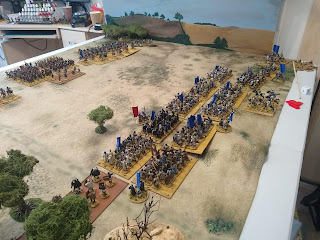 James used the Almoravids while I played the Spaniards. It was also a first outing for my Geek Villain "El Alemain" mat.
I've added a few comments to the pictures, but have lost the will to do a complete re-write. 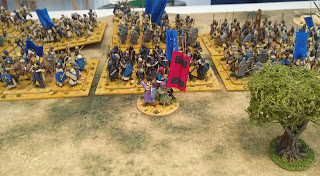 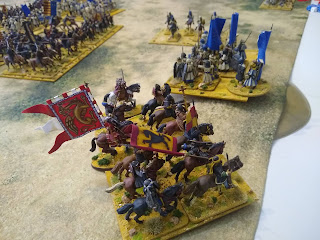 A great game with lots of action and plenty of  heroic combat that the Spanish seemed to get ahead on this time.
James did not delete all his text and has a much more complete report over on his blog.
Posted by Paul Scrivens-Smith at 10:12 8 comments:
Email ThisBlogThis!Share to TwitterShare to FacebookShare to Pinterest
Labels: Battle Reports, El Cid, Midgard

I have a brigade of Hanoverian Landwehr for our Hundred Days campaign games, but I don't have any specific skirmishers painted for them, so a few weeks ago I ordered some packs of Hanoverians in firing line from Front Rank. I got a mix of shako and cap for a bit of variety.

The first four bases are painted up with green facings to match the Landwehr Battalion Osterode I painted earlier this year. 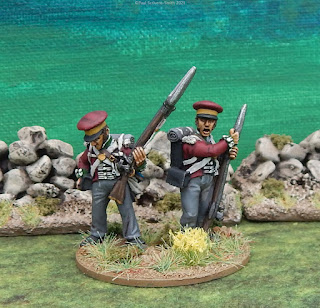 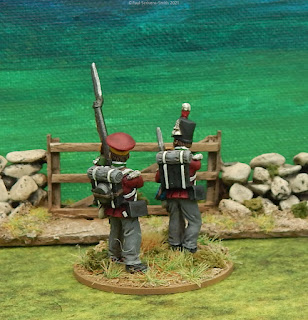 Although some light pitting on the figures on the figures indicates they were likely cast a bit hot, they are lovely figures and take paint really well. 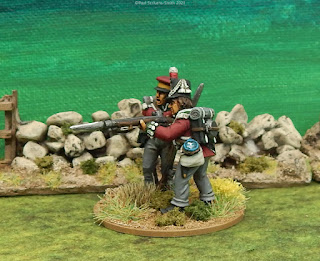 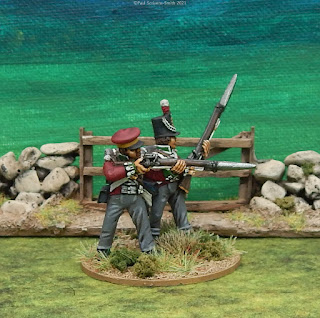 These made it onto the table in time for the last game, another five bases are on deck at the moment and should be ready to post on the blog very soon.
Posted by Paul Scrivens-Smith at 10:57 18 comments:
Email ThisBlogThis!Share to TwitterShare to FacebookShare to Pinterest
Labels: Front Rank, Napoleonic, Painting 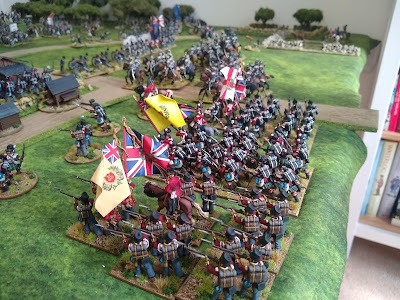 Yesterday Steve and I played a fairly large General d'Armee game using quite a large portion of my Hundred Days collection. The scenario was an escalating engagement with the French in strength attempting to capture a road junction with more troops for each side arriving as the game developed.
The French forces were:
The Anglo-allied forces were:

At the end of about six hours game time both armies were well and truly battered and both Steve and I thought that the opponent had the upper edge. But, as the French had not taken their objective I'm happy to concede defeat.
Posted by Paul Scrivens-Smith at 11:57 26 comments:
Email ThisBlogThis!Share to TwitterShare to FacebookShare to Pinterest
Labels: Battle Reports, General d'Armee, Napoleonic 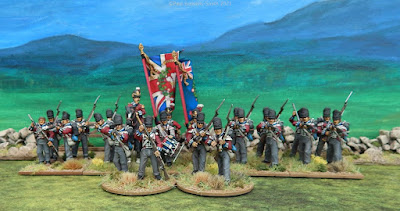 Following hot on the heels of a post about sheep (mmm...) are the 1st Battalion, 23rd Regiment of Foot (Royal Welch Fusiliers), who were part of the 4th Brigade of the 4th Division of the Anglo-Allied forces during the Hundred Days campaign.

During a painting session last year I had painted up a base of figures with blue facings as a "spare" so I only had to do four stands to complete the unit, the "spare" is the one deployed on the right of the line.

The majority of the figures are from a box of the Perry Miniatures Plastic Napoleonic British Line Infantry set, but the mounted Colonel is from Brigade Games. 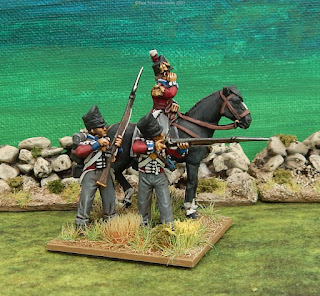 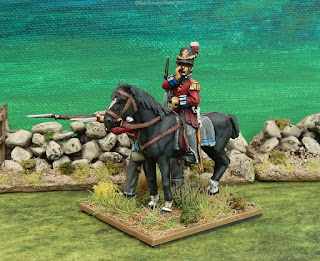 The pair of standards are from Flags of War and are very nicely done. 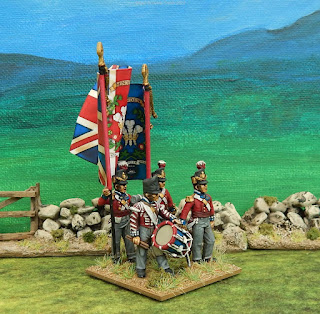 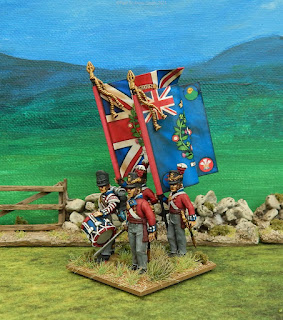 I usually have to do the skirmishers as an afterthought, but, must have been on my game this time as I remembered to do enough for a couple of bases while I was painting rest of the troops. 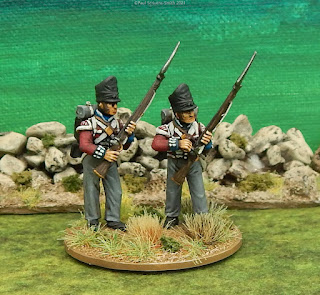 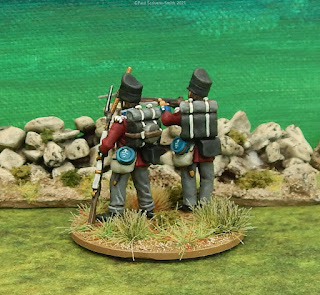 Here's some shots of a couple of the other bases, although I do see there is a cobweb that caught some of the varnish that needs tidying up. 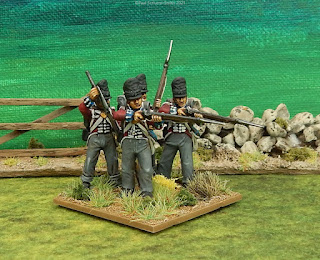 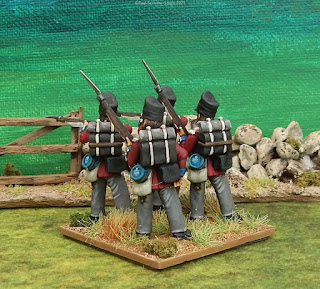 We are playing another game of General d'Armee later today and these chaps will be getting their first blooding.
Posted by Paul Scrivens-Smith at 05:57 26 comments:
Email ThisBlogThis!Share to TwitterShare to FacebookShare to Pinterest
Labels: Brigade Games, Flags of War, Napoleonic, Painting, Perry Miniatures
Newer Posts Older Posts Home
Subscribe to: Posts (Atom)