It's been the long Thanksgiving weekend here in Wisconsin and I've cracked on apace with the Sharp Practice American Civil War collection. Along with assembling two boxes of Perry Miniatures cavalry, cleaning up some dismounted cavalry castings and building terrain (more of that in another post) I also managed to crack on with the Confederate infantry.

Sixteen more riflemen join the collection and are joined by a officer to start issuing some order to the ranks. 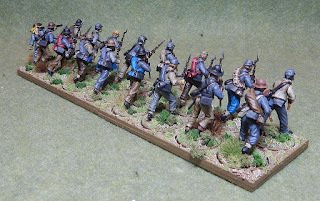 Chum Seth donated a Wargames Foundry Darkest Africa explorer to the collection and I painted him as a man of substance in a uniform of fine cloth. 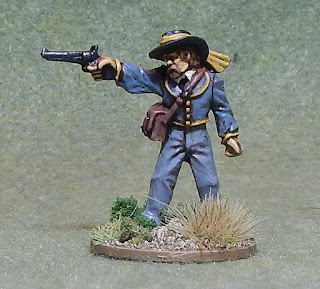 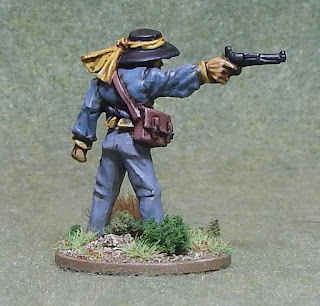 Here are a few individual shots of the rank and file. 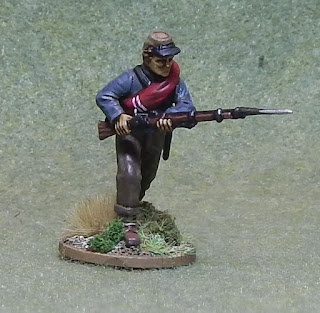 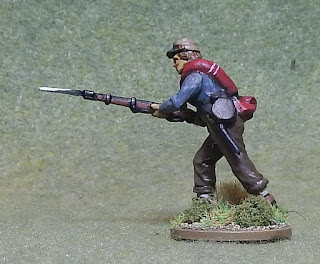 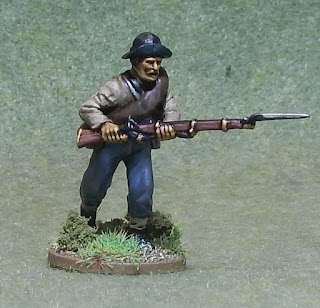 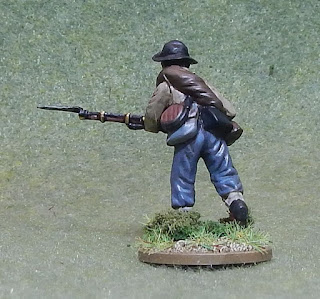 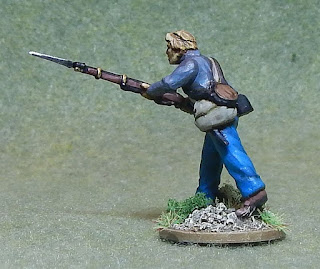 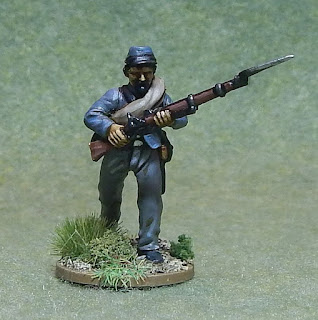 There are only twelve more figures left from the Perry American Civil War Confederate infantry box and all have some paint on them. I plan to get a dozen dismounted Confederate cavalry done next then I'll make a start on the mounted contingent for both sides.

I reckon there shall be enough painted for a game over the Christmas break.
Posted by Paul Scrivens-Smith at 17:01 No comments:
Email ThisBlogThis!Share to TwitterShare to FacebookShare to Pinterest
Labels: American Civil War, Painting, Perry Miniatures, Sharp Practice, Warbases, Wargames Foundry

Now having more than enough Union troops to field for our initial games of Sharp Practice it was time to make a start on the Confederates that I had prepared last week. 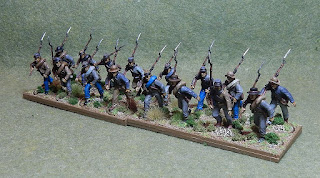 Good progress was made this week and an added impetus was given when the group I am a part of decided to have a painting evening instead of a gaming evening on Thursday evening so as well as working on these sixteen I was able to make a start on the base-coats for the next group to be painted.

As you can see, I've continued the 'on campaign' look that I have also used for the Union troops and the Confederates are even less uniform than them, I used a mix of three different shades of grey as well as quite a lot of butternut and threw some browns in too, I quite like the 'raggedy' look, it's a pity that the Perry Confederate Infantry box does not include any bare-foot. 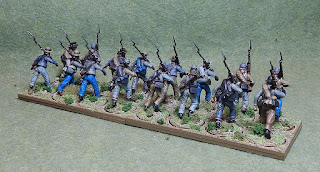 As ever they are really easy to assemble and have plenty enough detail for a reasonable paint job.

Here are a few close-up shots of a few individuals. 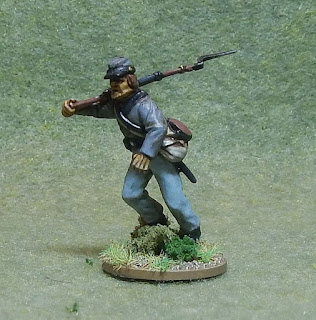 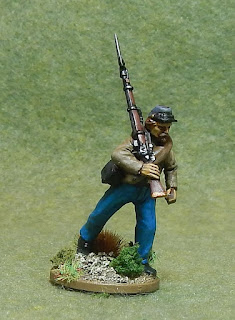 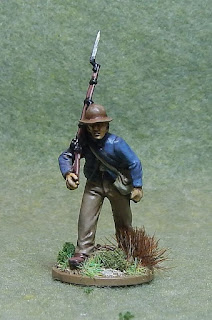 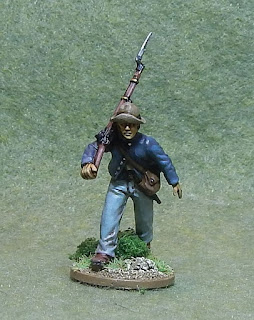 Next week is not likely to be as productive as I'll be away on business for a few days, but hope to get at least another eight done before the next update.
Posted by Paul Scrivens-Smith at 17:20 No comments:
Email ThisBlogThis!Share to TwitterShare to FacebookShare to Pinterest
Labels: American Civil War, Painting, Perry Miniatures, Sharp Practice

I've cracked a milestone today on the Sharp Practice project, the second box of Union Infantry is complete and I reckon I have enough stuff to make a decent sized Union force for the game.

The last sixteen figures are a bit of a mix, there are three leaders added to the mix as I think I was likely going to be a little short, two were painted with corporals stripes to add among the groups as file leaders. I also painted four of them as blacks and I am tempted to purchase another box of the Union Infantry and some of the Black Union heads for conversions so that I can do a few groups of black troops and play out some of the scenarios from Glory.

Everything is painted using the usual method that can be found here. A few individual pictures below. 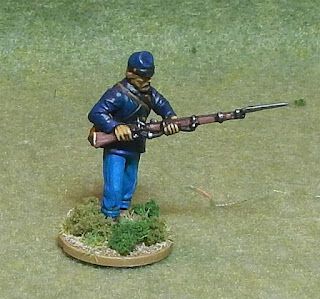 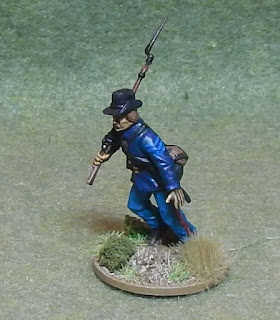 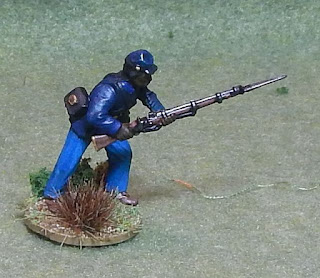 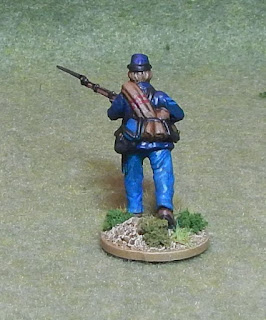 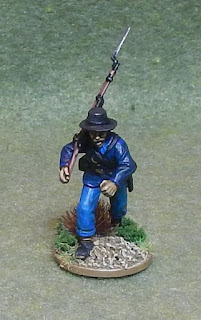 That's if for the Union for now and you can view the 81 figure collection so far, that's two boxes of the Perry Union Infantry plus the Joshua Chamberlain that I picked up a Salute a few years ago.

Enough figures done now to have eight leaders, seven groups of infantry, two groups of skirmishers, a colour party and two musicians with a few figures to spare.

On to the Confederates next, a whole box of the Perry Miniatures Confederate Infantry was assembled on Friday, stuck on their bases and given a spray of primer over the weekend.

I've already started the base-coats on a bunch of them and hope to have the first lot ready for next weeks update.
Posted by Paul Scrivens-Smith at 17:16 No comments:
Email ThisBlogThis!Share to TwitterShare to FacebookShare to Pinterest
Labels: American Civil War, Painting, Perry Miniatures, Sharp Practice
Newer Posts Older Posts Home
Subscribe to: Posts (Atom)