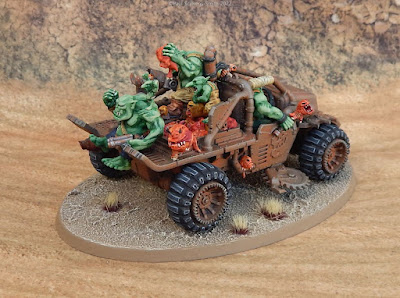 I've added some another Fast Attack choice to Waaagh Scrivs with a Rukkatrukk Squigbuggy joining the Mob. 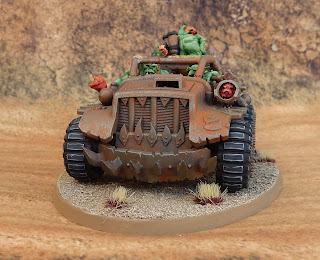 The current painting malaise continues and this took over two weeks of low intensity session to get finished, but I do like how it came out in the end. 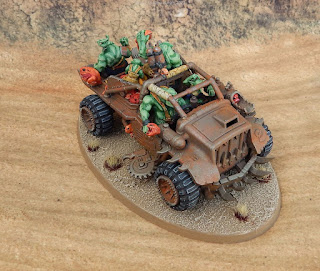 Way too many photos, but enjoy. 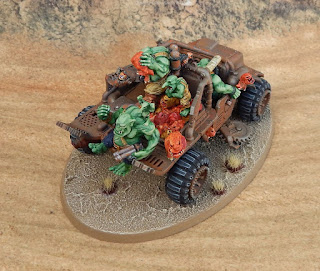 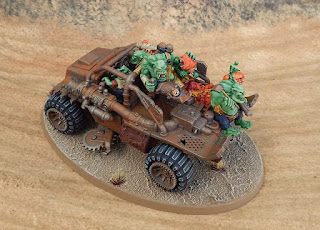 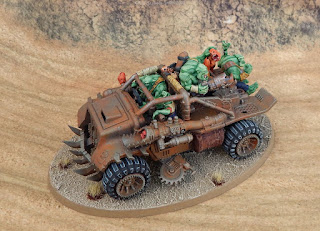 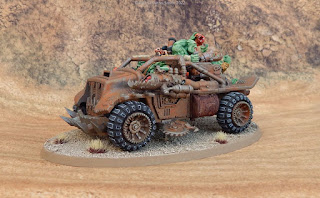 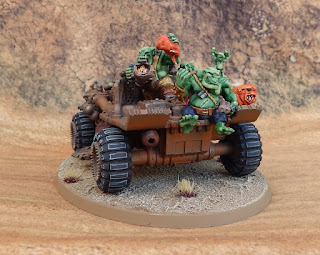 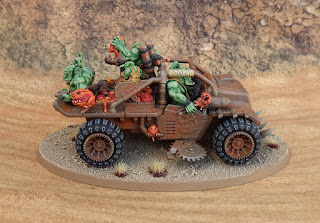 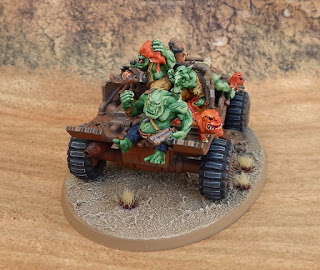 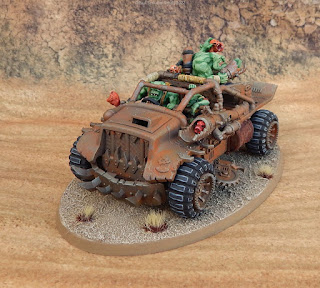 The Orks have now broken through the 2000 points barrier so are way larger than originally planned, but at least I now have a load of options for our 1500 point games.
Posted by Paul Scrivens-Smith at 18:58 3 comments:
Email ThisBlogThis!Share to TwitterShare to FacebookShare to Pinterest 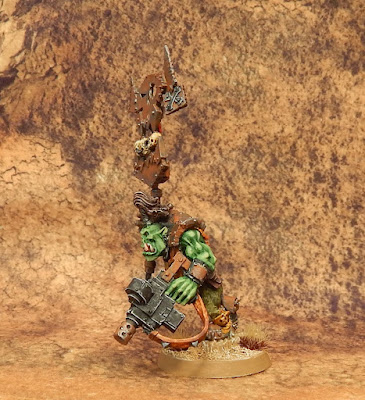 It's really been almost a month since the last posting, I've played a couple of games, but have hardly painted anything as the mojo has been lacking.

There are already more than enough choices for me to field some variance in our 1500pt games of Warhammer 40K, but I thought I'd like to add a few more options, so these have been on the slow-burn painting for a while now. 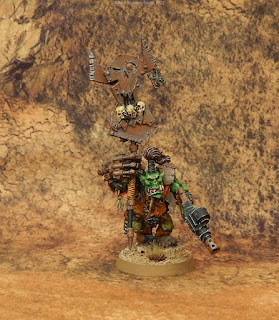 First chap is a Nob with Waaagh! Banner. Seventeen quid I tell ya, I must be made of teef! 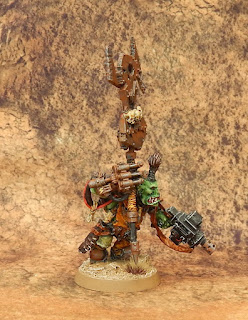 As with all the resin Citadel miniatures it was a pain in the arse to clean up and while preparing to lay down the basecoat I snapped the banner just above the power fist and had to pin it. 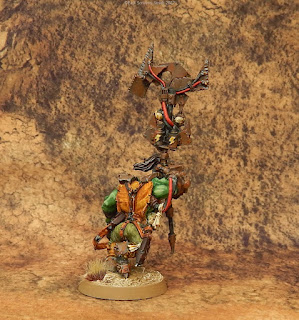 Overall I'm happy how it came out, but, it comes in at 70pts and does take an whole Elite slot up so I'm not sure how much use it will get. 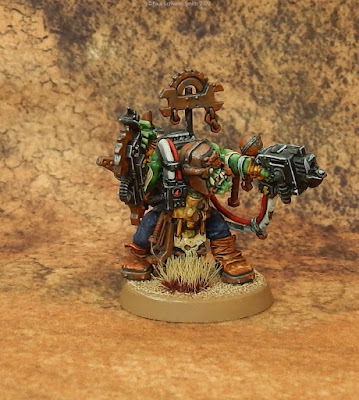 Next chap is a Mek, hardly a steal at coff! sixteen quid! coff! Had I realised that I could have paid about £28.00 online for this chap and the Mek Workshop I would have expanded the terrain collection. 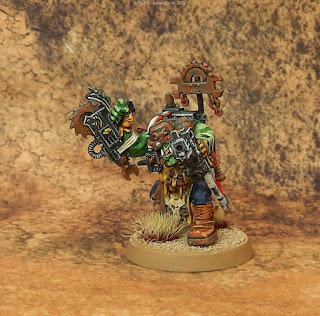 It is a nice enough model when made up and being plastic rather than crappy resin with will be a lot more resilient that the chap with the Waaagh banner. 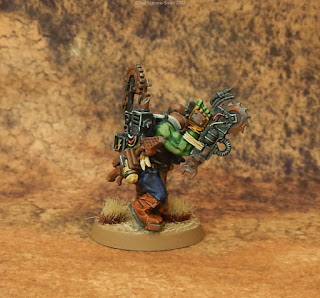 I chose the Killsaw and Kustom Mega-Slugga option, he's already had one game against the Harlequins and came in dead useful armed like this. That Kustom Mega-Slugga can be nasty, especially when he is in engagement range with this tasty pistol. 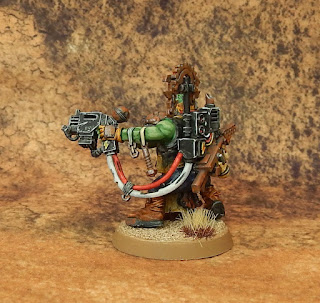 Although taking another Elite slot the Mek is only a base 25 points so probably a lot more useful than the Waaagh! Banner.