Hail Cid - The Siege of Valencia at the Cannon Show

It is ten years since James Morris's El Cid supplement was released for Warhammer Ancient Battles and a few months after that James took his Siege of Valencia game to Salute, Partizan, etc.

Today James, Tom, Matt and myself re-visited the siege, this time using the Hail Caesar rule set at the Cannon show in Retford.

Randomising the sides, James and Matt would play the Christians while Tom and myself played the Moors.

The game ran pretty much as per the original battle, Pedro Bermudez led the decoy force which drew the Moors towards the gates of Valencia while El Cid himself swept into the Moorish right flank and destroyed and looted their encampment, the Moors chased the decoy force into Valedncia but were unable to force the gates and died trapped between the walls and the flanking force.

The entire game played in about five hours with lots of, photo breaks, shopping breaks, tea breaks, sausage roll breaks and even a pastie break!

We find that Hail Caesar is so much better than WAB for these big games, easy to set up, easy to play a game that looks like something is happening and easy to break down and put all the units away again at the end.

Here are a whole load of photos from the game: 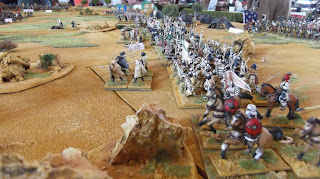 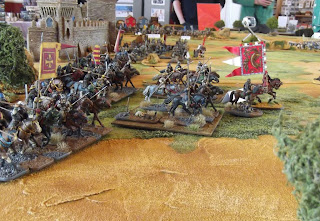 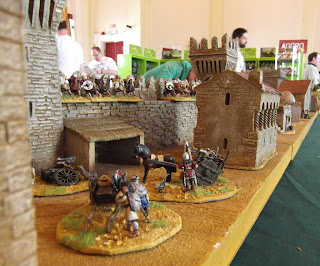 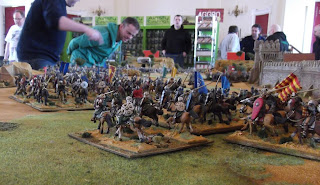 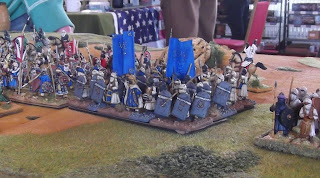 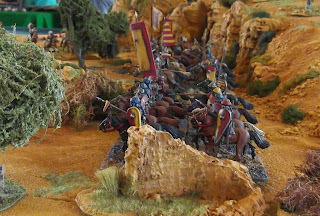 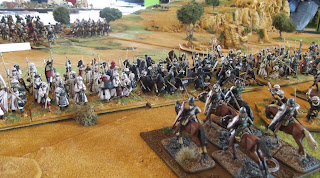 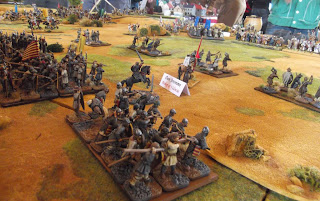 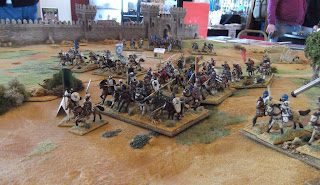 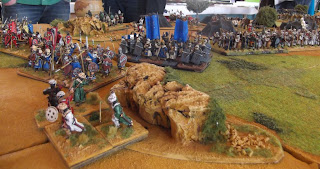 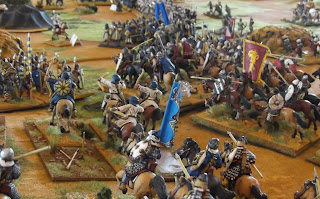 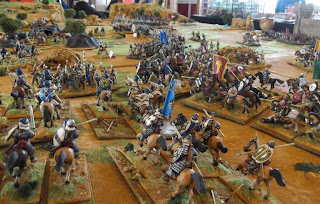 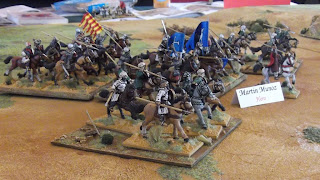 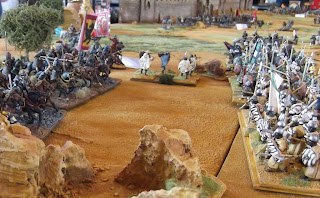 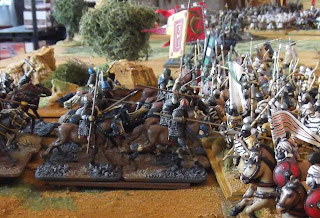 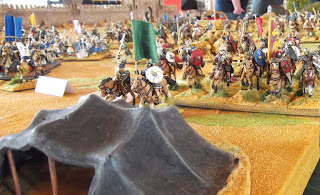 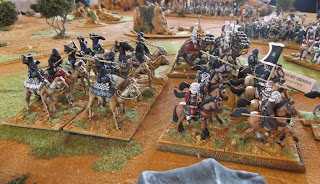 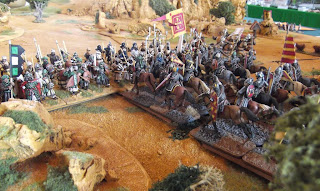 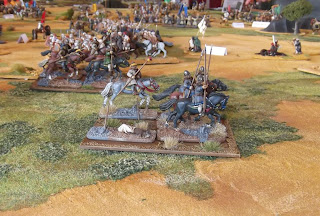 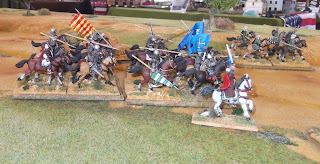 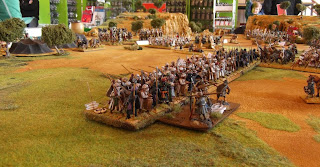 In my whole 'I'm not starting any new projects' denial of last year, mate Lee practically forced upon me* some El Cid Moors from Gripping Beast that he was never going to paint.

They have sat in a box for a few months, but tomorrow at the Cannon show in Retford, James, Tom, Matt and myself are putting on a Battle of Valencia game, I already have a whole load of Christian Spanish painted, what's the harm in painting up a couple of units of Berbers to use.

I used a speed painting technique of Halfords grey primer, roughed on base-coat followed by a coat of Vallejo Sepia wash and a couple of highlights.

I tried to use a very limited pallet using a main colour of Dark Sand for mist of the figures and then did some small detail in Intense Blue, Golden Brown and Black. The spear are painted Green Ochre to represent bamboo and the bows / leather work are painted Saddle Brown.

Here are some photos of the two units. 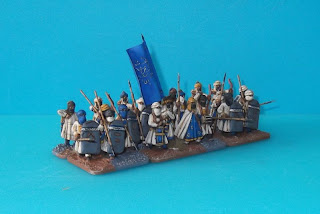 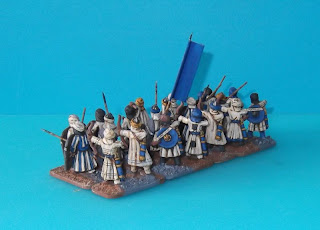 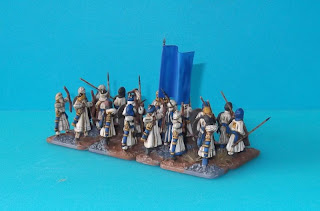 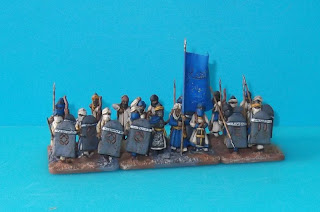 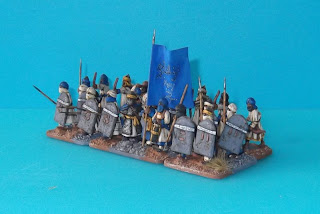 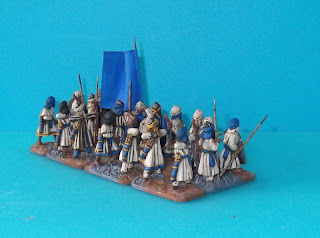 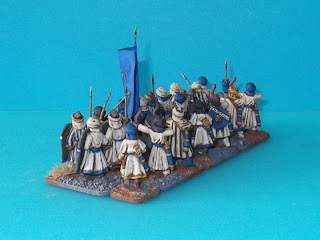 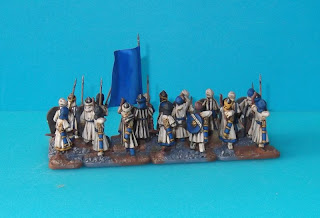 *This may be a fib, I am very weak willed :-)
Posted by Paul Scrivens-Smith at 14:04 6 comments:
Email ThisBlogThis!Share to TwitterShare to FacebookShare to Pinterest
Labels: El Cid, Hail Caesar, Painting, Warhammer Ancient Battles

I've not posted any painting updates for a while, although I have been quite busy getting stuff painted, so it will be a double update today.

For my Wedding Anniversary, Victoria got me just the right thing, another seven blisters of Assault Group Japanese to add to the ongoing collection, what more could a chap want!

TAG make some excellent sets of Japanese Snipers and Scouts so I made two sniper teams using one figure from each pack:


After my game against Phil last week, I also decided that I wanted to rebase my Japanese Light mortars, so I did those too while I was at it, utilsing two of the new figures I painted in this batch.


These are the final ten figures from this past couple of weeks WWII painting session.