Well over a month since the last update. We have had visitors over from the UK and the weather has turned nice here in Wisconsin so we are taking advantage of that, there was snow on the ground for the last blog post!

This past week I got caught up on some of the Perry Miniatures American Civil War Union Infantry that I had started base-coating a few weeks ago. I'm trying out a new, hopefully quicker, technique on them. 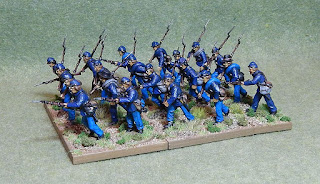 Firstly, I assembled the figures and stuck on 20mm Renedra rounds then textured the bases with grit and pumice gel before priming with grey primer.

The base-coat of dark and light blue was done en masse for all 20 figures, then the minor colours blocked in in small er batches, usually four at a time - I find this bit boring if I do too many at once! 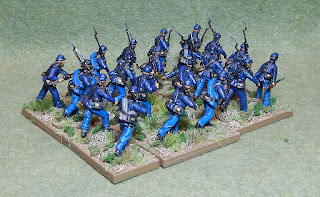 Once the base-coats were done, instead of the usual Vallejo Sepia wash, I used Army Painter Strong Tone to wash the figures. Once dry, in batches of four I did a couple of highlights (rather than my usual 3). Instead of 'brown-lining the entire figure, I only did it in a few places and instead picked out the flesh with an Army Painter Flesh wash.

The bases were painted US Field Drab, then dry-brushed with Iraqi Sand and then Pale Sand before finishing off with patches of tufts, scatter and static grass. 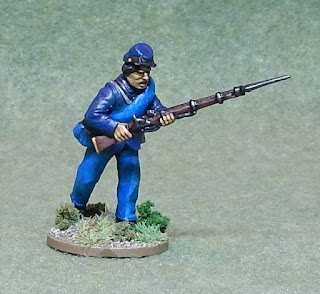 The movement trays are Regimental Trays from Warbases, finished in the same way as the figures bases. The troops are magnetised on the bottom of their base and flex-o-metal applied to the trays.

Also from the Warbases range was a bit more scenery to enhance our Sharpe Practice games. Firstly a dog kennel, complete with dog. 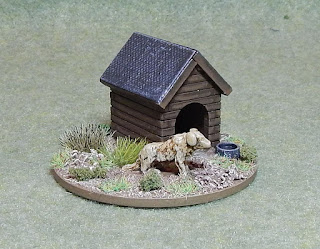 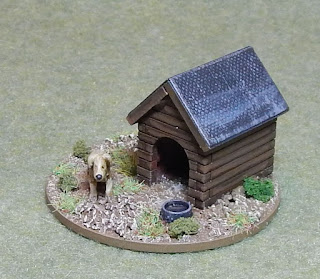 Next a dove-cote, which no longer seems to be in their web-store. Complete with dirty pigeon, 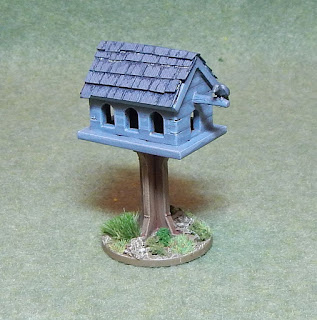 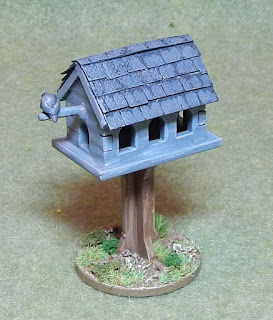 Here are a few more close-ups. As usual, the Testors Dullcote no longer seems quite so dull as it used to. 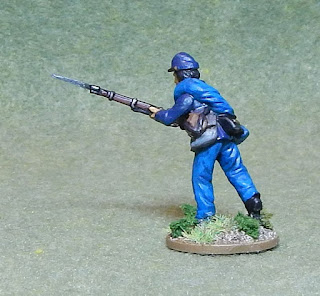 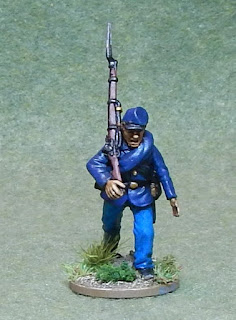 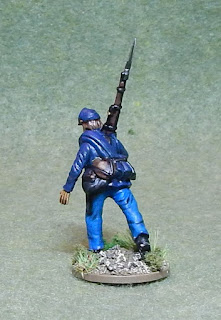 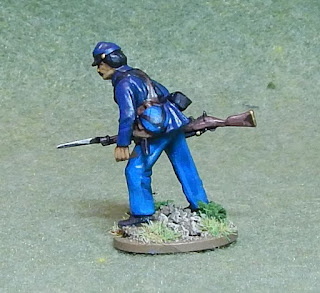 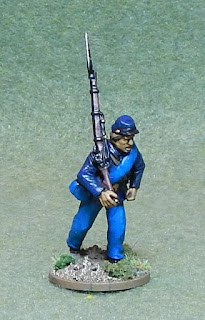