Gaslands: Rednecks on a Routemaster 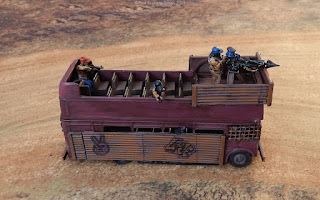 A couple of weeks ago I was visiting Chester and picked up in the model shop there a second hand open-topped Routemaster bus from their display cabinets. 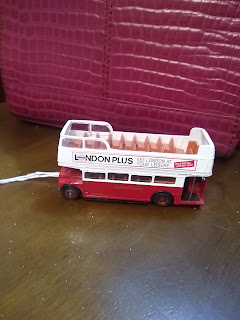 I think these things usually are lovingly displayed in pristine condition, not this baby! 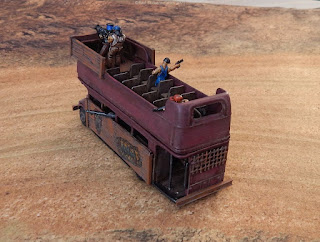 The top and bottom halves were separated and the windows removed. I then added some applique armour made from Wills corrugated iron sheets along the bottom windows and rear wheels.

Using the same corrugated iron sheets I built up a platform for the harpoon at the front of the bus. 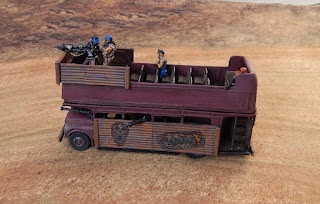 I added a pair of I-section girders for front and rear bumpers, then added some steel mesh to the drivers cab and rear lower deck.

I then started adding some armament, a tripod for the harpoon was built from more I-section, twin machineguns were mounted next to the driver and a single machine-gun each side.

All the weapons are from the North Star Implements of Carnage frames. 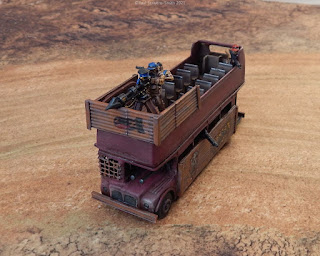 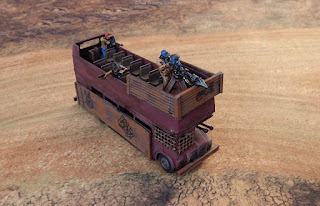 Once dried it got a coat of AP Strong tone and was set aside to dry. 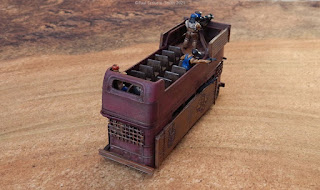 I then went back over the base-coats and added some highlights, for the red I added progressively more VMC Dark Red and for the rust added VMC Clear Orange for the highlights. 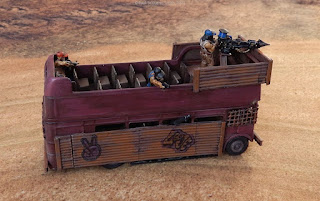 I then painted up the crew from a pack of Bootleggers from North Star. Just a basic paint job with a wash of AP Strong Tone. 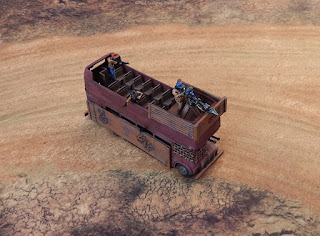 The decals are from a Debris of War set that I picked up a few months ago, they have some great ones for Gaslands. 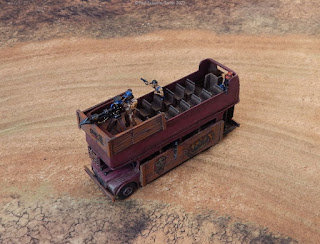 The whole thing was then weathered using a Tamiya Weathering Master kit. 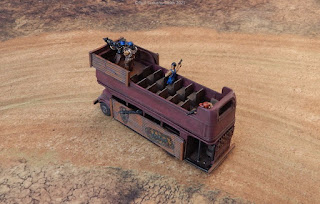 We are playing Gaslands at the club this evening, I'm quite tempted to give this a go! 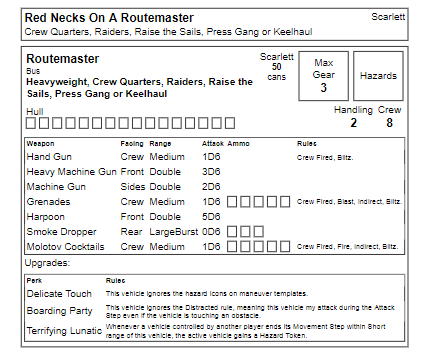