Gaslands: A trio of newcomers 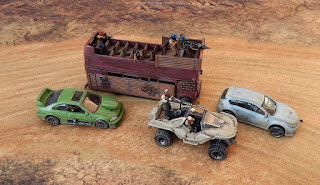 While photographing the Routemaster for the earlier post I also took shots of the latest three vehicles that I added. 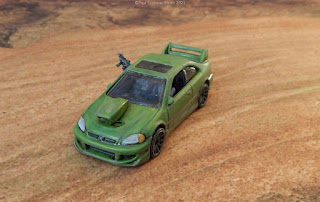 This was armed with a single front firing machine-gun and the hood adorned with a supercharger intake, both from the Implements of Carnage set. 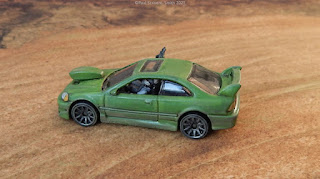 The crewmembers are from the Corporate Team set. I've been using the machine pistol as a Magnum in my recent game. 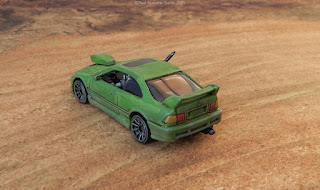 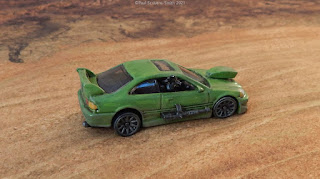 Why a snot-green Civic Coupe? Well this was the car I owned when we were in the US: 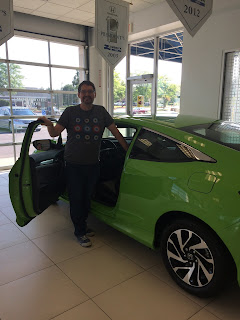 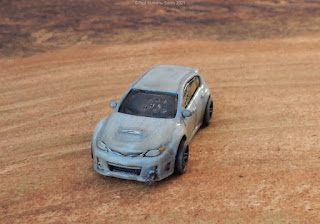 I picked this up from B&M when I got the Civic, it's pretty much untouched apart from the machine gun barrel pushed out front. 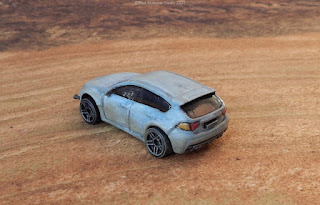 I don't think the light blue-grey paint job came out that well. Of all the vehicles done so far I reckon this is my least favourite. 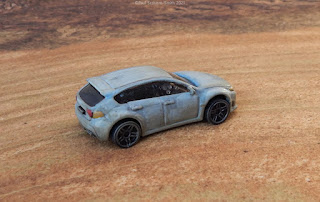 Final one of the trio is a large buggy-truck thing that Roger gave me. I think it's from the Xbox Unleashed set that is available. 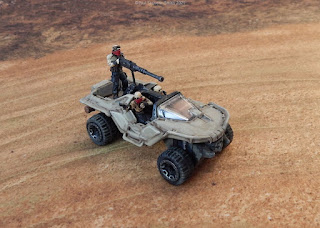 I cropped off the existing machine gun that Neil reused in his build here, replacing it with a pintle mounted one from Implements of Carnage. 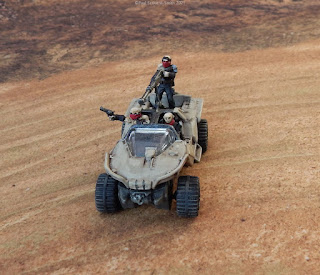 A huge IoC exhaust was also added to the build. The crew are from the Wasteland Warriors set also from North Star. 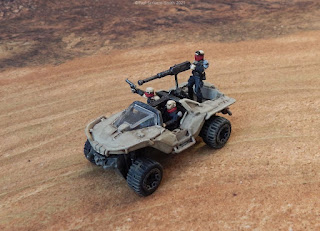 It's very big to use as a buggy so I think likely better suited as a truck than a car in the game so the three crew round it out nicely. 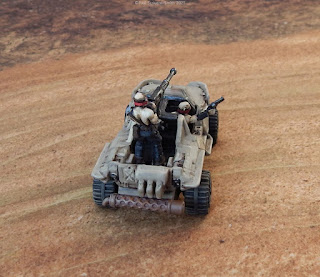 We are playing again on Thursday, I hope to get some use from these. 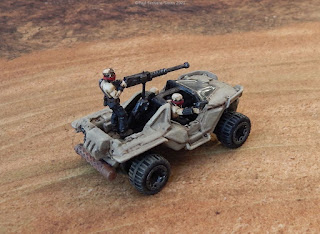