In the corridors of Fort Vaux 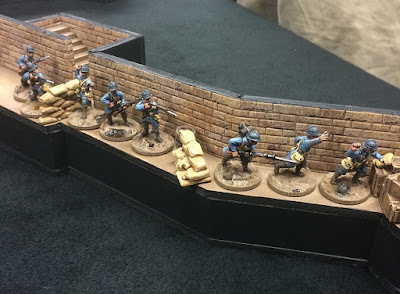 A couple of weeks ago James and I attended the Burton and District club to play Simon at a game of the Fort Vaux tunnel fighting game that James demonstrated at Hammerhead the weekend before.

The premise of the game is that it plays out very much like the historical events of June 1916. The Germans have taken the two forward ditch bunkers and have to break into the fort. The French have four days in which to stop the Germans else the cistern had been depleted and they must surrender. 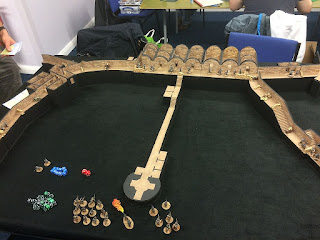 Each day is divided into four phases and both sides have resources, determined by the draw of a card, to use for that days fighting. At the start of the next days action both sides bring their section back up to strength and start again from where they left off the previous day. 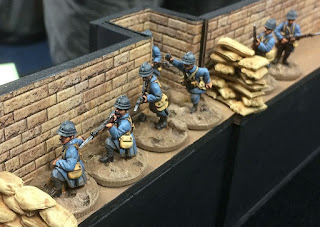 For the third and final game I played the French. On day one I did particularly well and the Germans were hardly able to get a foothold. However, on day two, Simon attacking from the west bought up a particularly effective FlammenWerfer and cleared the tunnel in a single bound. Bugger! 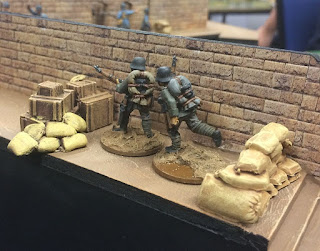 A great game, and James shall be running it at a few shows this year, if you get the chance do give it a go.

The fort was built by James and the French from his own collection, painted by himself. I painted the Germans and they are part of my own collection. 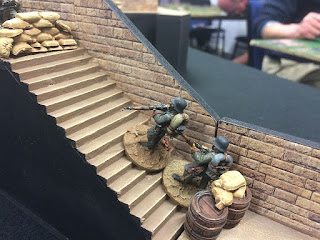 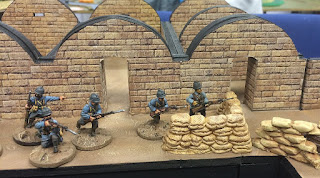 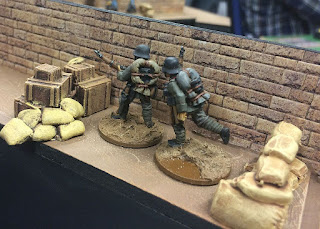 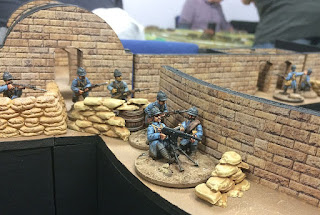 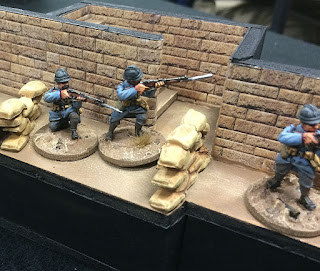