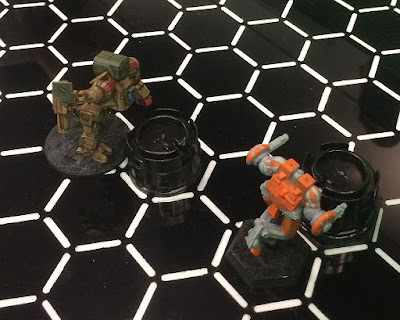 A late write-up but I've been away on business in Michigan all week and like a dufus forgot to upload the photos before I went.

Last weekend I attended the local GameHoleCon event at the Alliant Energy Centre, billed as he largest tabletop gaming convention in the upper Midwest.the place was certainly packed out with hundreds of gamers. I attended on the Saturday and as far as I could tell it was about 45% role-playing games, 45% board-games, 8% fantasy games (Warmachine & Warhammer) then a single historical game (a nice looking SCW game in 15mm) and the five of us playing Battletech, so for $35.00 for the day I would have been pretty light on activities if I had not already arranged to spend the day playing in the BattleTech arena. 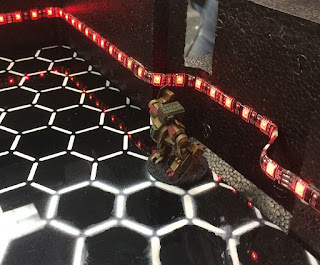 Drew has built two excellent combat arenas, from a base of computer packaging he has added hi-tech lighting and a mirrored black floor and other accessories to make a fantastic playing area. As you play barricades can be lifted into place to add cover and make channels between the protagonists.

Five of us would be playing in a round-robin over the course of the day and my Dragon saw off all comers apart from one, I'm afraid that I am a new-newbie to BattleTech, having last played in around 1989 I reckon, so I cannot remember all the exact details but suffice to say I had a great day against three great opponents. 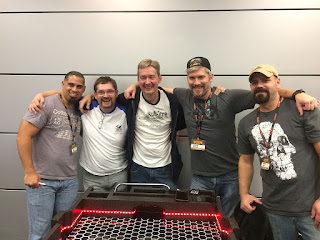 With a snub-nosed PPC and LRM launchers my Dragon was set up to engage in a long-range firefight and hopefully the opponents mech would be too battered to be effective when it closed for combat. I played games against Chris, Drew and Joe winning each in turn with my long range fire being particularly ineffective and then having some very lucky rolls when we closed to finish them off. In my last game against Mark the continued poor dice for my long range fire continued and he mashed me up bad at close range. Four great opponents and I'm happy (and shocked) to have gone 3 and 1.

To top it off among the food trucks doing the catering one of my favourites from many days out in and around Madison FIBs was in attendance, time for a great Italian Veggie-Brat and a beer with the chaps. 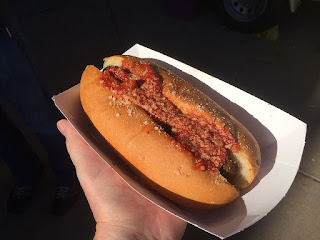 I polished off my spend for the day with a couple of new 'Mechs' an Arbalest and a Raptor II, I can see me playing a few more games of this.

More pics from the action. 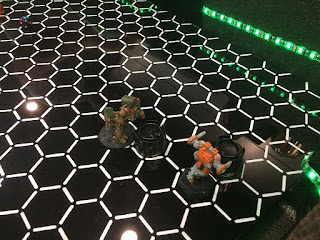 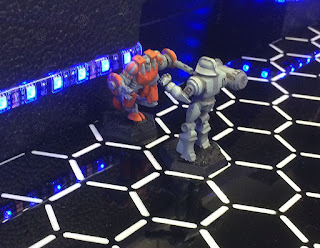 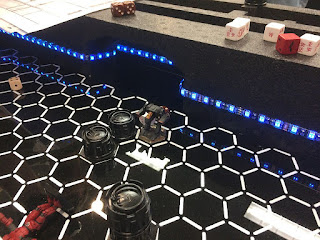 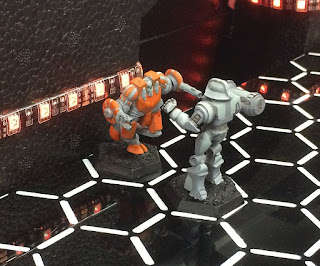 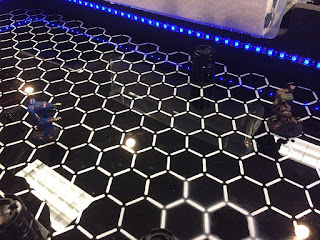 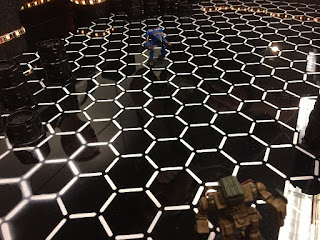 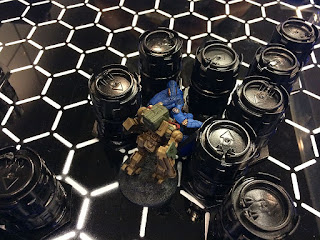 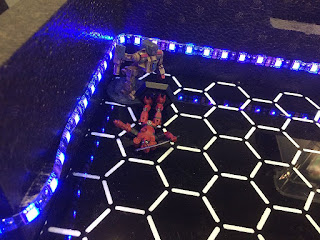 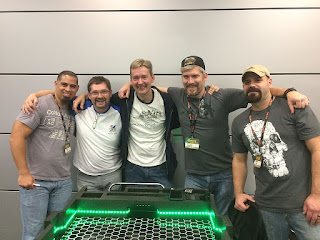 Posted by Paul Scrivens-Smith at 08:45