First Drafts - For Whom the Bell Tolls 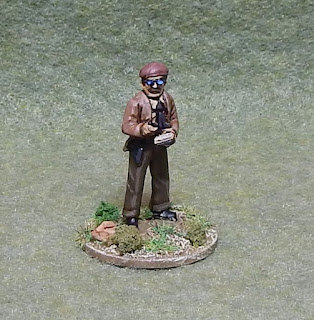 I have some great friends in the UK and James, my co-conspirator on many projects is an exceptional among them and regularly sends me figures from the shows he attends.

Back on May 21st was the great Partizan show, I've attended many but having moved to the US just over a year ago I've missed three since. However, the give away figure this time was an Ernest Hemmingway scuplted by Martin Baker. A beautiful casting that I painted up over the weekend that will now join my Spanish Civil War collection 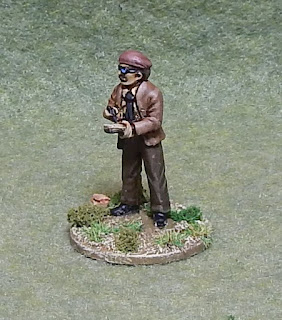 James along with fellow chum Tom put on two great Oppy Wood games at the show, one in 54mm and one in 12mm - madness I know - I suggest that you check out Toms blog for more detail. 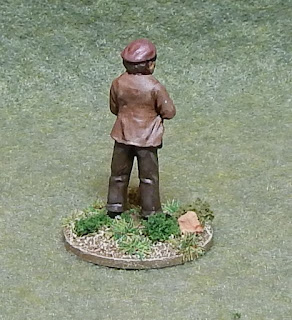 Posted by Paul Scrivens-Smith at 09:06