The long awaited order from Baccus finally arrived last week and I was able to restart painting on the War of the Spanish Succession project. This weeks update is mainly foreign troops in the service of the United Provinces.

I've done four squadrons of Wurttemburg horse, in their white coats and black facings they do look rather monochrome, even the squadron flags were black. This now takes me up to 24 units of Dutch horse in the collection. 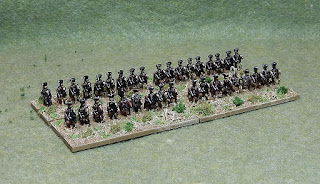 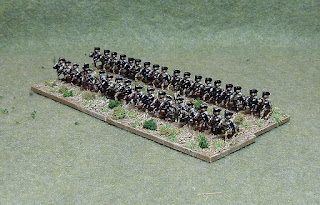 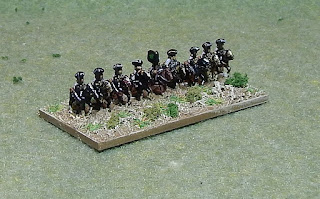 Next is a battalion of the Diesbach regiment, Swiss in Dutch service. Indigo blue coats break up the mass of grey nicely. 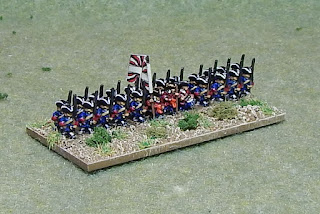 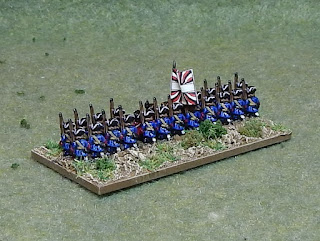 A battalion of Murrays' Scots in Dutch service, red coats and white facings and hose. I quite liked painting the red-coats so I plan to add at least a division of English to my allied forces now. 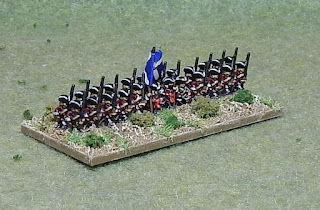 The final foot unit is a battalion of Dutch from the Ostfreisland Regiment, grey coats with red cuffs and waistcoats. 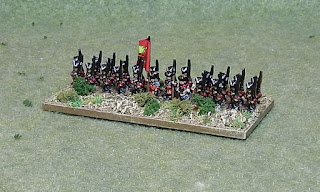 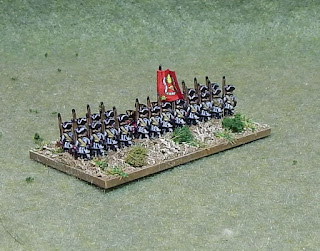 In the last order I added quite a few bits from the Equipment range so have started painting up some bases to use as morale trackers, rows of tents from the soldiers camp, flocks of sheep, a tumbril and two groups of civilians completed so far. 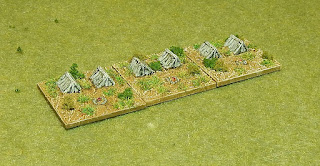 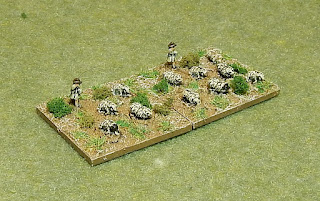 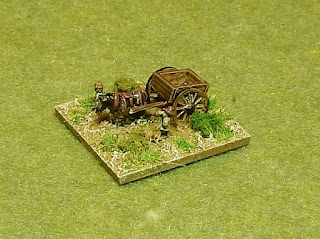 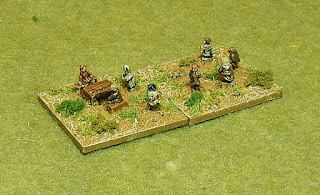 Posted by Paul Scrivens-Smith at 09:30