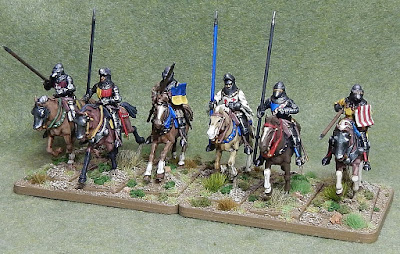 I have painted my first six of the eagerly awaited Perry Miniatures Agincourt Mounted Knights 1415-29 set released just a few weeks ago. As I was ordering directly from Perry Miniatures I took note that although the box only contains 12 horses there are enough parts for 18 riders so I picked up a couple of extra frames of horses so for an extra fiver I shall be able to field three units from the box rather than two. 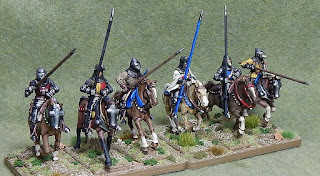 As with all the Perry Miniatures plastic sets they are really well done with plenty of options. The rider frame has plenty of men at arms in jupons and tabards etc. but there are also a couple of bodies to allow you to make lighter armed troops in hauberks as I did with the fellow with the blue over yellow shield.

I had planned originally to only get three of these figures done for the Analogue Hobbies Panting Challenge bonus round, but the harsh polar vortex kept me home most evenings this week so I was able to crack on and get the whole unit of six done. 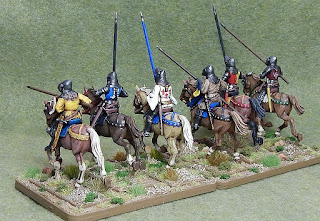 The variety of components in the set mean that you can have a lot of options on the horse armour, from just a simple chanfron, then adding criniere, peytral right up to mail flanchards (none of these in this batch, but there shall be some in the next).

The only thing not included is any caparisons and I must admit not having to paint heraldry on them is a bonus. 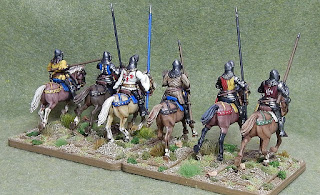 I've taken a couple of close-ups of each of the men at arms and their horse to give you an idea of what can be built from the components in the box. 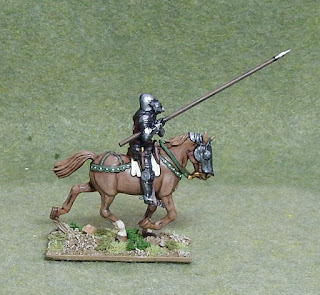 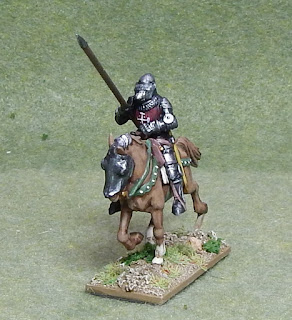 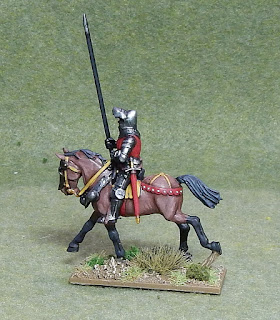 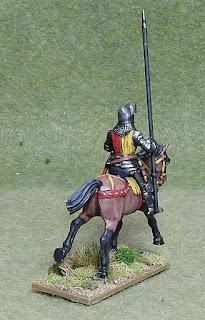 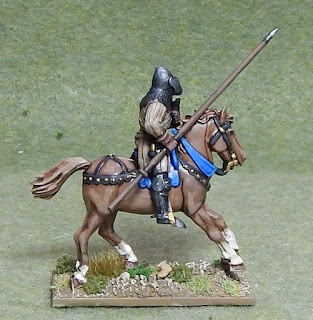 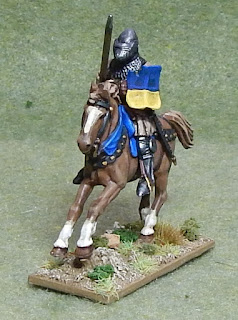 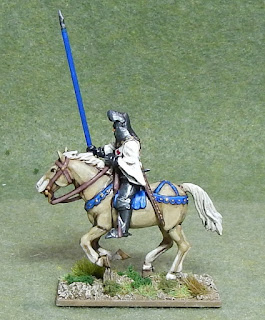 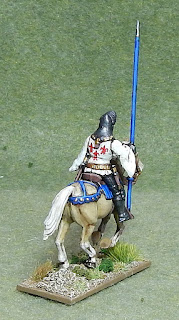 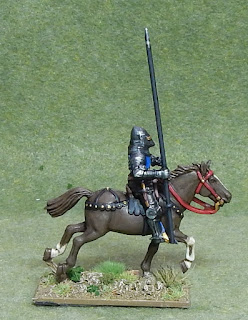 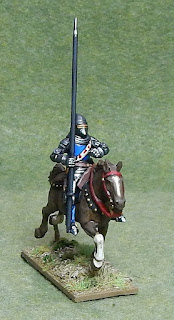 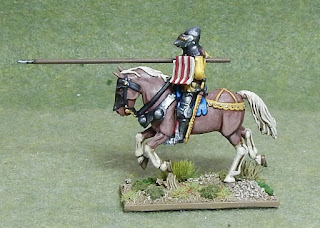 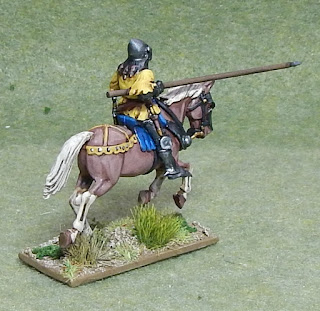 There are already another half-dozen assembled and primed and I hope to make a start on those this weekend.

Posted by Paul Scrivens-Smith at 08:01