Today I was extremely privileged to take part in another War of Spanish Succession re-fight with the Sunday Cake Club at Gripping Beast HQ in Evesham. This time it would be the Battle of Ramillies fought on 23rd May 1706 re-enacted using the Black Powder rules with some house modifications.

Chris, Paul, Bob and myself would be the Franco-Spanish-Bavarian alliance, with myself representing Maximilian II Emanuel the Elector of Bavaria. Eds, Mark, Martin and Joel would be playing the Grand Alliance of British and Dutch Republic. Steve was an excellent umpire and kept the game running very well.

The game was fantastic, but the Franco-Spanish-Bavarian alliance were soundly trounced, at the end of seven hours play, the Grand Alliance had lost six Brigades and we had lost eleven and were three off of our army breaking.

My troops, 12 Battalions of Foot and 15 Squadrons of Horse were deployed between the towns of Offus and Ramillies. I would be facing off against Marks Danish and Dutch and was roughly handled, we both were very poor in the firefight, but when it came to hand to hand I was terrible, typically I would throw five attack dice for my horse needing threes and regularly scored either no hits or just a single hit. I'd lose the combat and take my Break Test and rarely threw above a five! By the end of play I had lost five of my six Brigades - whoops. I guess it's all swings and round-abouts though and the luck will be back soon.

An absolutely fantastic day with some excellent chaps and some rather spiffing cakes.

Here is a whole selection of images from the game. 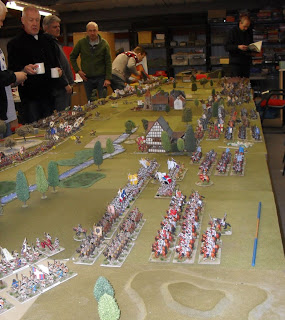 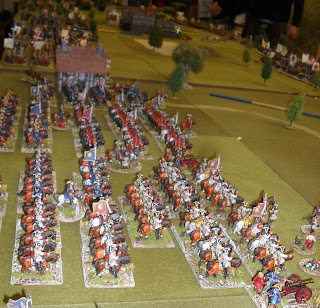 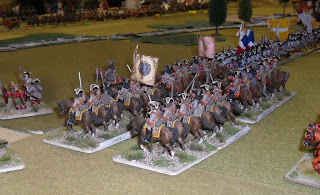 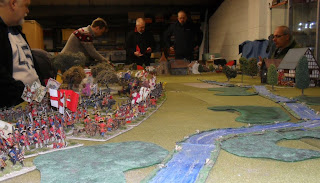 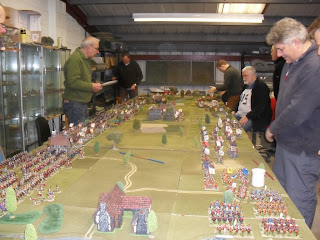 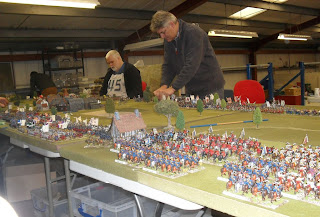 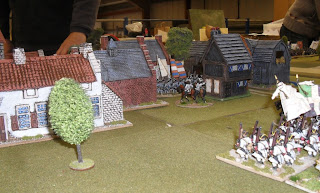 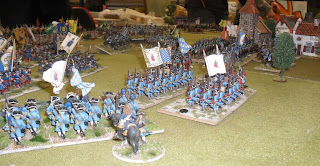 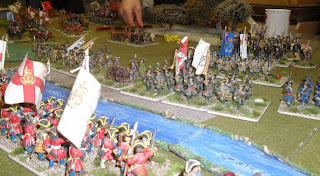 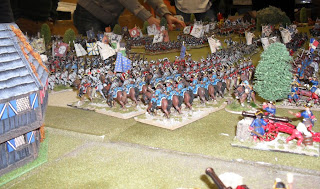 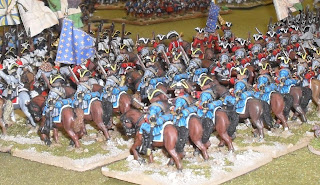 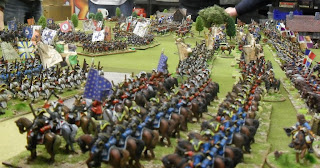 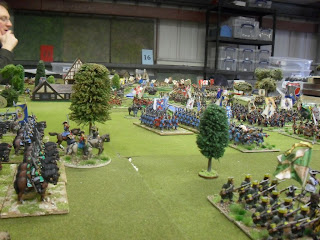 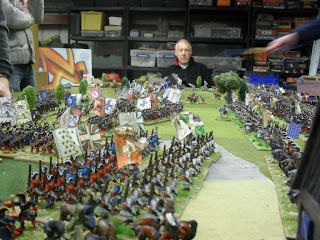 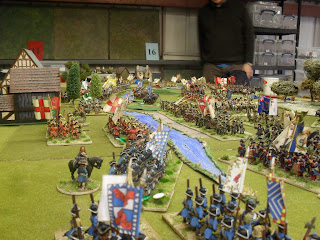 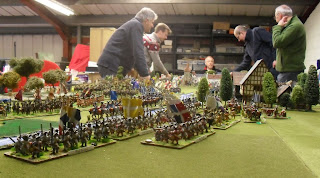 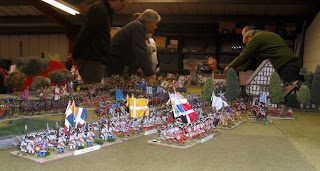 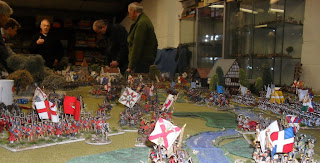 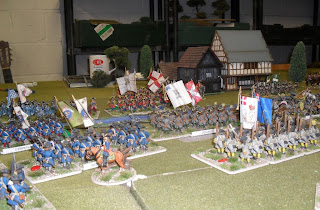 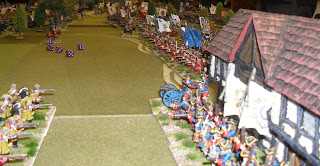 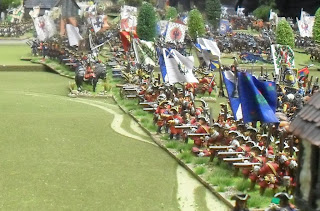 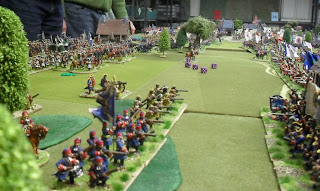 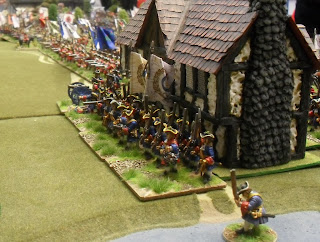 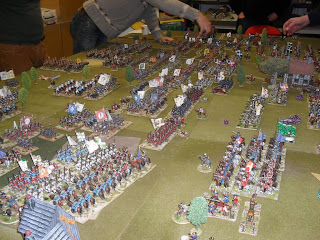 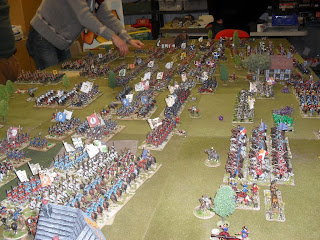 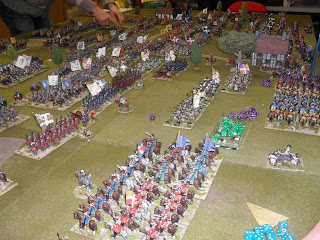