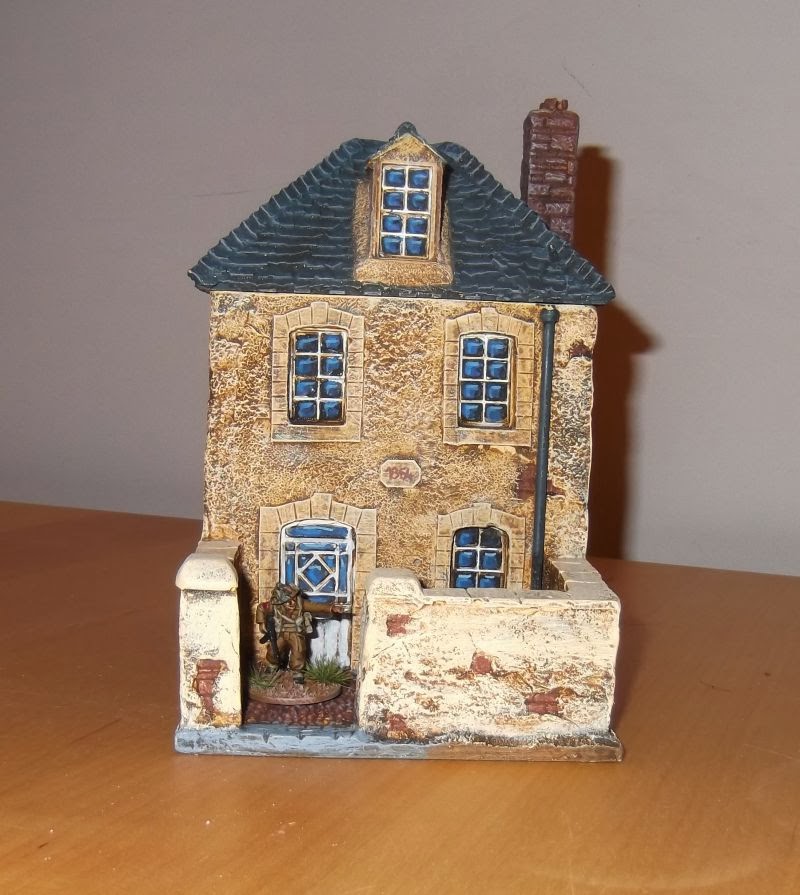 A couple of years ago mate Lee gave me a couple of 28mm buildings that he said I could have as he would never get them painted. I put them away in a box of other things that were also unlikely to get painted by myself.

At the weekend I was painting the scree and similar detritus for our Keren game and realised that the Dulux Dutch Gold No. 3 emulsion that I had bought for them would make a cracking base-coat for those buildings.

I dug them out of the box and gave them a coat all over of the Dutch Gold No. 3 emulsion and left them to dry. I then painted the slates in Vallejo Black Grey, cobbles and brickwork in Flat Brown, internal walls in Sky Blue, flagstones in Neutral Grey, windows in Black and then the frames etc. in Pale Sand. 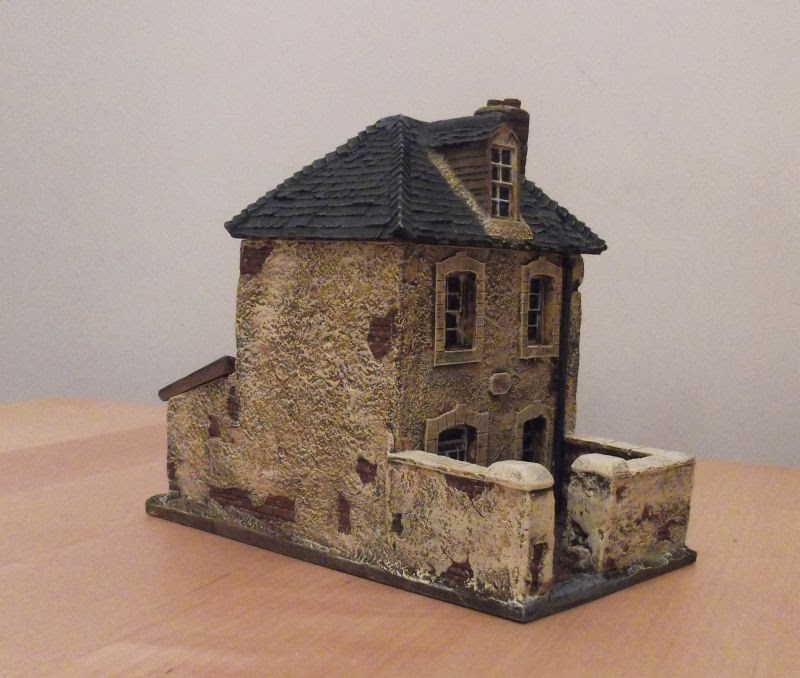 I then gave the whole thing a wash in Vallejo Sepia Wash and looked at it when dry and thought 'what the %$!# have I done!' It looked bloody horrible. However when I got home from work this evening I started  dry-brushing and highlighting back over with the original colours and a lightened shade and think that the results are a lot better than I thought that they would. The windows were finished off with three successivly smaller areas of ever lightening blues.

I took these images without flash and they are a bit washed out, so have included one using the flash as you don't really see the detail on the windows otherwise. 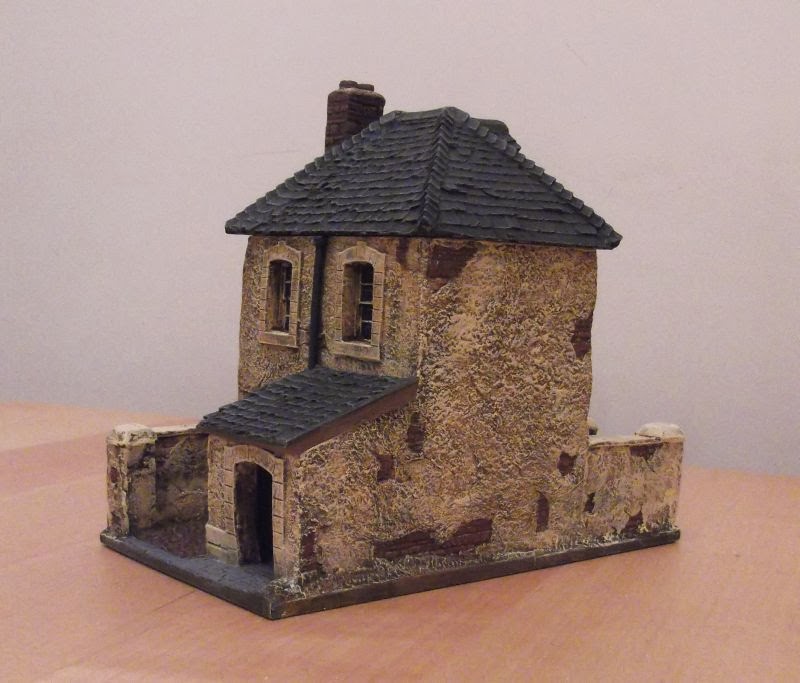 I'll finish off the base-coat on the other building and get that finished over the next few days.

Does anybody have and idea of the manufacturer of this building?

I have included a Warlord Games British Infantryman to give an idea of the scale of this one. 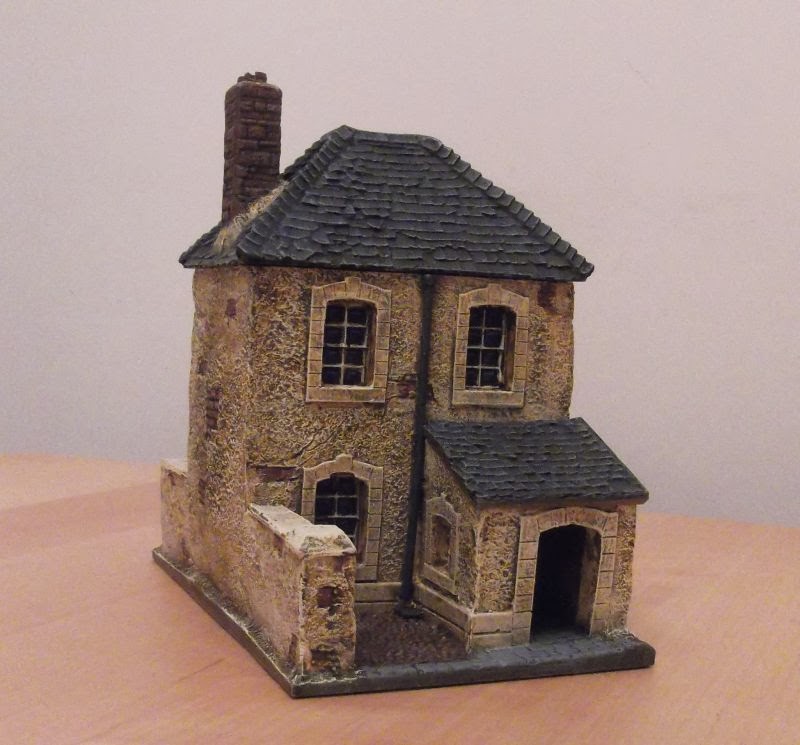 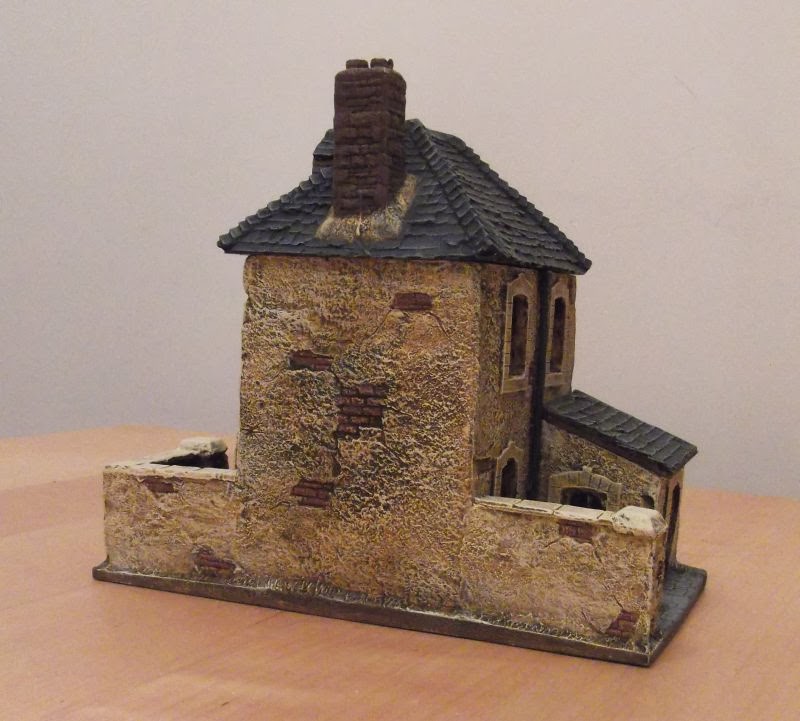 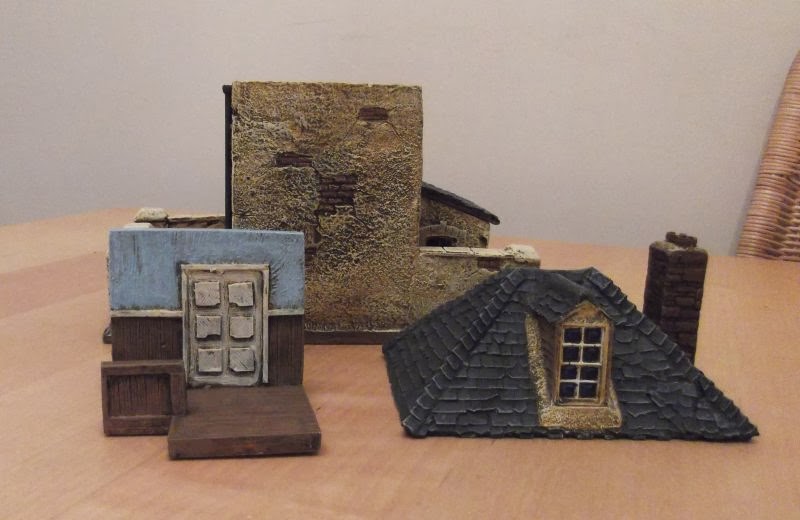 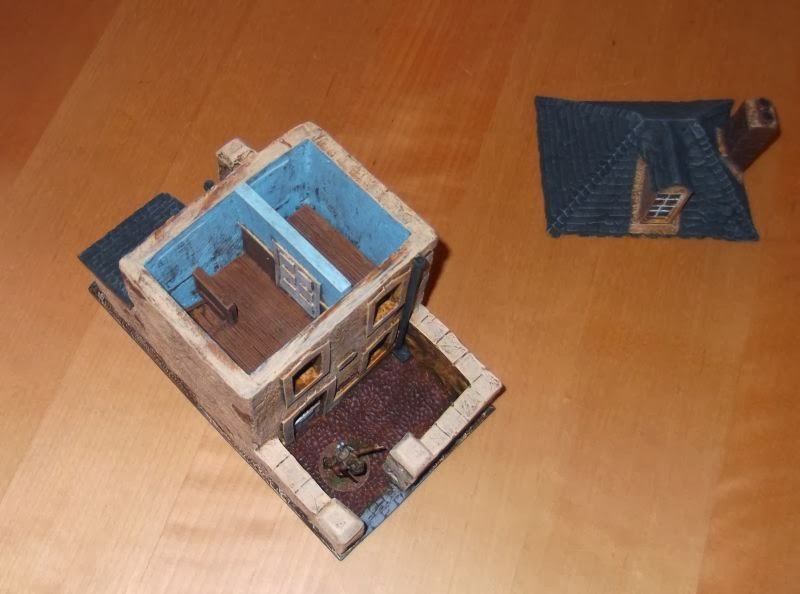 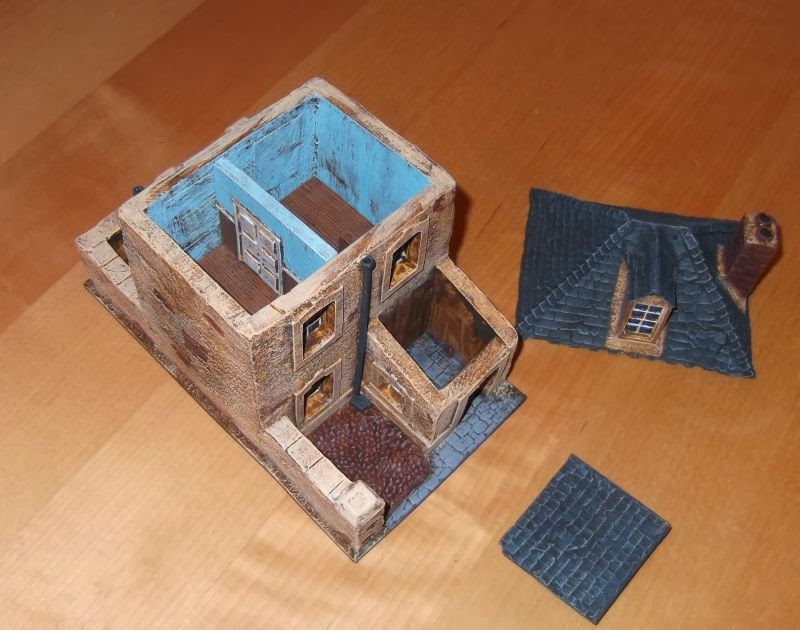 Posted by Paul Scrivens-Smith at 14:35