Napoleons 5th Hussars and a Battery of Howitzers

A few weeks ago Paul and I had a great game of Black Powder pitting my French against his Prussians. We arranged another game for tomorrow evening this time upping the ante from 750pts to 900pts. I could have made the difference by just upgrading the troops and commanders that I already had, but this was a bloody good excuse to get a few of those figures I have had lying around in the pile of shame painted.

A couple of weekends ago I made a start on a box of Perry Miniatures French Hussars doing the eight 'rank and file' troopers along with their horses, this weekend I did the officer and bugler and the two elite troopers, these were painted as the 5th Hussars using the painting guide supplied in the box. The uniforms are a base-coat of Vallejo Intense Blue that was highlighted with a little Pastel Blue.

I also had a couple of Foundry Miniatures French 5.5 inch Howitzers along with a pack of Foundry Crew, I added a couple of spare Perry crew to these and along with the command and elite Hussars painted them this weekend while drinking cider and poking the camp fire while Glamping in Yorkshire - see hideous and unflattering photograph!

I think that these extreme close-ups came out ok 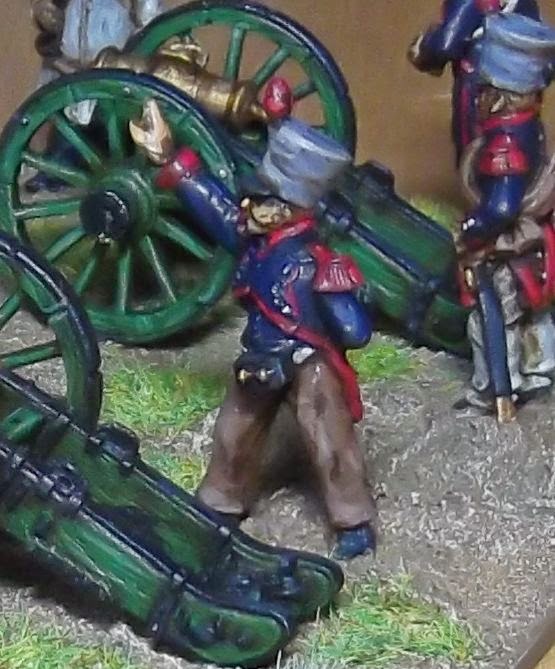 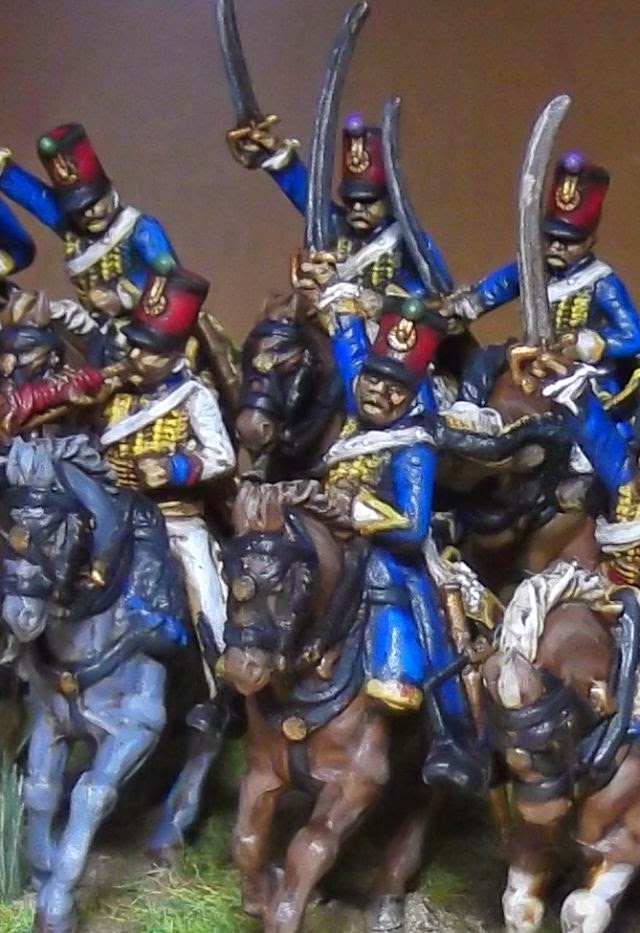 Here are a few more shots from several angles. 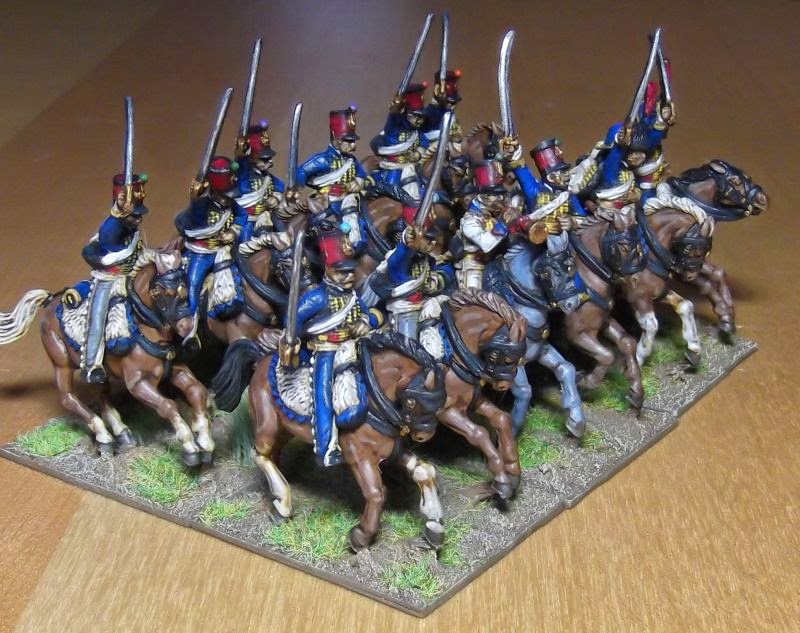 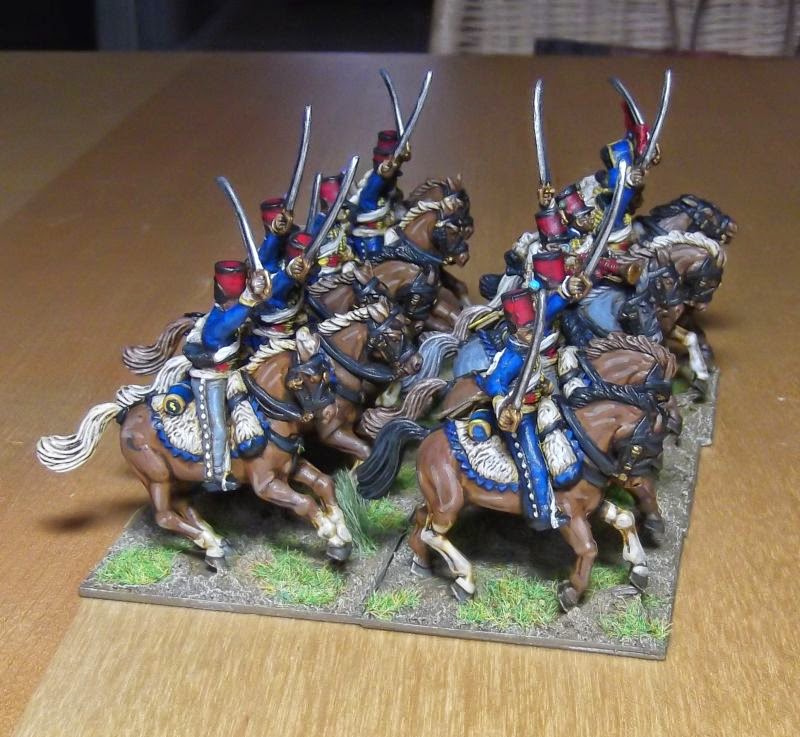 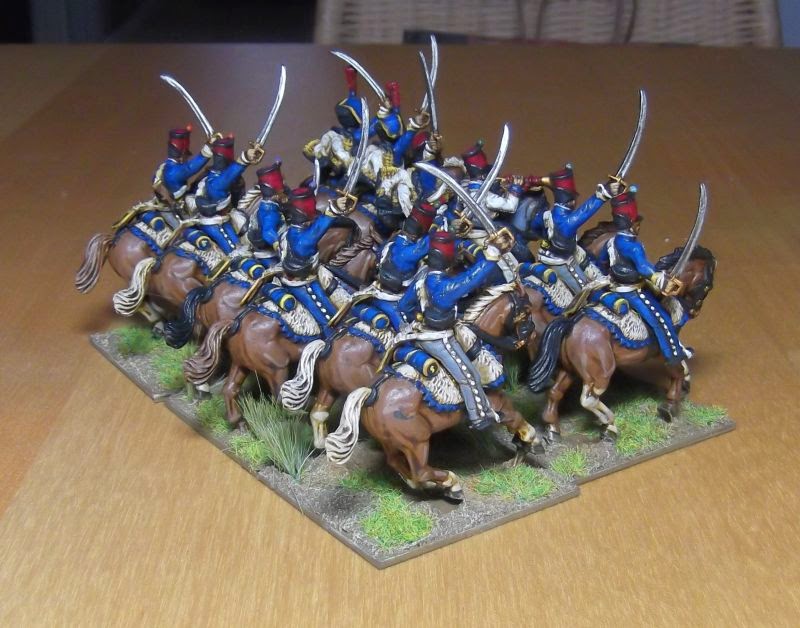 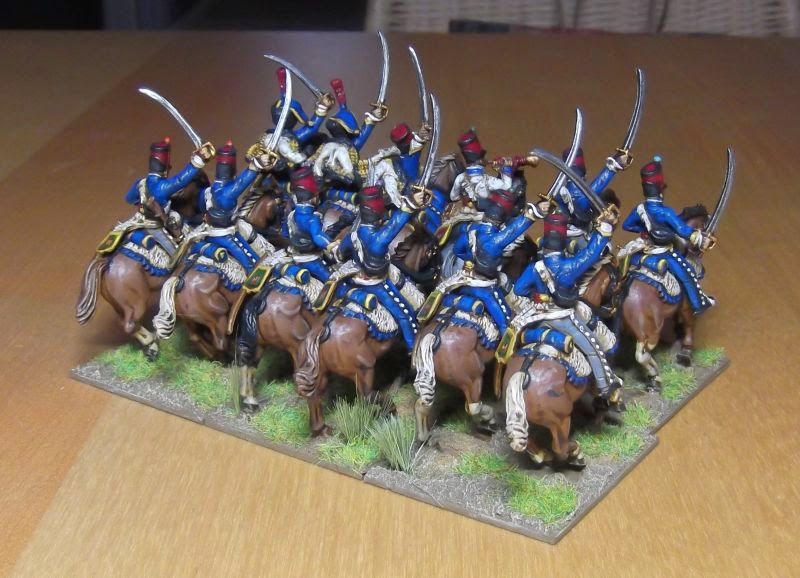 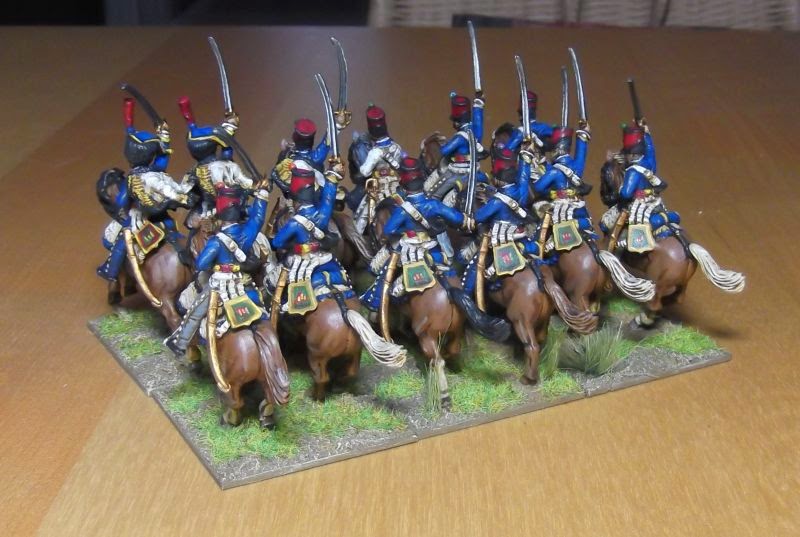 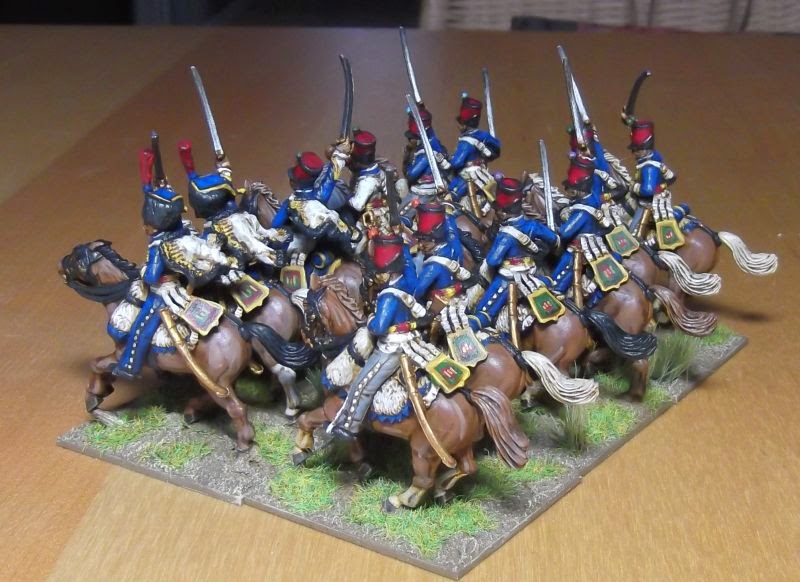 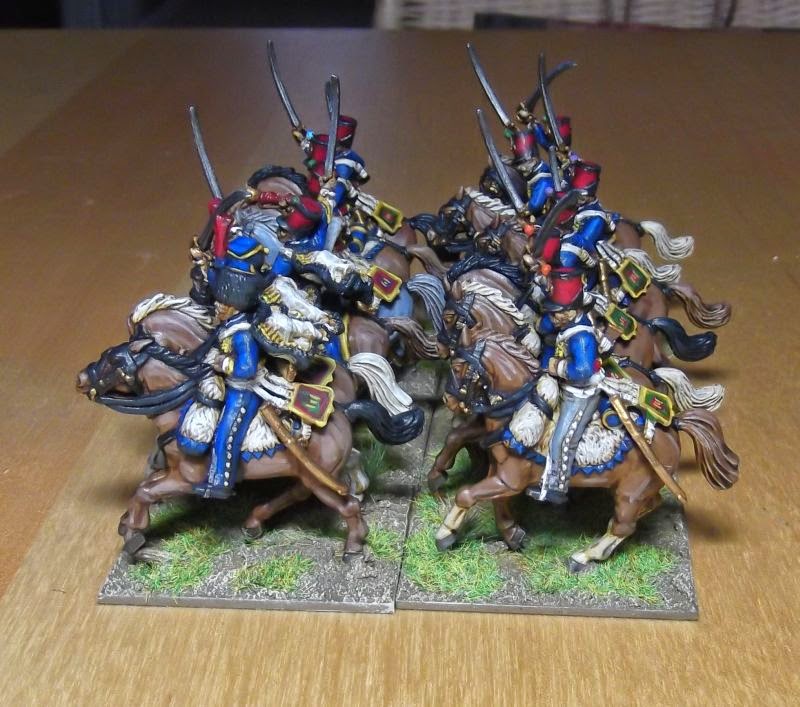 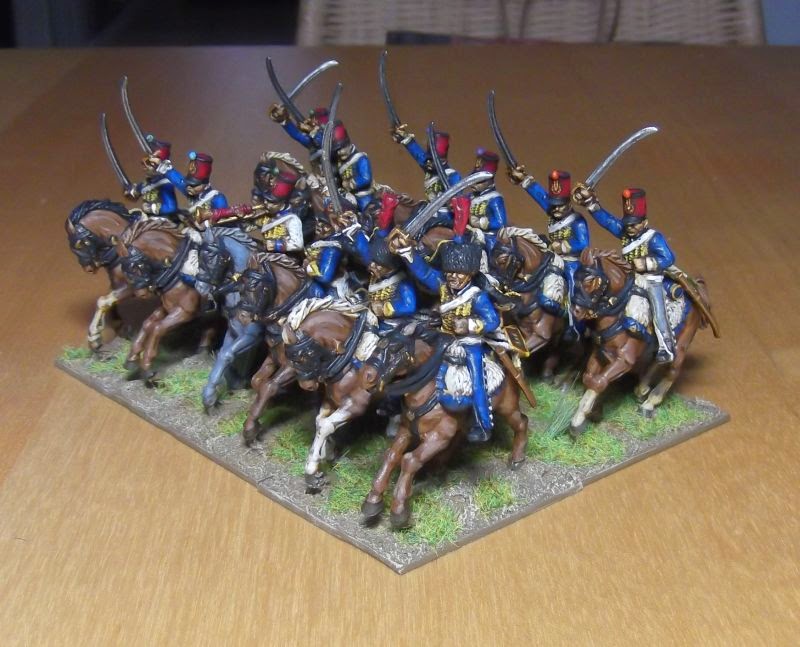 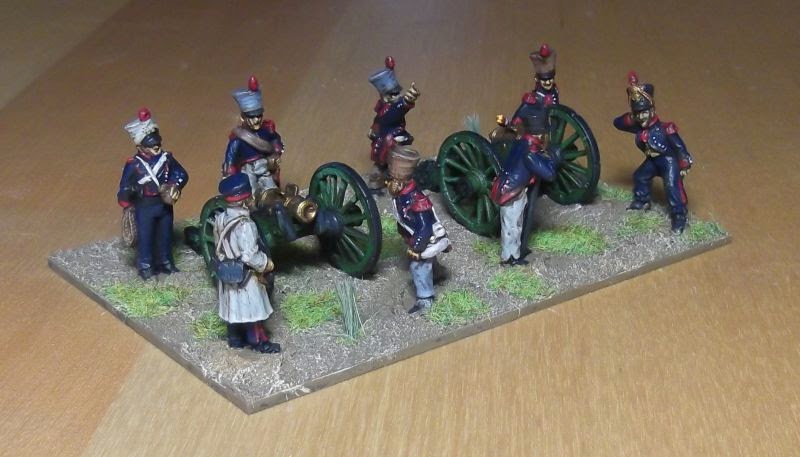 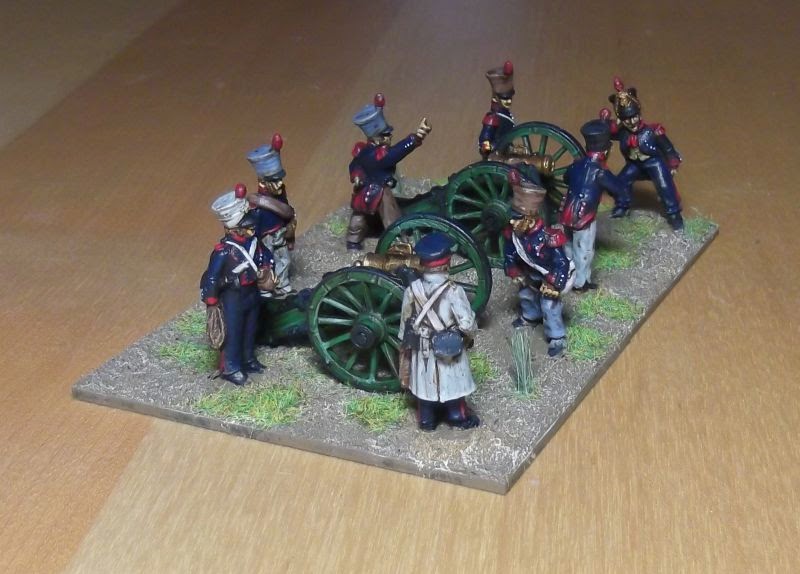 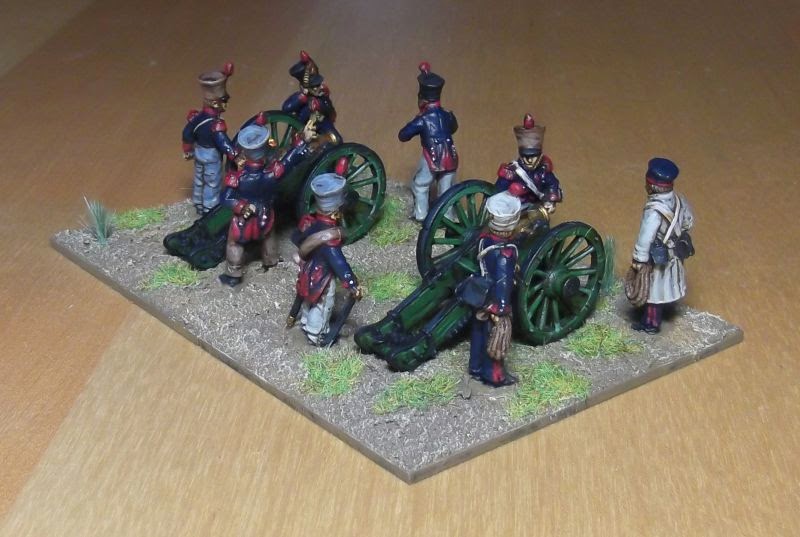 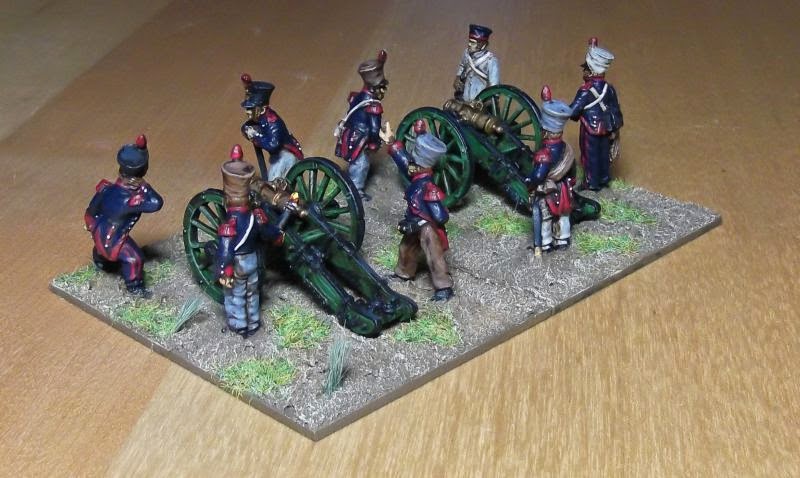