No dice and no rulers, how can this be any good - It Was Excellent 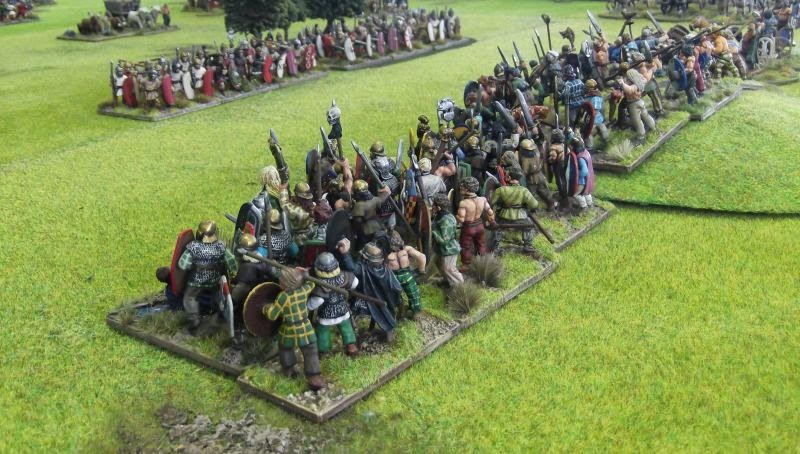 I mentioned in yesterdays post that Simon Miller came to Mansfield and in the morning we played a game of Chain of Command.

Well in the afternoon Simon set up a huge table and Martin in myself played a game using Simons' 'To the Strongest' rules. A truly epic game, well over a thousand figures on a 6ft x 12ft table.

Martin commanded a Republican Roman force, one half of his force was escorting loot back to the camp and had been ambushed by my Celtic force while the other half of  the Roman force rushed to relieve them.

Things started really well for the Celts, one of my units had a rush of blood and first broke one Roman unit, killing the General of that cohort and then immediately broke another Roman unit.

Martin was rushing his relief column up the field, harried by my light chariots.

Some bad command cards meant the Celtic attack stalled and the beleaguered Romans started to regroup, but the relief column also got rather sluggish. 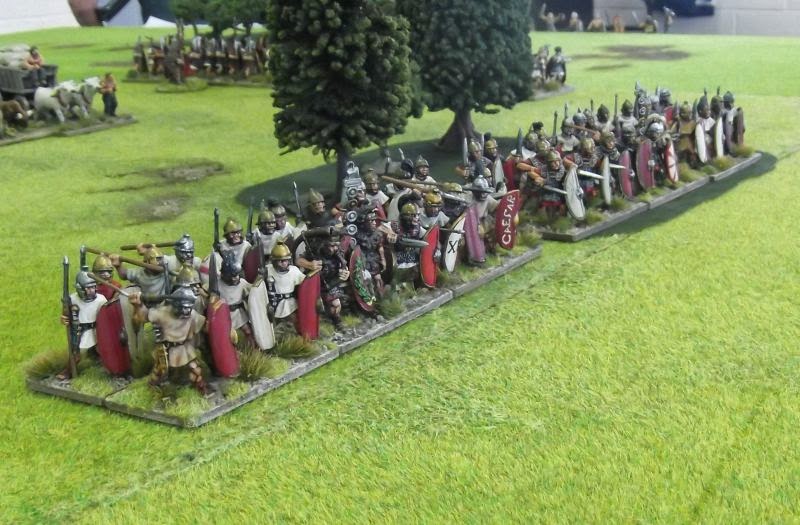 The Celtic unit that had earlier been so successful again polished off another unit of Romans, that cohort became demoralised. However I had seven other units of warriors and these were not of the same calibre of my super unit so the Romans defending the baggage still clung on while the relief column crawled towards them. 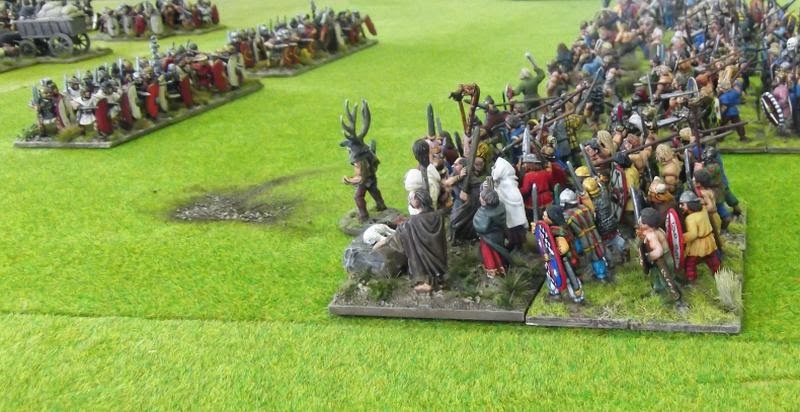 It was getting late and time to pack up, a shame really as despite my earlier successes the game was now in the balance, If I could kill three or four more of those shaky Roman units before the relief got engaged I would win, but Martin was now in a position where he could grab victory from the jaws of defeat. 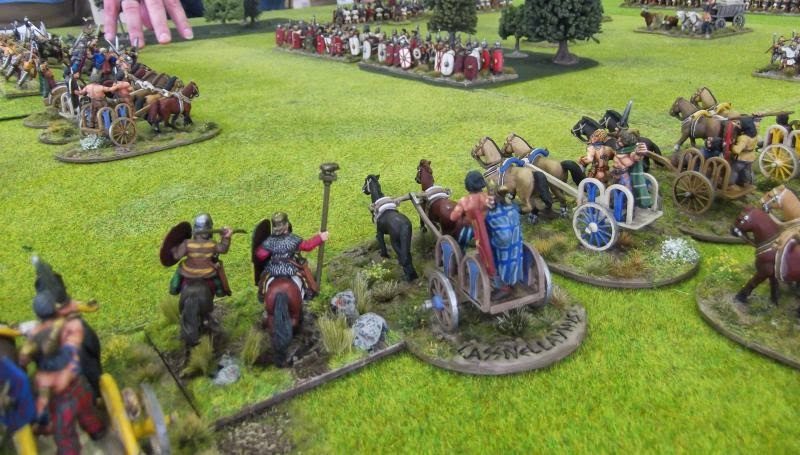 Simon is a great chap, his rules are great and he has a lot, and I mean a lot of lovely 28mm ancient figures.
Posted by Paul Scrivens-Smith at 11:37

Email ThisBlogThis!Share to TwitterShare to FacebookShare to Pinterest
Labels: Battle Reports, Punic Wars, To The Strongest