During our time at Crisis, James and I discussed a new Verdun 1916 project that we could work on over the coming months.
James will be doing some French and I will do the Germans. 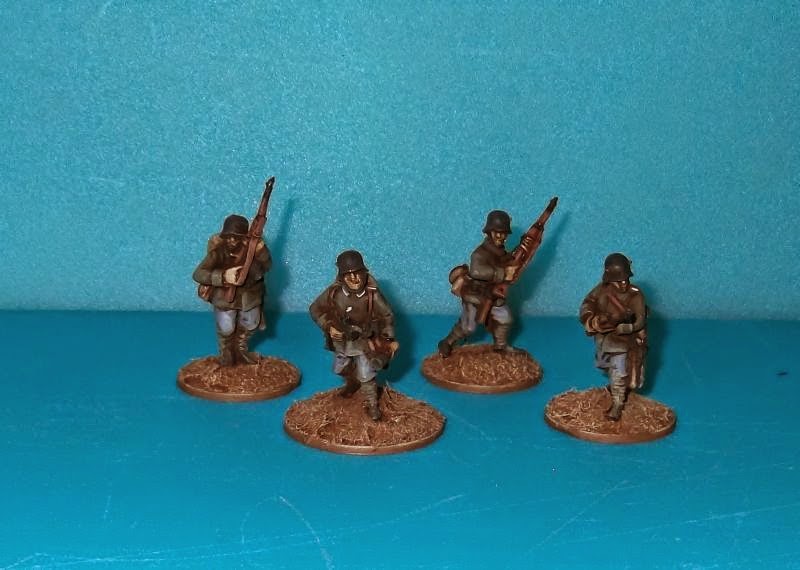 Once back, I spoke to Nick at Northstar and ordered a half dozen samples packs from the Great War Miniatures World War One - German Army 1916-1918 range.


I cleaned up the figures and stuck on Renedra bases, 30mm for the Officers and NCOs and 25mm for the rest. They were given a blast of Halfords grey primer and then it was on to painting. 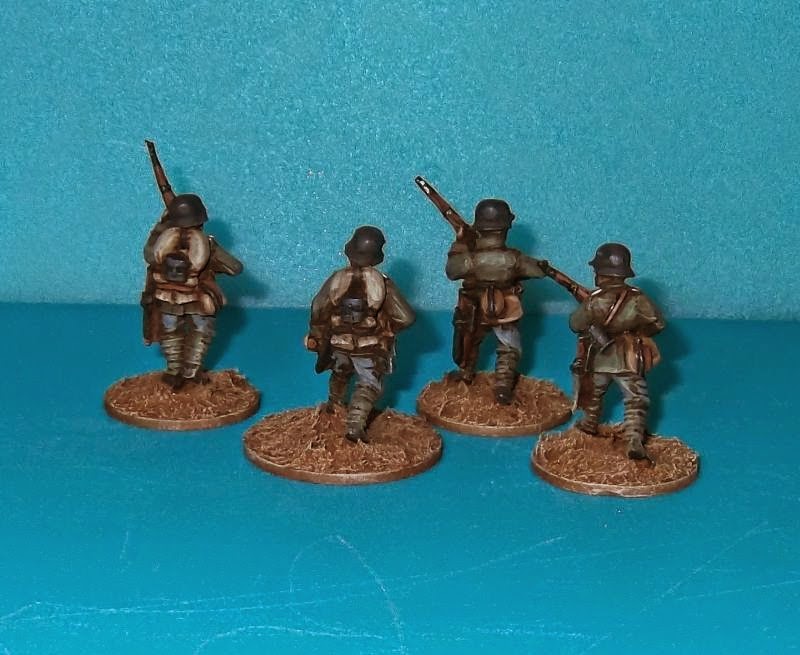 The uniform jacket and puttees were painted Field Grey, the trousers Neutral Grey and the helmets, mess tins and gas mask cases German Grey. I then painted the haversack, flesh and water bottle Beige Brown and the pack German Camouflage Beige. The rifles, slings, bayonet handles and some straps were painted Saddle Brown, while the remainder of the straps were painted Black, along with the Boots, weapon fittings, bayonet sheath, wire cutters etc.

The whole lot was given a coat of Sepia Wash and then highlighted: 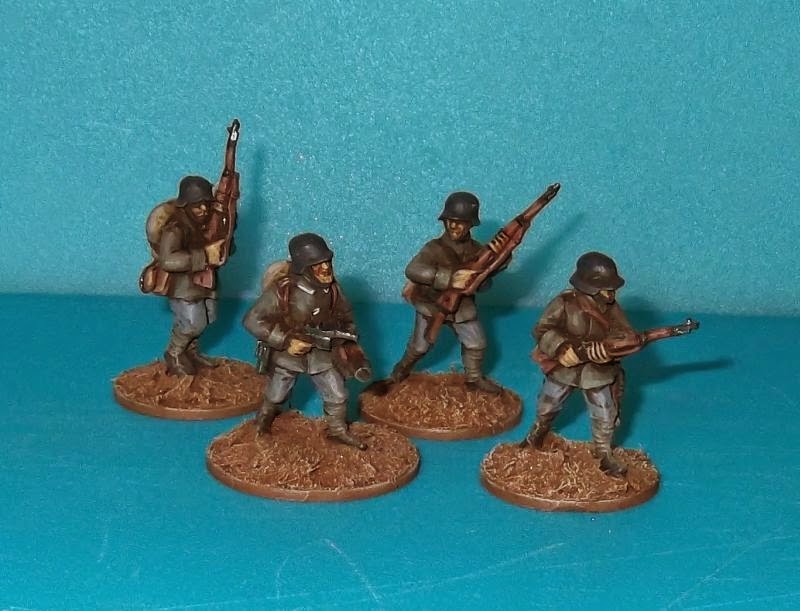 The shoulder tabs were given Flat Red unit markings then these and the NCO collars were picked out in Ivory. Finally, the detail was picked out in Peat Brown ink. The boots, puttees and trousers are then weathered with Tamiya Model Master mud.

The bases are a mix of pumice gel, sharp sand and static grass mixed into a paste with Flat Earth and applied to the bases.

The pictures are pretty shonky due to the dismal light levels currently being suffered.