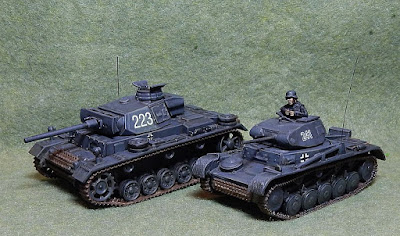 This week I've been adding to the Fall Blau collection, after adding the Soviet T-34 it was only fair that the Germans also got some armoured support.

Firstly a Panzer II, I think it's an old BAM model and I acquired it in a trade. Unfortunately it was missing the gun barrels and hatches, the 20mm cannon is from an old Perry Miniatures spear while the MG is brass rod, the hatches were fabricated from card.

A nice little model easy to clean up and probably only took about an hour to paint using my base-coat and wash followed by two or three of highlights method. 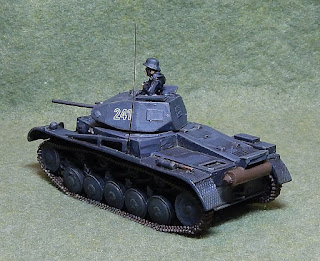 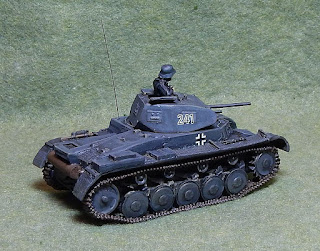 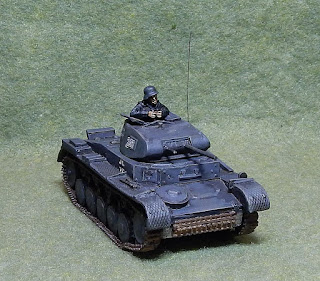 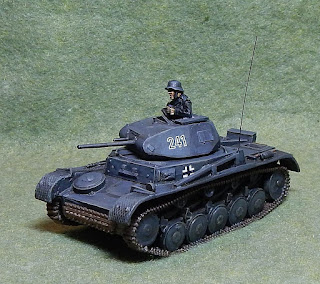 Last week at Little Wars I picked up a Rubicon Panzer III model, it's described as a PzIIIJ, M, or N and I planned to make it as an early model J with the 5cm KwK 38, but it only comes with the 5cm KwK 39 and I thought about cutting that down, but in the end relented and left as it. I'm pretty sure that the model is may be a IIIL anyway as there is additional armour on the glasis and mantlet. As with a lot of stuff on this project I'm being moved slightly later in the war.

A lovely kit to put together and again a really easy paint job.

I need to pick up a tank commander and get him painted. Searching through the collection I have about six of the Perry British ones but no Germans. 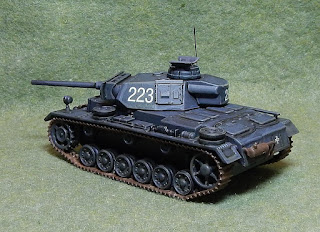 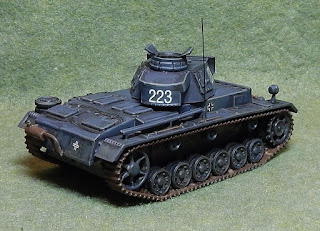 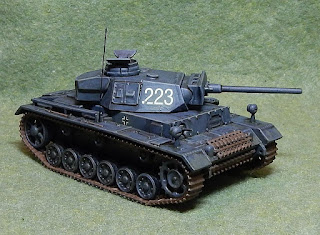 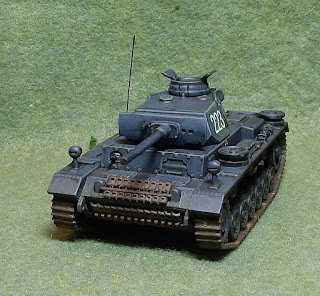 I have another T-34 to paint, this time a Rubicon model done in the 1940 configuration, hopefully that shall be ready for next weeks post along with more German armour.
Posted by Paul Scrivens-Smith at 11:10