It was September 9th  since I last posted to the blog, in my defence we did have visitors over from the UK, wife's birthday, weekend away Up North (it's a Wisconsin thing) and a business trip to Poland has rather crimped my gaming activity, although some Perry plastics were assembled Up North.

Last month I posted a regiment of Confederate infantry that was made up of a half box of Perry Miniatures American Civil War Confederate Infantry 1861-65 this week sees the other half completed. Like the last lot (here) they are mainly butternut, but quite a few greys and browns added to the mix.

I assembled these with a few components from the Union Skirmishers sprue too, so there is a bit of variety with chaps loading and firing among all those right-shoulder shift and advancing poses.

Flags as usual are from warflag.com

There is now enough Union and Confederate troops finished so we can evolve our games beyond the  Sharp Practice large skirmishers and start looking at Longstreet and other games.

Here are a few of the close-ups. 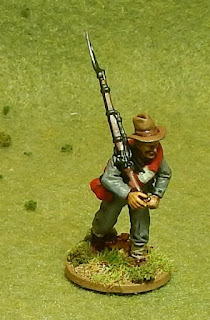 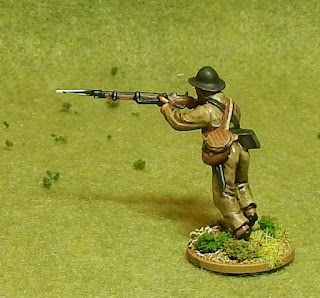 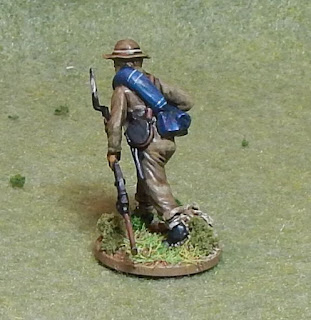 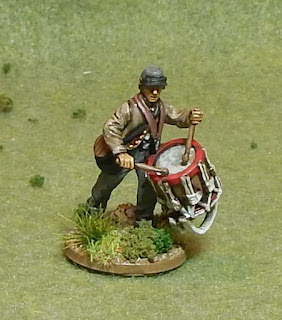 Posted by Paul Scrivens-Smith at 09:48