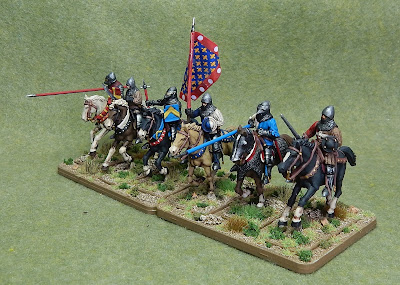 This week I finished off the last six French mounted Men at Arms from the box of Perry Miniatures Agincourt Knights. I'm not usually somebody who enjoys painting cavalry but these have been a delight to get done. 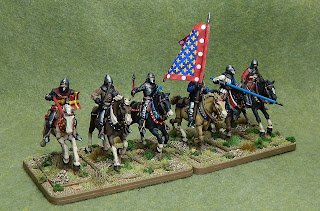 The standard is Comte d’Alencon from Battle Flag and is carried by a mounted sergeant made up from one of the lighter bodies in the set. 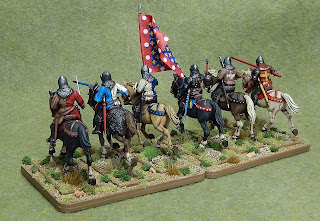 Of these last six I used three of the lighter armed bodies in hauberks and aketons, as I mentioned before if you buy a box of the figures directly from the Perry's it makes a lot of sense to buy the extra medieval horses as you shall get 18 figures out of the box rather than six. 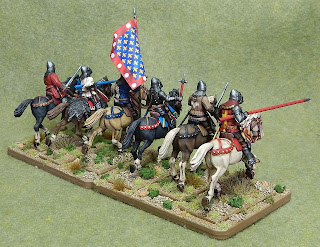 Here are some individual close-ups, the first being a mounted sergeant in the livery of the city of Rouen. 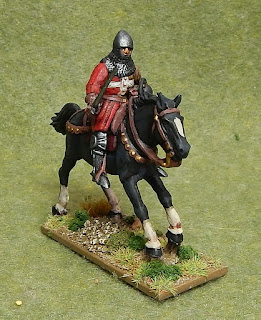 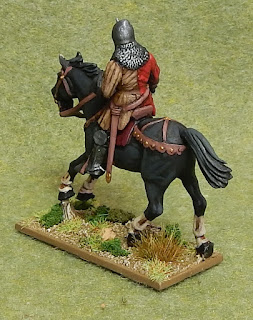 A mounted man at arms, his charger has mail peytral and croupiere. 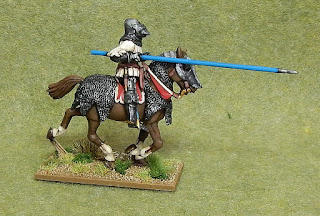 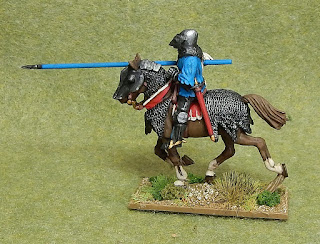 The second is a mounted sergeant carrying the standard of the Comte d’Alencon. 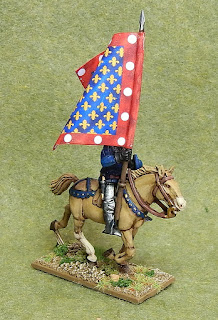 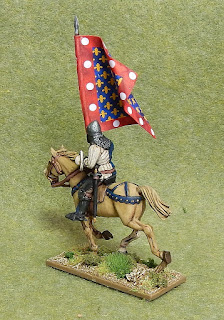 The third is a mounted man at arms in white armour with arms azure a chevron or. A design from my own imagination, there were about 16000 French men at arms at Agincourt, somebody must have had this. 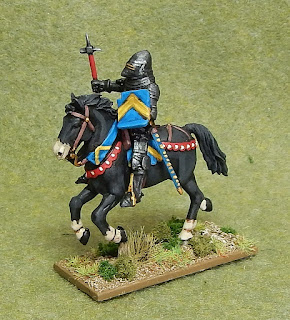 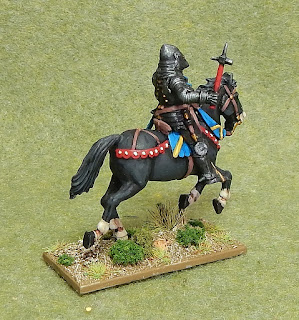 A mounted sergeant in simple aketon. 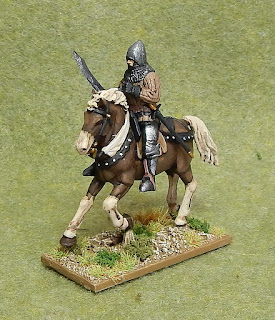 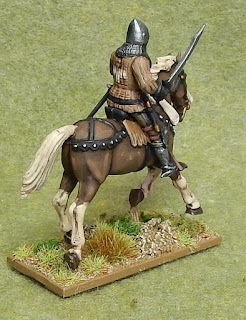 The final knight has arms gules a cross or. He has a cloth covered aventail, a nice feature available in the box. 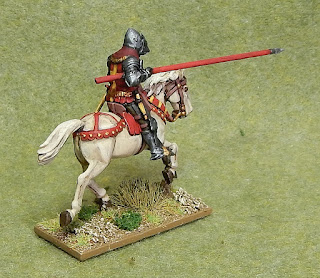 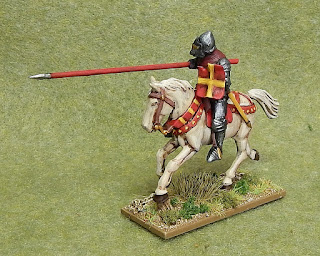 I thought that as I had completed all the Agincourt Knights that I bought this would be a good place to show a group shot of all 18. 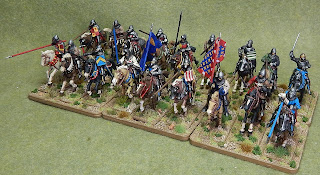 I'm also pretty much out of figures for this project now, a dozen pavisers are awaiting shield transfers from LBMS and the last few  English men at arms shall be in another post.

After these I was left with five figures to paint so I completed the small group below. 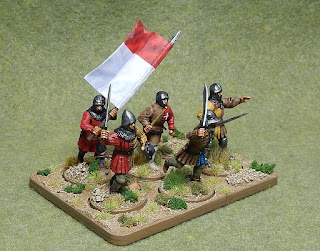 The flag is Sieur Chaunot from the Hundred Years War range from Battle Flag and is likely a little early for Agincourt, but adds some colour. The flags are a little large for the Perry standard poles so I had to trim it a little. 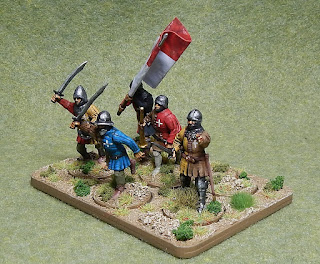 These shall come in handy if I need to stretch out a few extra units for a game and I'll add to them when my next order arrived. 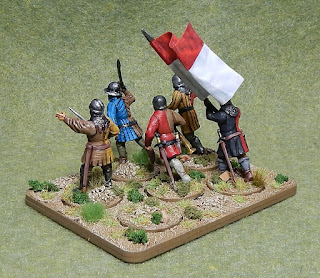 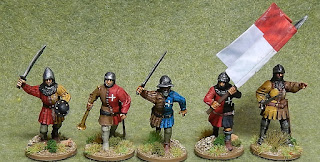 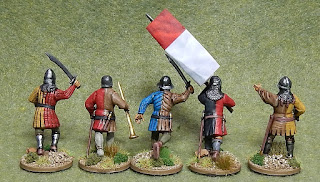 Posted by Paul Scrivens-Smith at 16:38