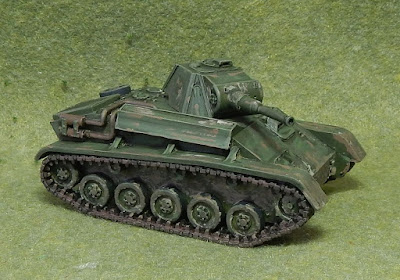 It's a lovely clean kit that takes very little preparation, I washed mine in soapy water and gave it a light going over with a needle file in the few places where it needed a little flash removing. 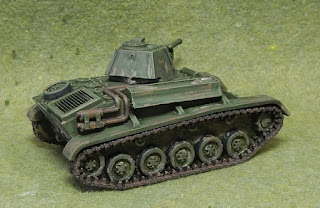 The whole thing was given a base coat of Rustoleum Camouflage Beige and then blocked in with Vallejo Russian Green. The tracks and exhausts were base-coated in a rusty mix of Saddle Brown, Black and Gunmetal Grey then the whole thing was covered in Army Painter Strong Tone.

Once dried I re-applied the base-coats then did a couple of highlights on the Russian Green by adding successively more Iraqi Sand to each layer and the exhausts and tracks were also highlighted. 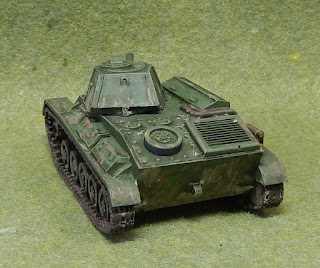 I then set about making it filthy with some Tamiya weathering kits, mainly a mud stuck, then mud, dark sand and light sand weathering powders. Then adding water to a rust powder and leaving some rusty bits.

So, a nice clean model that I have made filthy! 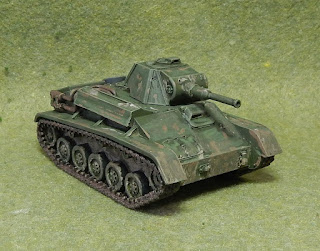 Posted by Paul Scrivens-Smith at 07:25