This week I finished off the last few Crusader Miniature Senegalese Tirailleurs that I picked up from Northstar at the Partizan show back in August. 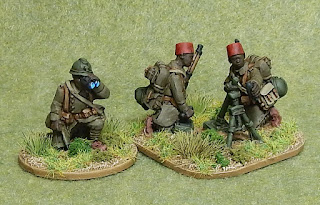 The first group is a NCO (Junior leader) with a 60mm mortar with a couple of crew. 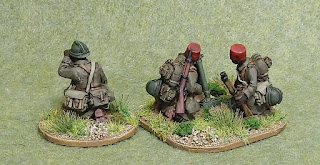 The original French heads with Adrian helmets were replaced with Senegalese heads.

The second group is another three infantry men who will be used to either make up the numbers on weapons crews, or go towards another Groupe de Combat. 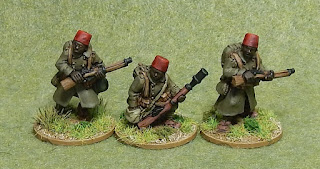 All were painted using my previous palette, although as noted on that article I think the small packs were too pale, so I did them off a base of Khaki this time. 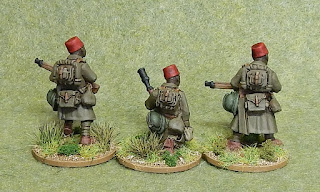 All the platoon and supports are now painted, now to use them in a game.....
Posted by Paul Scrivens-Smith at 12:18