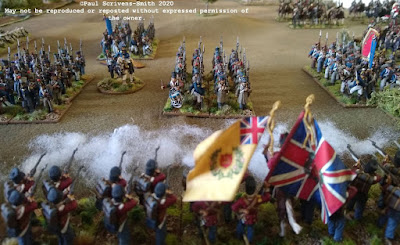 Back in May I started, albeit on a whim, painting Napoleonic forces for the 1815 Hundred Days campaign. Five months later I finally felt that I had enough done to throw on the table.

I was able to field three Brigades comprising eleven units a side for a small solo game of General d'Armee.
The French forces were 6 battalions of line, 1 regiment of Hussars, one regiment of Chevaux Legere lanciers, two regiments of Chasseurs a Cheval and a battery of guns.
Opposing them were an Anglo-allied force of four battalions of British foot, two battalions of KGL foot, a battalion of KGL rifles, a battalion of Hanoverian Landwehr, two regiments of Light Dragoons and a battery of guns. 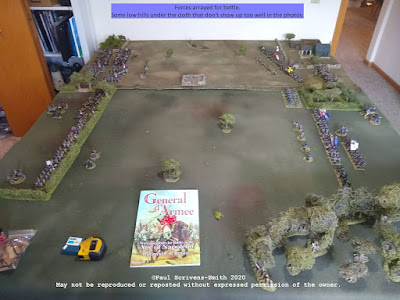 The report follows below in annotated images. 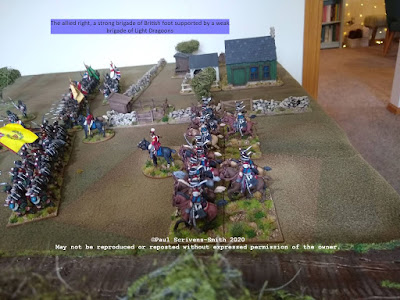 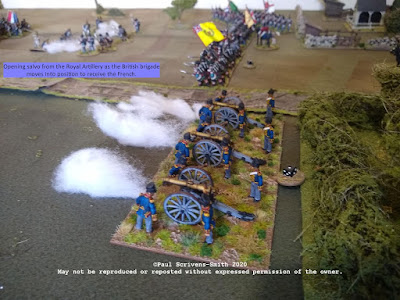 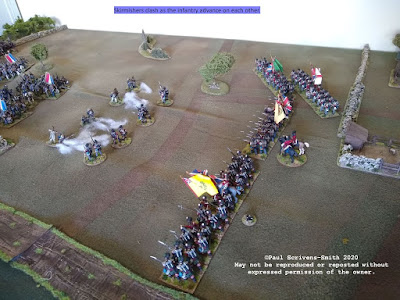 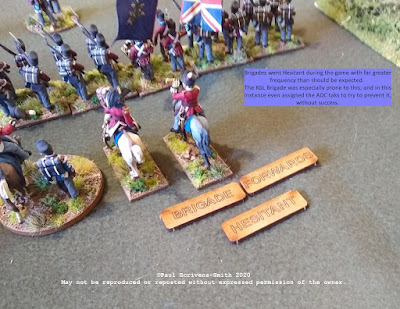 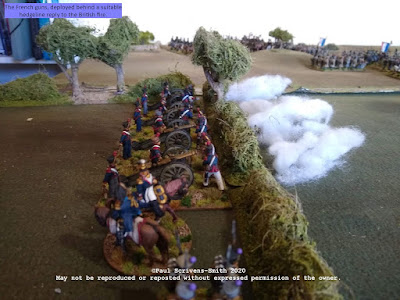 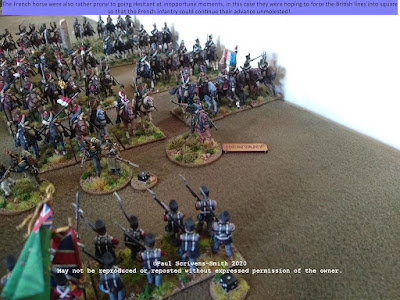 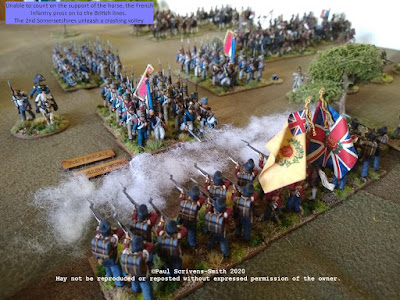 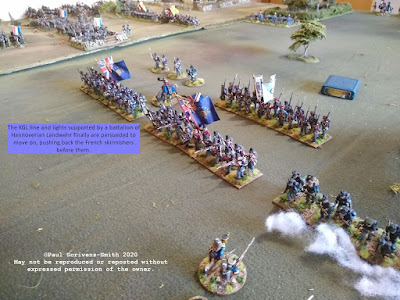 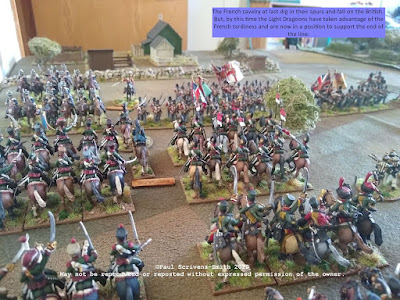 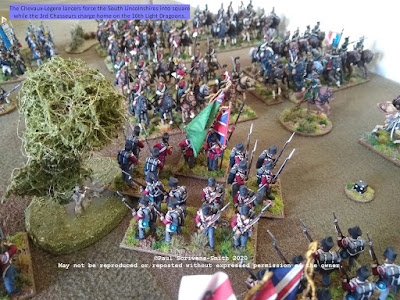 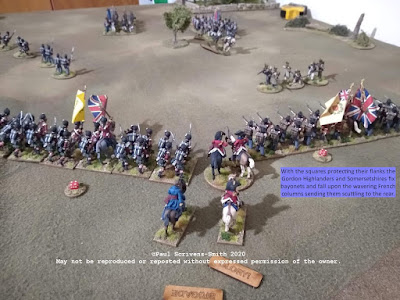 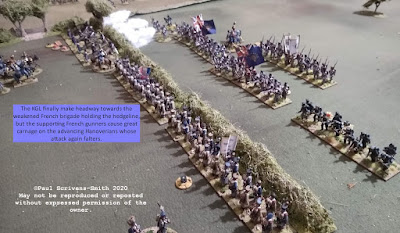 Both sides suffered very badly from poor ADC rolls (both sides had at least two turns each with no ADCs) and brigades going Hesitant at the most inopportune times even when Brigade ADC's were assigned!

I'm calling a winning draw to the Allies, both forces were badly beaten up but as the French had just about run out of infantry and their artillery was very close to dispersal.

It was a fun game, and the rules work well for solo play, but I think that both sides need more units. The French certainly need more infantry and the Anglo-allies more cavalry for a start.