More Blue Bellies for the ACW collection, this time the 36th Pennsylvania Volunteer Regiment, made up of Crusader Miniatures picked up from North Star. 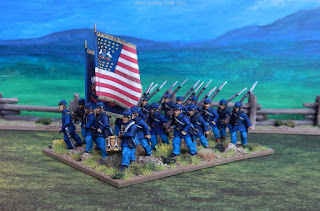 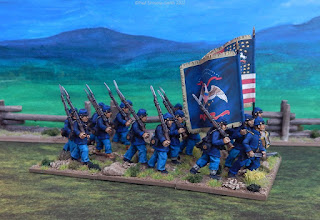 It's a fairly small range that is often overlooked, but it's giving some nice variety to my forces that were previously all Perry Miniatures. 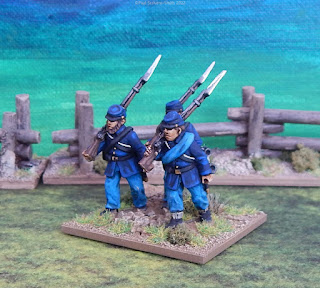 They are a little thinner than the Perry figures but do mix well on the table, but, I'd not have them in the same units. 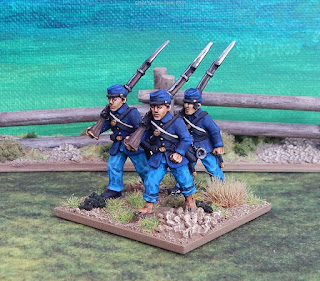 I saved a couple of bare footed figures from the Fighting 69th I added last time, this is probably a better shot of one of them. Don't fancy walking over that patch of rocks before him though! 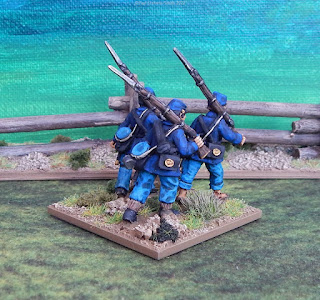 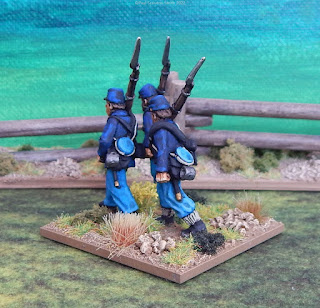 The standards are from the Flags of War range and I've managed not to fog them this time. 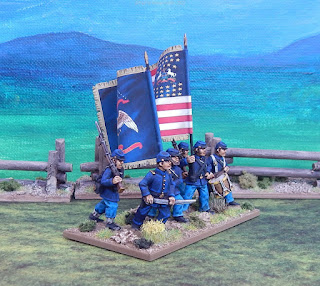 When there is a trim, like on this pair I do like to cut a few notches out of it and leave the edge a little less tidy. The fringe is then repainted in bronze, then gold with some thin black lines added so it looks like a fringe rippling rather than a solid block. 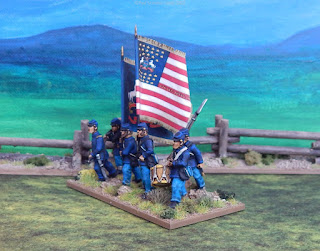