It's the Union turn to get some attention, so a quick order to North Star and I've added a union of New York Irish to the collection.

All the figures are from the Fighting 69th. set from Crusader Miniatures and are lovely casts, although a bit thinner than the Perry Miniatures so look a bit more sparse on their bases, maybe I should have mounted these in fours rather than threes. 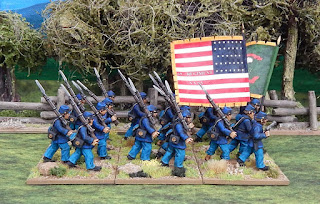 Several of the figures are supplied bare-footed and they give a bit of flavour. 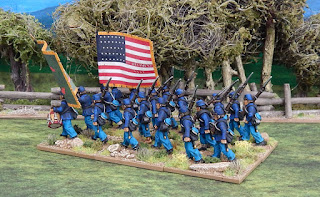 The standards are from Flags of War and are included in the set, having looked at the photos, the green seems a little fogged by the varnish, so I'll likely give that another coat of brush-on to sort it out. 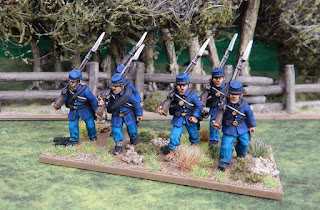 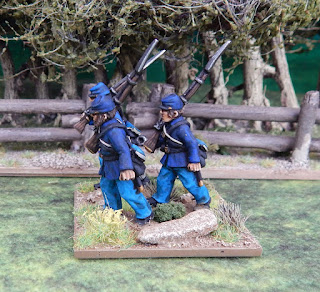 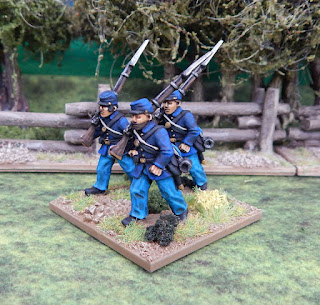 Hope to get these chaps out on the table soon.