I've been working away at the Christian Spanish for the El Cid Campaign Day that Tom and I are running in October.

I've decided that the best way to get these done is to start off with a four-point Saga war-band and add figures from there.

The figures are all from the Perry Miniatures - First Crusade range. They are lovely figures, but I'm rather concerned that the bridles do not have a strap over the end of the horses nose. I've already started adding some green-stuff straps to the next lot that I am currently preparing.

So far I have an Infante and two sets of four Caballeros that just need some finishing off and the bases doing.

Some close-ups of the Caballeros: 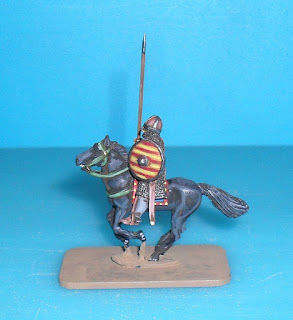 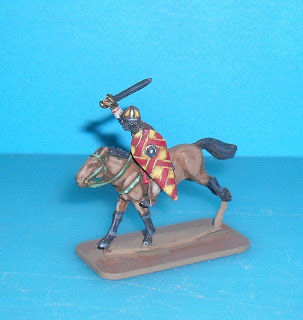 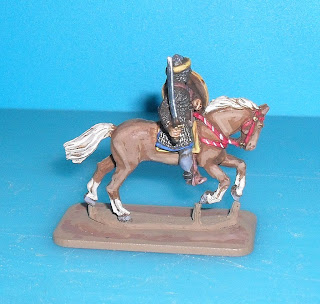 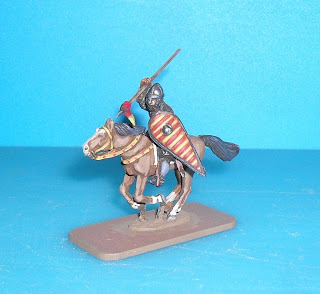 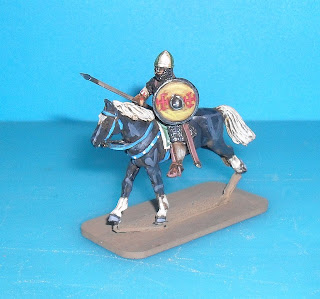 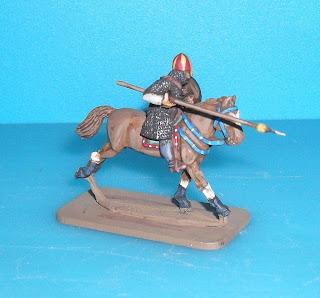 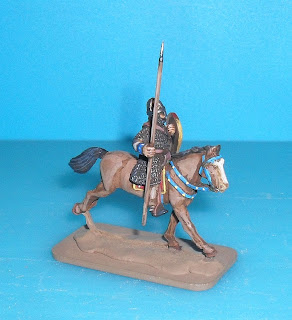 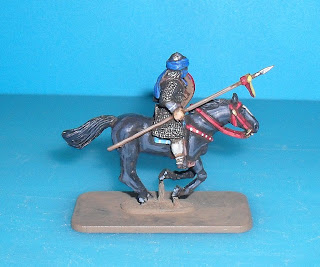 Next up on the painting table, being base-coated are eight Peons.

As you can probably guess I'm trying to tie the force together with red and yellow shield designs.

Posted by Paul Scrivens-Smith at 16:20