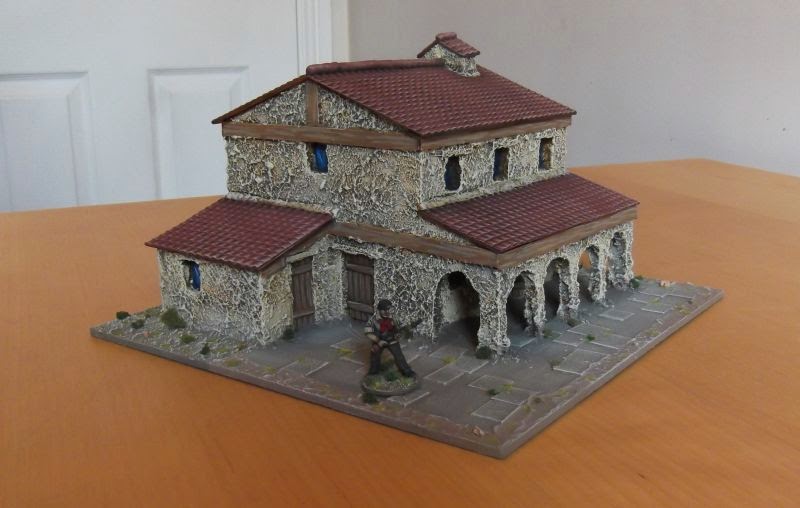 In preparation for James and my game in the ongoing ¡En el filo! campaign this evening I have built a rather substantial Spanish Tavern for James to defend.

Like all the others it is a 200mm square of hardboard with the building made with foam-core and cardboard. The wooden doors and supporting beams are made of coffee stirrers and the roof are pantiles from Wills.

The texture is Vallejo pumice gel and the slabbed area out front is cereal packet.

Here are a few shots from different angles alongside a few Milicianos scouting it out in preparation for the attack of the Regulares. 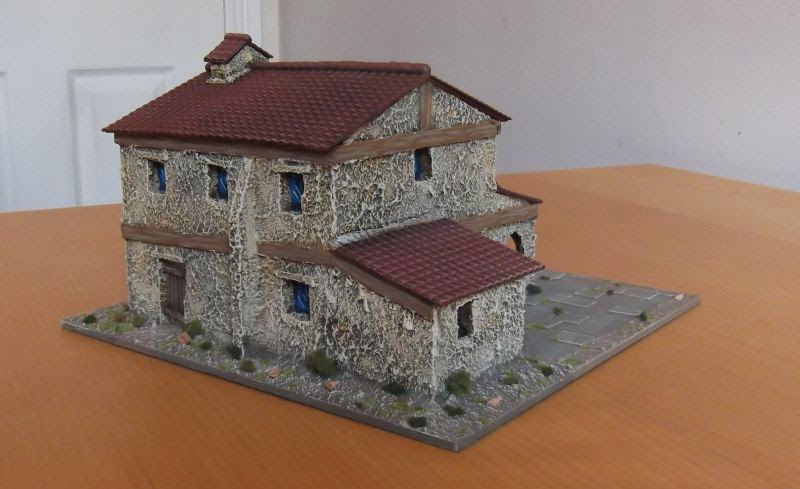 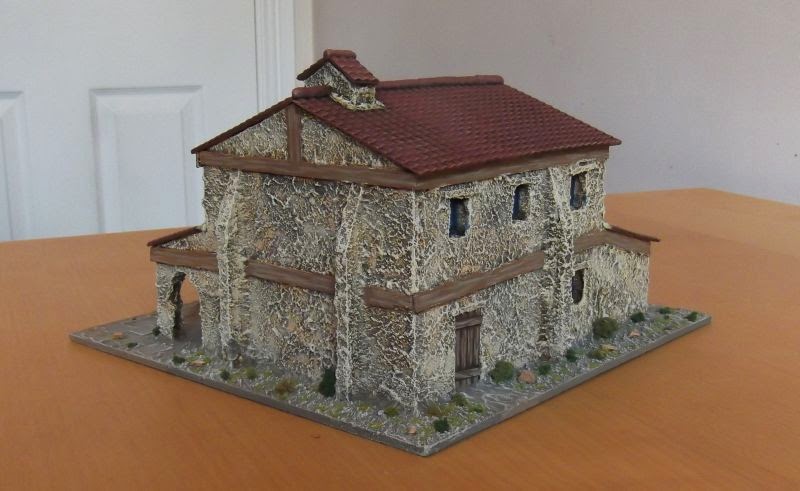 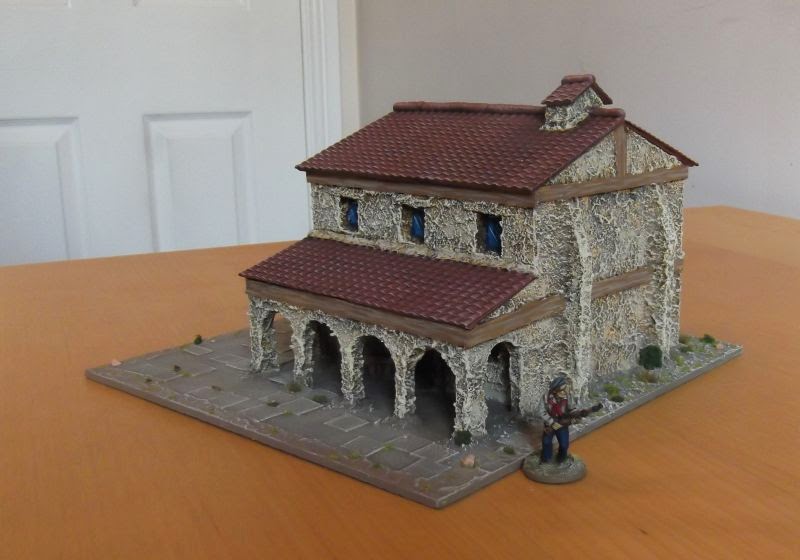 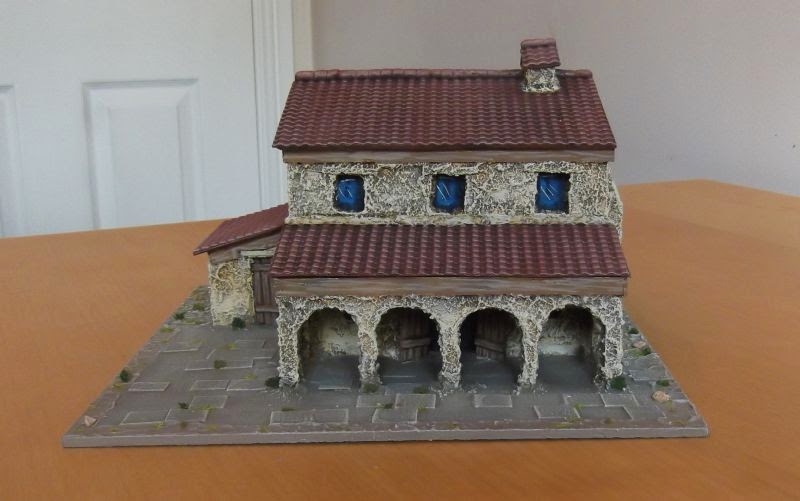 I have also made some shock counter dice holders that match the bases of the Spanish Civil War troops better than the ones I have been using. 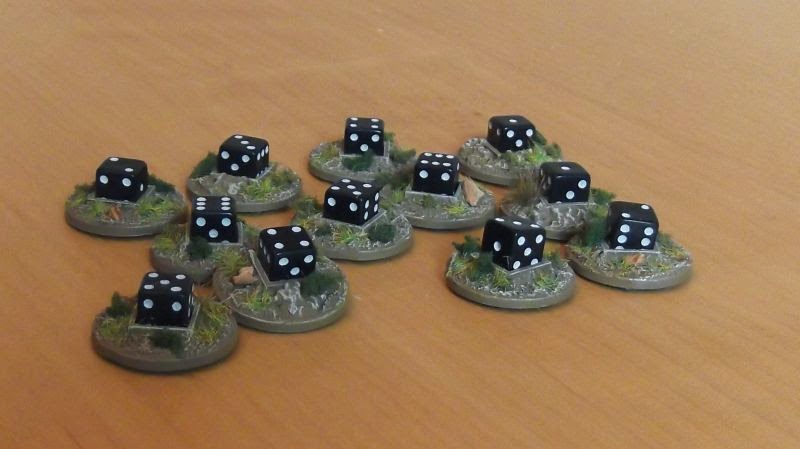 Posted by Paul Scrivens-Smith at 06:20