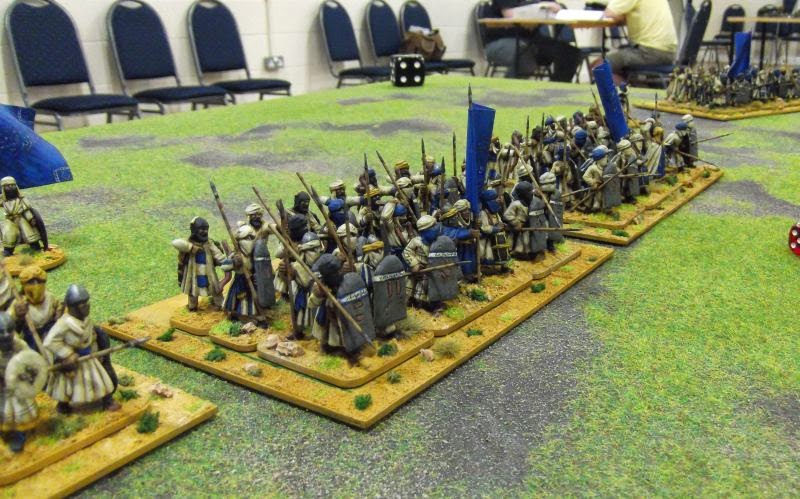 On Tuesday night Nick and I played our El Cid game again using the War and Conquest rules this time. 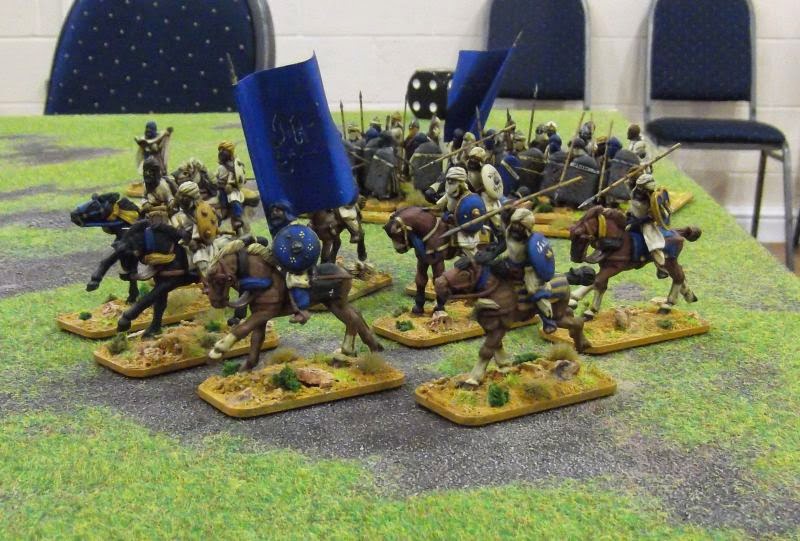 We had previously played the game using Warhammer Ancients and Hail Caesar, now it was the time for War and Conquest to get a look in. I don't have a copy of the rules and Nick had not played them before, this would be interesting.

Based upon the lists available for free on the War and Conquest forum I picked a couple of armies. Unfortunately, the list appears to have been put together by somebody who knows nothing of the period and has probably not even seen a film of it! The Feudal Spanish list has no Caballeros, no Jinetes, some Berber horse with bows!, no Javelins for the light horse or spearmen. The Early Muslim North Africa list is no better, again, no javelin armed light horse, no javelins for the spearmen, etc. However, the lists are free, I would have been rather annoyed if I had paid for them. 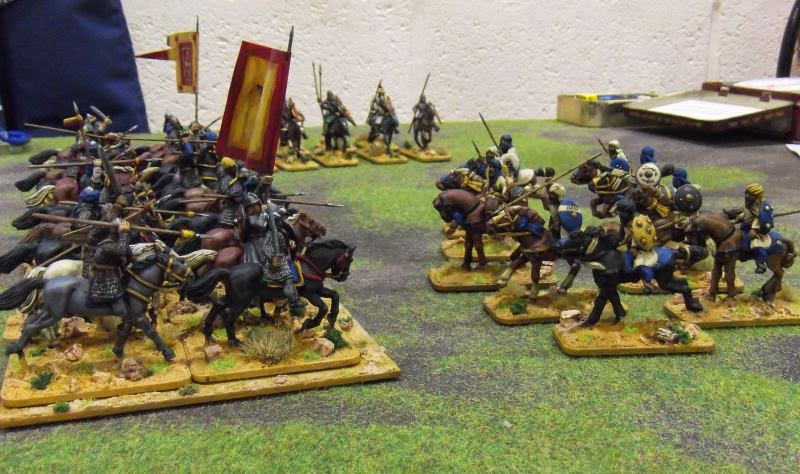 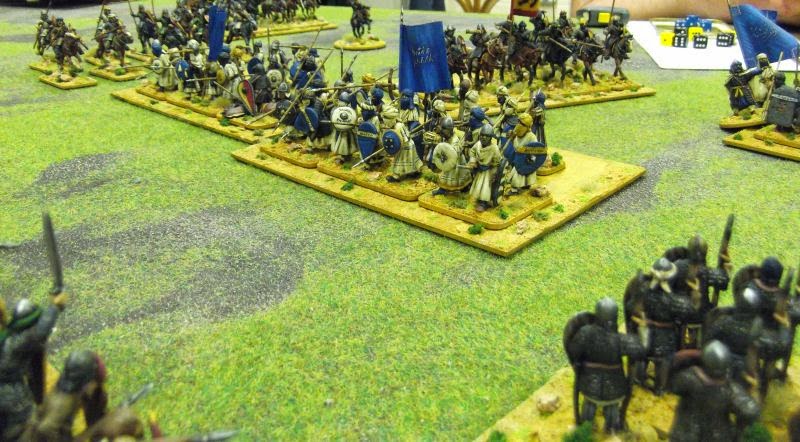 We set to and started the game, I took the Spanish as usual and drew a map while Nick deployed the Berbers.

The Spanish went with two units of Hildagos and a unit of Jinetes on the left the two units of Peones in the centre and the Guard spears backed up by the other Hildagos on the right. The Berbers had a solid wall of foot flanked on each side by light horse. 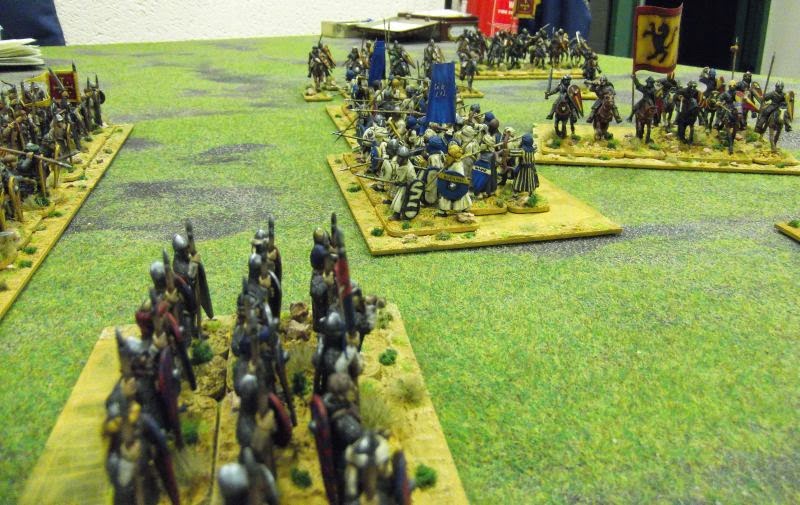 We had quite a good game for a first try. The Spanish right overwhelmed their counterparts and were soon in the Berber rear. The Berber foot fell upon the Spanish foot and we had some strange combats - the Spanish Guard Spearmen were routed, however, the Peones in turn formed a Shieldwall and managed to fight off their opponents.

The Hildagos soon fell upon the rear of the Berbers and it was game over. 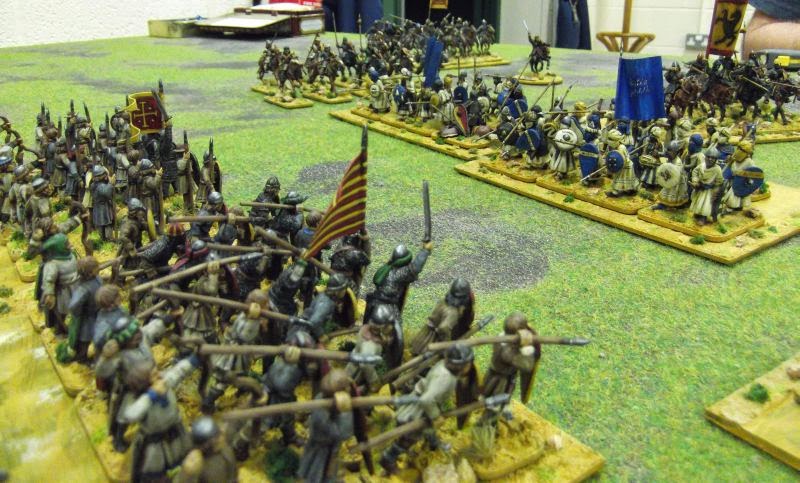 There are some good mechanisms in the rules, I particularly like that formed foot take leadership tests on 3d6 and chose the best two results while they are over half strength. I think they deserve another go maybe we will understand them a bit better next time. Those lists do need looking at though.

All the figures are from my collection and were painted by myself. 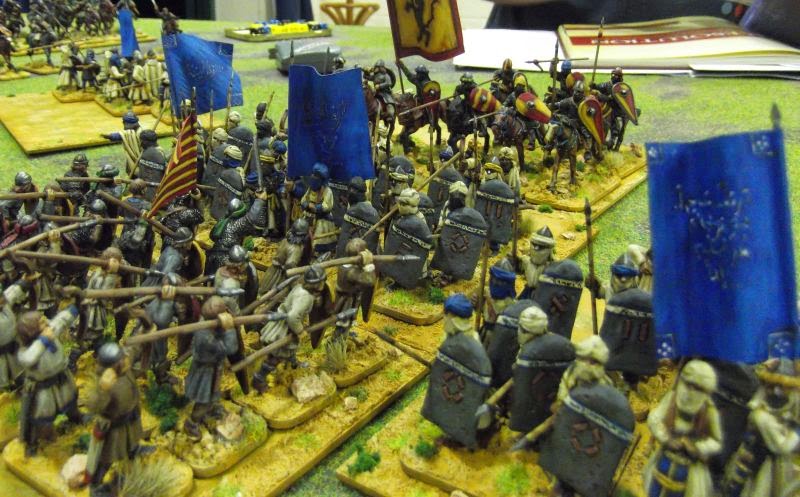 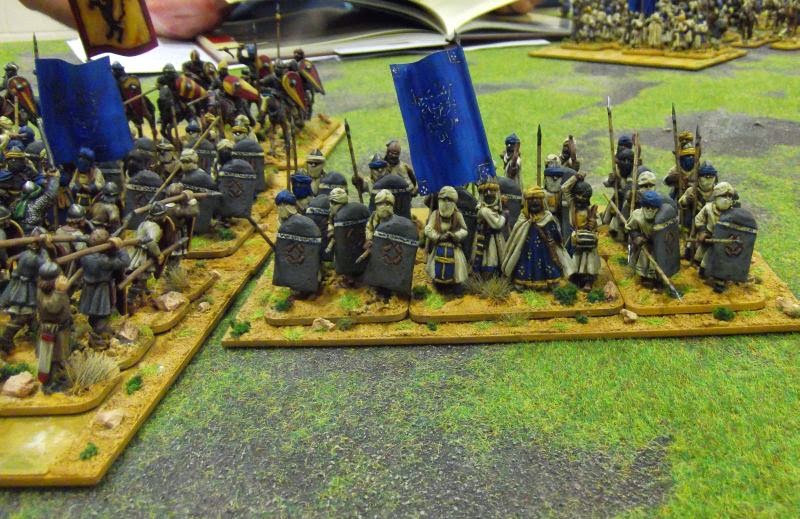 Posted by Paul Scrivens-Smith at 01:07