Dead Mans Hand - The Quick and the Lead 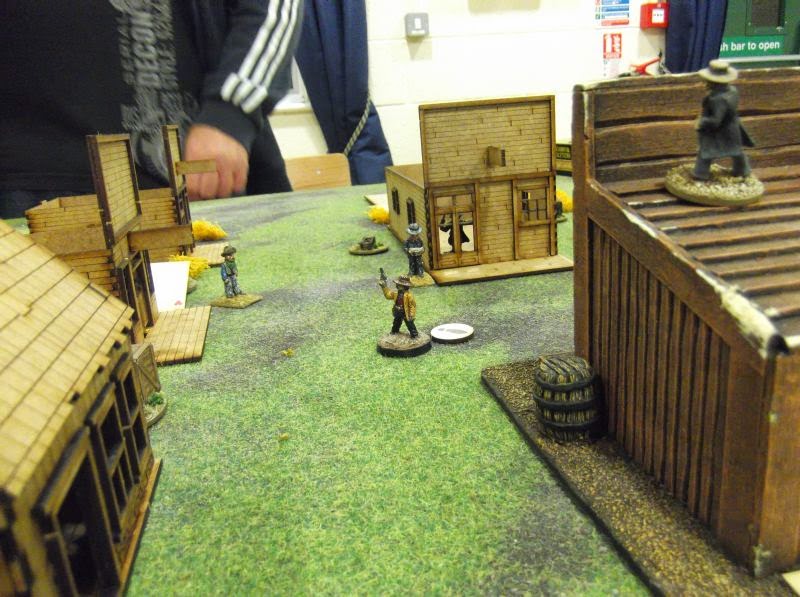 On Thursday evening Greg and I had arranged to play Dead Mans Hand with Nick and Quinton. Quint has a huge selection of suitable terrain, but plans were scuppered when a business meeting came up and he would not be able to make the club that evening. 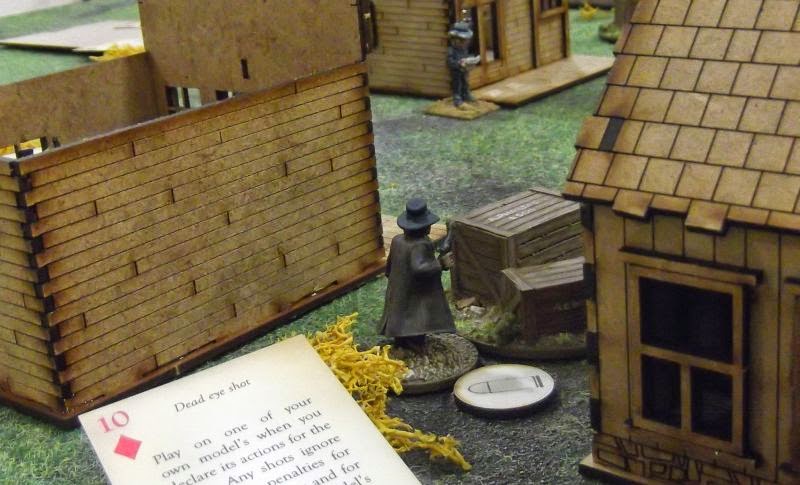 No worries, on lunch break I drove over to Arcane Scenery where Hayley sorted me out with three Sarissa Wild West buildings to go with the three that Greg already has. 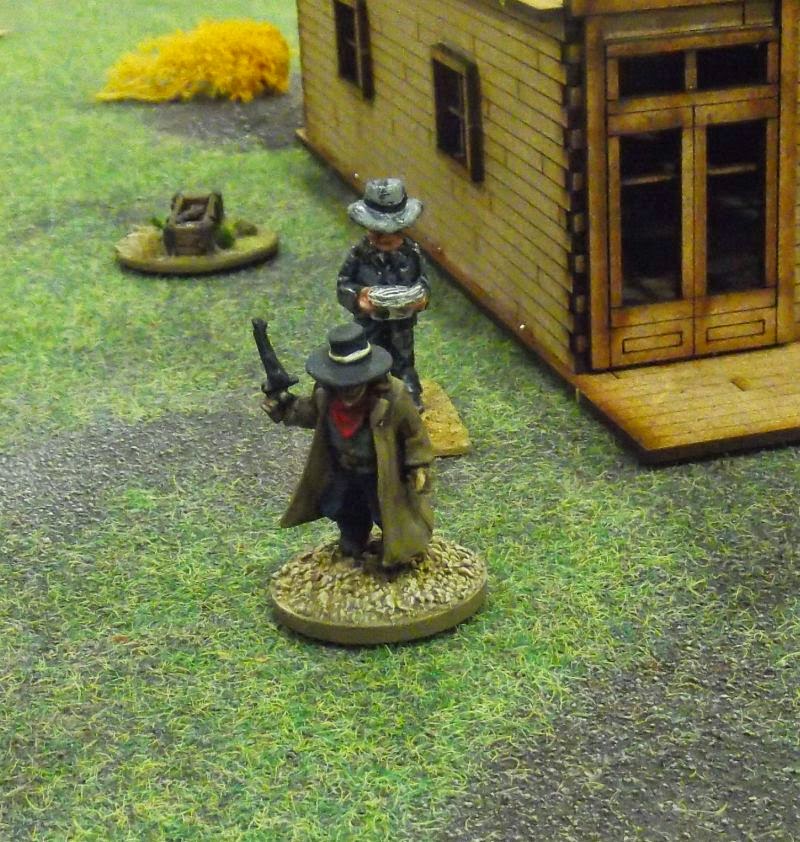 At 7PM Greg and I settled down to make a start on 'The Quick and the Lead' Nick had texted to say he was on his way. I was using Lawmen and Greg was using Outlaws. 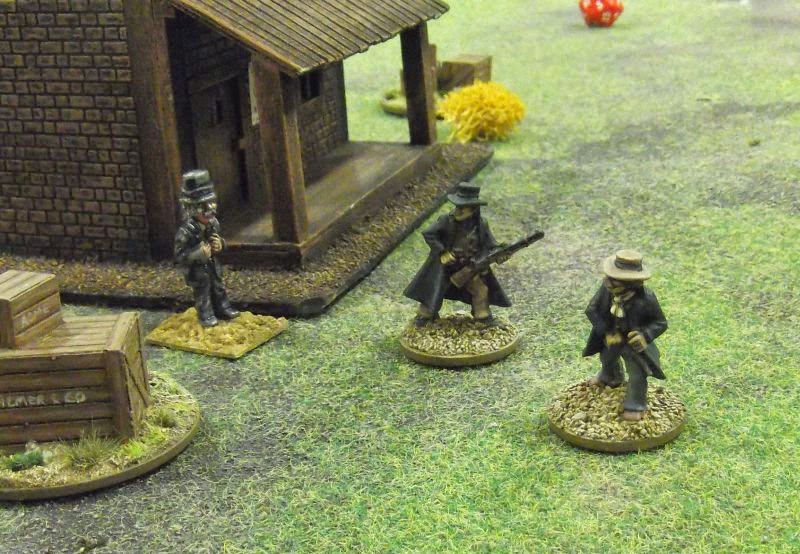 The Duel: I won every one of the Blackjack games but failed to hit every time. Greg threw a 20 and my guy was out of action! 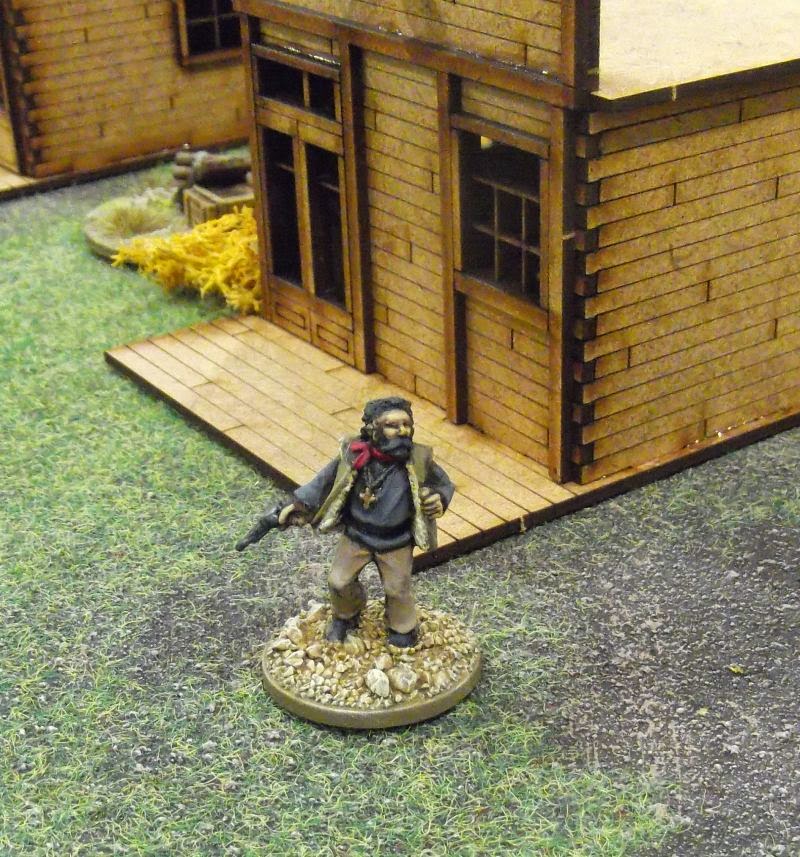 There Will Be Blood: My turn for revenge, I soon shot up two of the Outlaws including the Gunslinger and the Lawmen carried the day. Unfortunately, Nick texted to say that he car had overheated on the way here and he would not be able to make it. 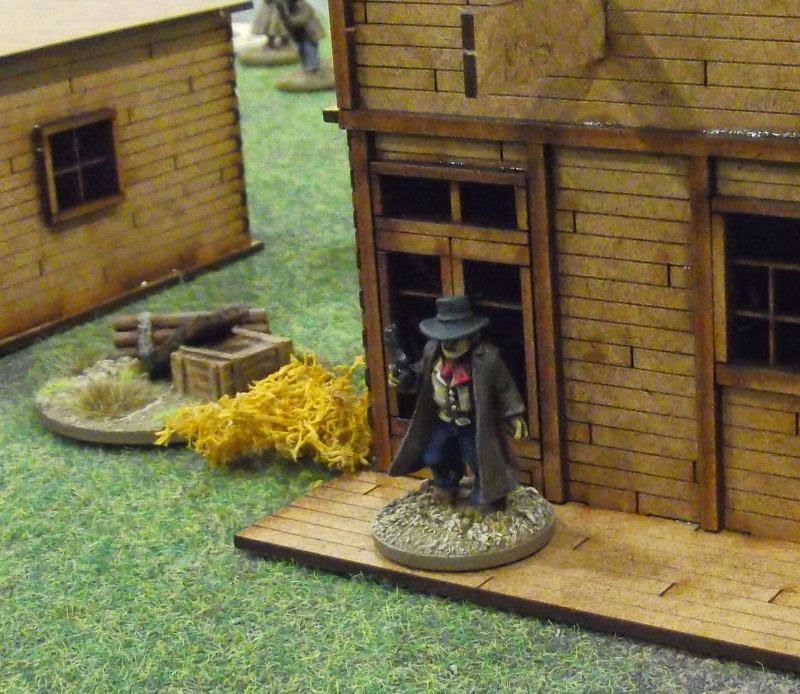 Gunfight: Just as we were setting up Quint arrived but as he had a long day at work did not fancy playing. Despite losing the Sheriff early on the Lawmen came good and shot down those dirty outlaws for another victory. 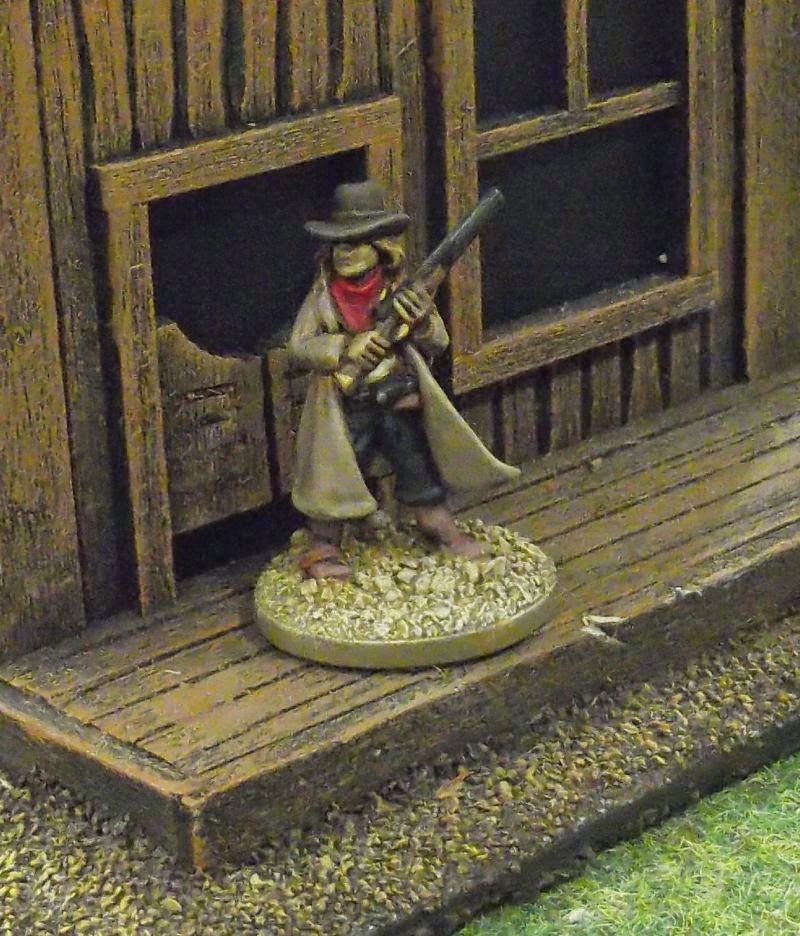 We polished off the evening playing the 'A Fistful of Models' scene, again the Lawmen were triumphant. What a day to be wearing a white hat! 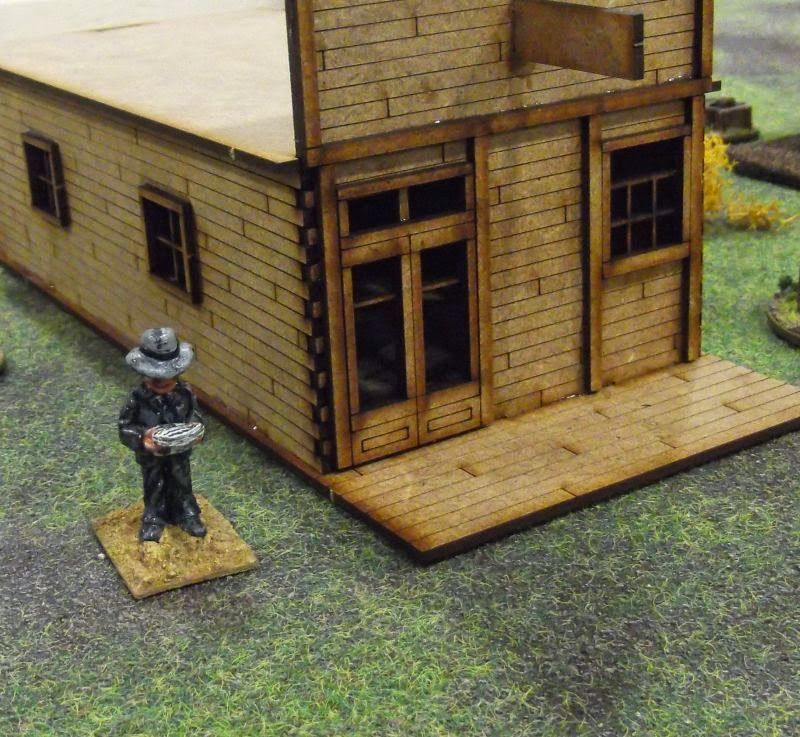 Posted by Paul Scrivens-Smith at 12:02