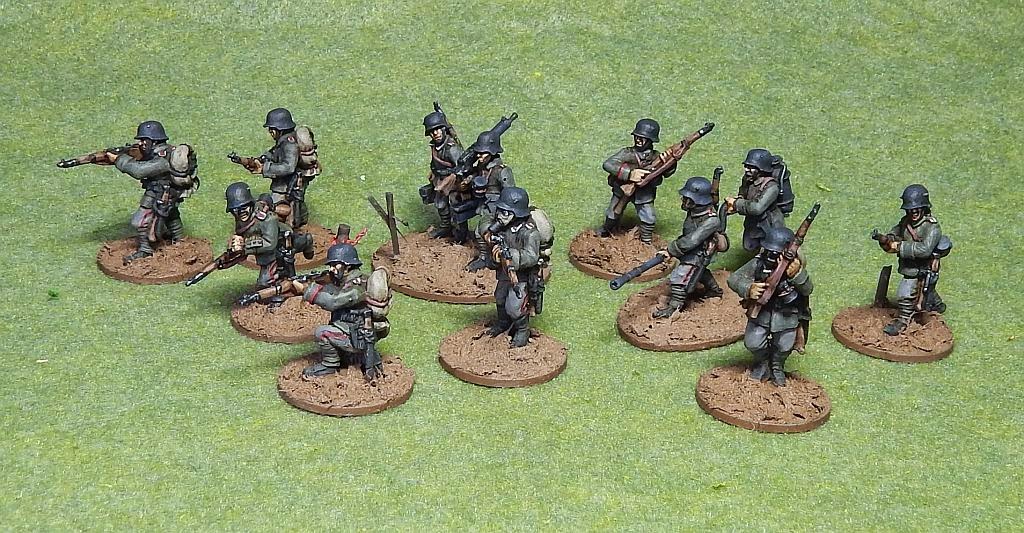 I'm now back from my holidays in Iceland and it's time to get back into painting. I've had a really productive weekend having painted another dozen Great War Miniatures 1916-18 Germans plus I have made a start on all that Early War Miniatures terrain that I picked up at Vapnartak. Finally, I have been building myself some barbed wire sections.

First up the infantry, eight Riflemen plus a MG08/15 light machine-gun and a flame-thrower.

As you can see, I have rather copied Sidney Roundwoods flame effect. The flame is a bit of brass rod bent at 90 degrees and then Woodland Scenics clump foliage is threaded on in ever decreasing sized. I then soak the whole lot in superglue and hit it with activator so it sets hard. As I had used standard green clumps rather than Sidneys autumnal shades I then painted with PVA, primed black and painted the flames.

The end of the thrower itself is drilled out so that the flames can be stuck in there.

Here are some close-ups 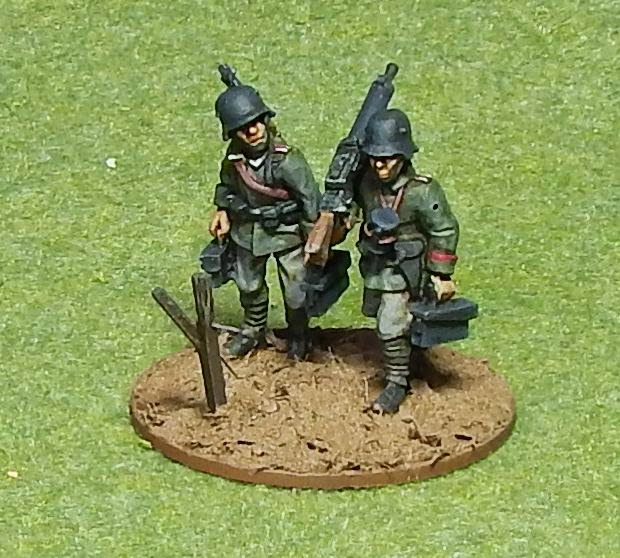 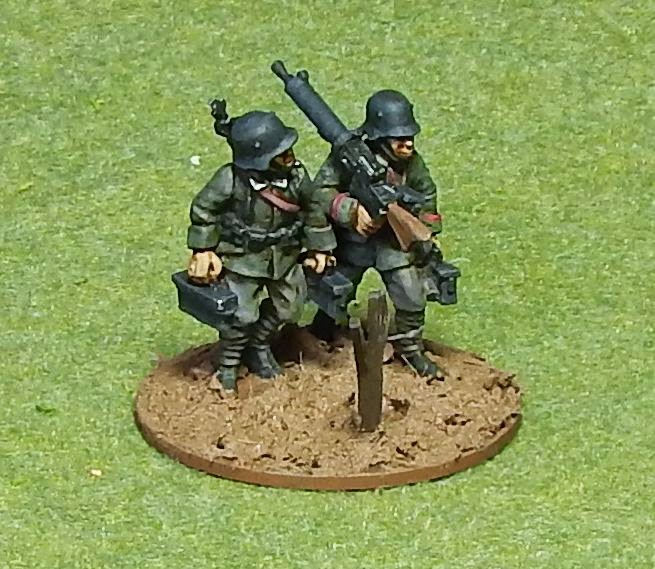 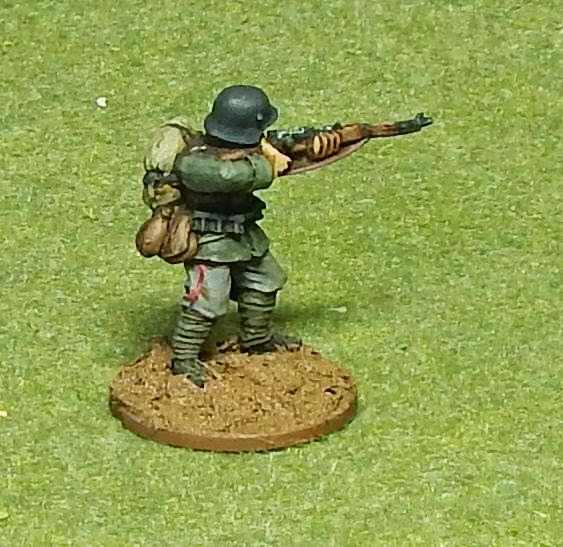 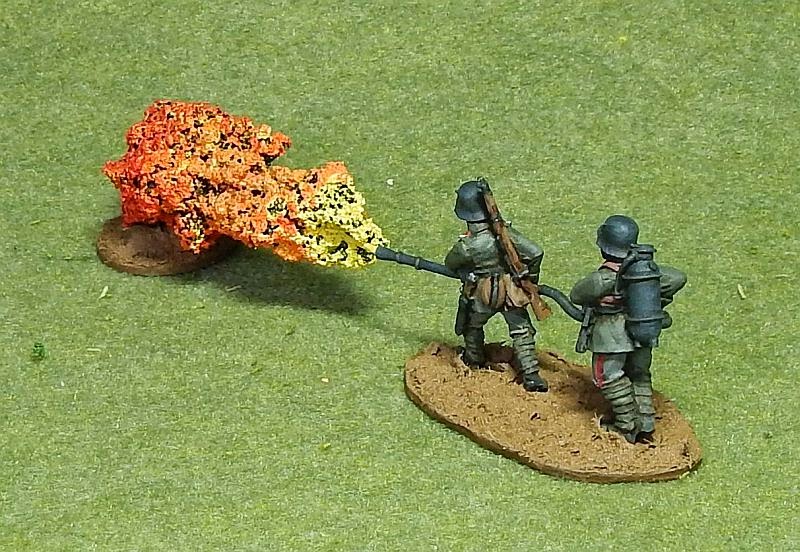 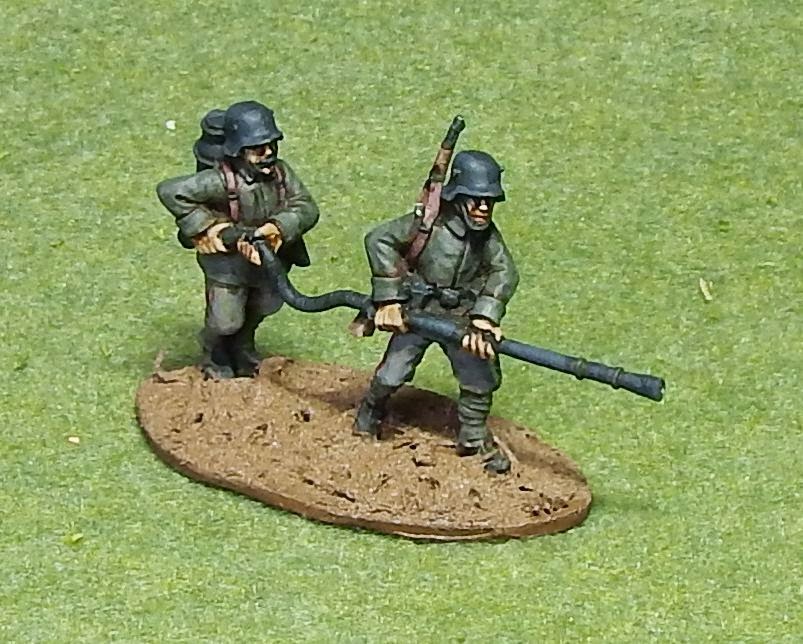 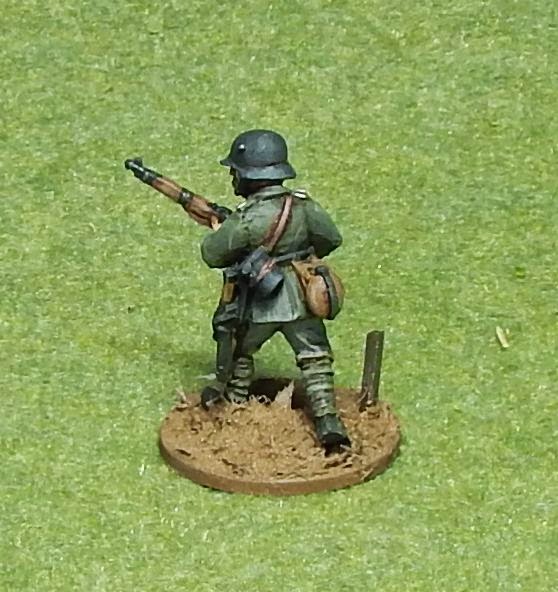 I've made about 24" of this so far but have only just started painting, here is about 8" of what is nearly complete. The bases look a lot lighter in these photos than they are, although I am tempted to give them a wash.

I also based a load of the Early War Miniatures craters on mounting board, this one had a planked walkway added, again looks very pale in the image. I also need to sort out the muddy puddles in the craters.

Last up, one of the Early War Miniatures entrenchments, again, looking very light. 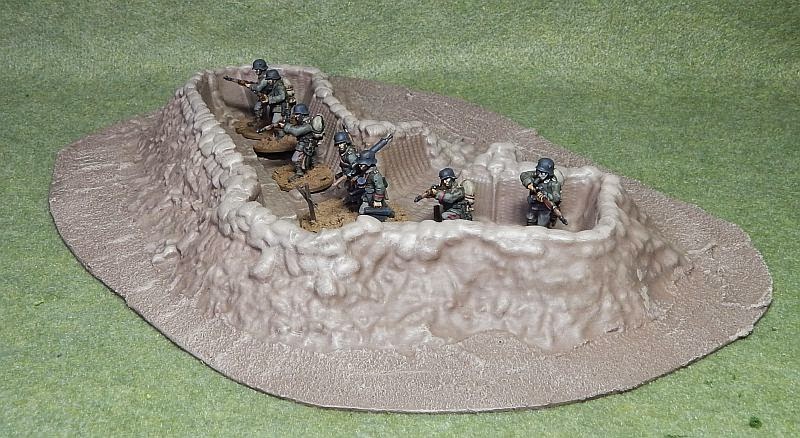 I've now got 48 Germans painted, there are another eight on the painting table and when they are done I should be ready for a game with them.

Posted by Paul Scrivens-Smith at 10:12