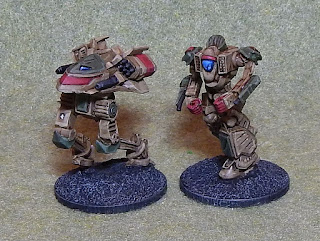 During the GameHoleCon convention I had a browse around the traders and one chap was doing a buy-one-get-one-free offer on some Battletech blisters, so I picked a couple that I liked and bought them home to join my stable.

I've not read up on the 'history' and it may be that adding these two to my lance is an anachronism but I picked the models more based on how they looked rather than for reasons of back-story or battlefield effectiveness. Which truth be know is why I paint most of the stuff I am painting these days.

Both have been painted in the WWII Soviet scheme that I used on the previous Dragon II I bought to use at GameHoleCon. 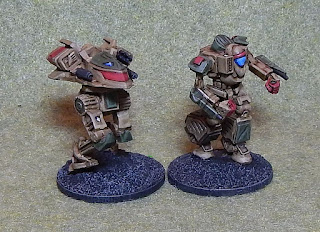 The first model is an Arbalest a 25-ton mech with a pair of LRM10 and a pair of medium lasers. Checking Sarna this one is suitable for use in 3073 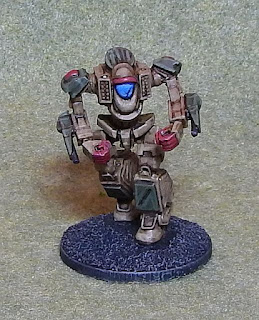 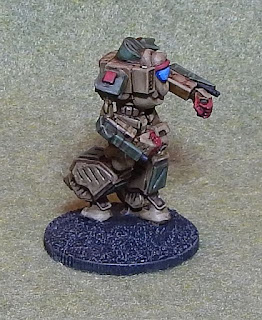 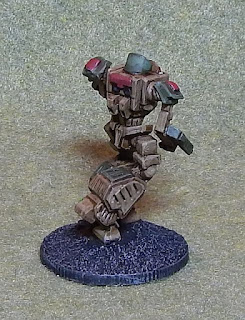 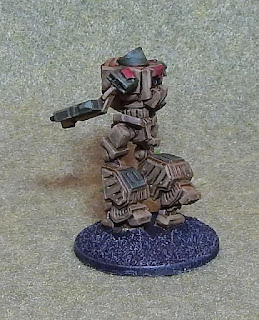 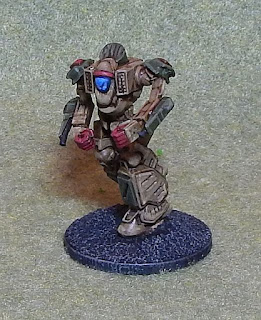 The second is a Raptor-II a 40-ton mech with a SRM6 and two medium lasers. Again I checked Sarna and this is a 3077 model so useful with the Arbalest. 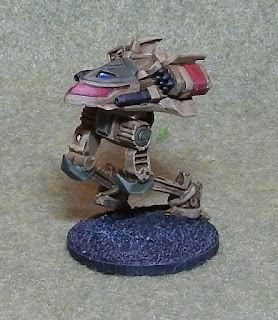 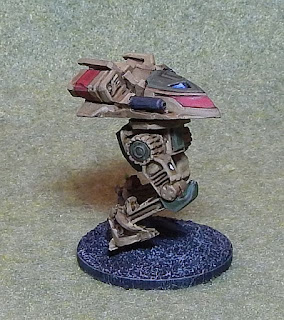 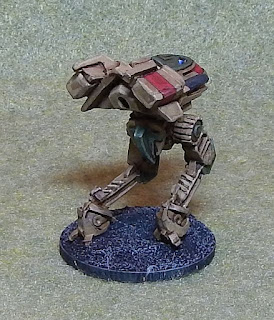 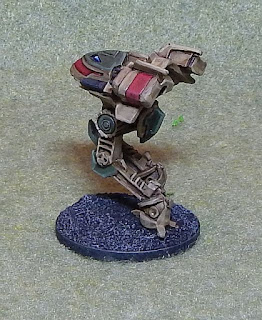 Here are all three units of my nascent lance. Unfortunately, the Dragon II is a 3099 model so a little later than the other two, I'm not too bothered though, I bought what I fancied painting rather than for any backstory or effectiveness reasons. 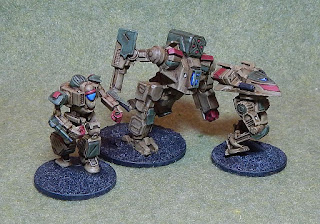 Posted by Paul Scrivens-Smith at 11:16