This week I've finished a dozen Viking warriors that shall be returning to the UK in the new year to join Tonys' collection.

I started painting these months ago, six of the warriors had been base-coated and washed while still in the UK, they crossed the Atlantic with me and languished on the painting table for ages before I finished them off last week. The second six were done in a much more timely manner over the past few days. 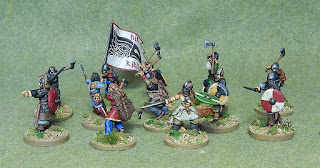 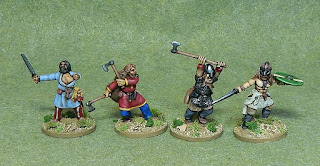 The next are all Gripping Beast warriors and leaders. 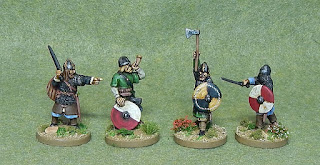 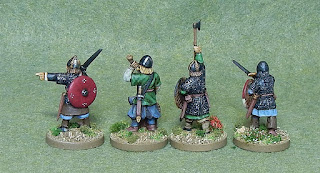 Finally four Gripping Beast axemen, one converted to carry a banner, this is a Little Bigman Studios Raven Banner. 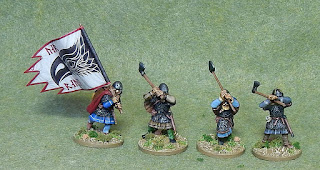 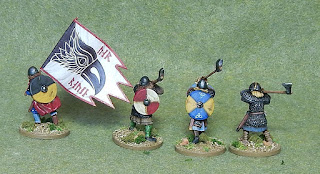 For next weeks update I shall be back on mt El Cid forces, more Black Guard and hopefully my first few Andalusians.
Posted by Paul Scrivens-Smith at 14:04