More Berbers and some Andalusians 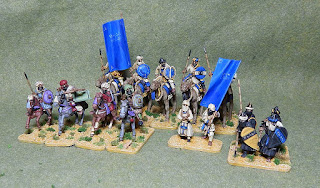 No update last week as it was Christmas but I have been getting on with some painting since the previous post, trying to get a few figures wrapped up to add to the 2016 tally. This week more Berbers join the Almoravids and I made a start on the new Andalusian faction for our El Cid games.

The first few figures are five Arab Camelry from Black Tree Designs. I'm pleasantly surprised by these having had some real spuds from Black Tree in the past. I picked these up in a LAF trade so the shields are not all original, there's at least one Saxon Buckler and a Viking Shield in the mix.

They make an interesting unit to add to the collection. 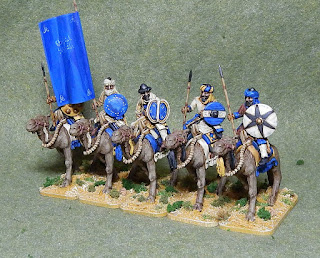 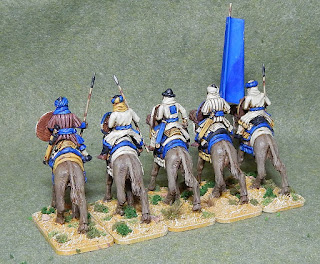 At only 21 figures my Black Guard unit was looking a bit under strength, so during a recent trip to Noble Knight Games I picked up another pack to bring them up to a better strength, I'll likely add another pack at some time in the near future. 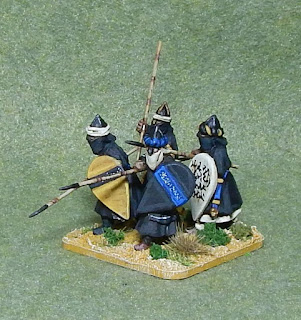 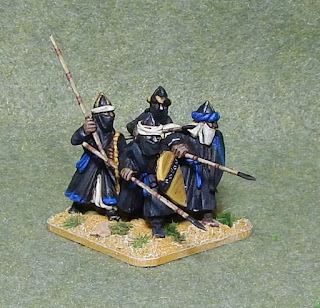 In the bits box were a couple more Berbers, so these were painted up and can be added to a unit. As I add more figures like this it shall not be long until I've made another 28-man unit from oddments like this. 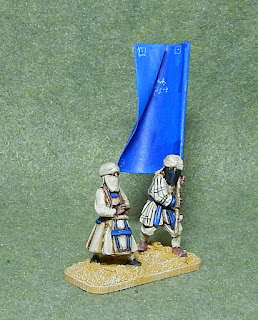 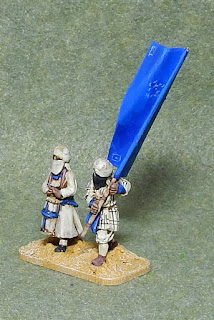 Finally, the start of a new contingent of Andalusians. Again these are all Gripping Beast figures. I wanted these to be less uniform than the Spanish or Berbers so am painting them with a much wider palette and adding as much fine detail to the clothing and shields. 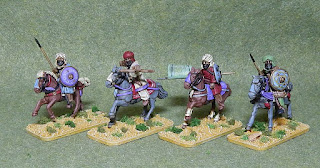 Only four horsemen completed so far but there are more horsemen and cavalry that have been painted but are waiting for basing. I'm hanging off basing the spearmen until the entire unit is finished so that I can make the unit look as irregular as possible. 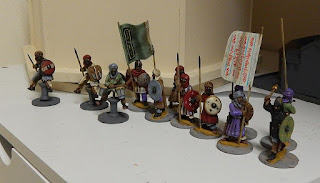 Happy New Year to all my readers, hope 2017 brings you good fortune.

Posted by Paul Scrivens-Smith at 10:15