Checking the blog it was November 2013 when I last painted any figures for the 6mm ACW collection, but enthused by last weeks game I went to the bottom of the lead mountain and pulled out a great big bag of American Civil War figures from Adler Miniatures.

Fortunately, there was quite a bit already cleaned up and as an extra bonus 24 cavalry and 17 dismounted cavalry were already covered in primer so I set to to these first.

The first batch I painted was five bases of dismounted Confederate cavalry, we had been a little short of these in the last game. I'd forgotten how easy these chaps are to paint, I just block in the colours and give them a wash with Windsor and Newton Peat Brown ink then they are ready for basing. 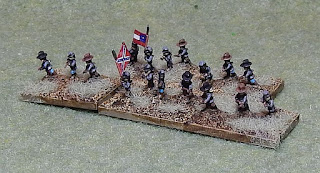 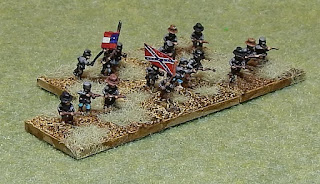 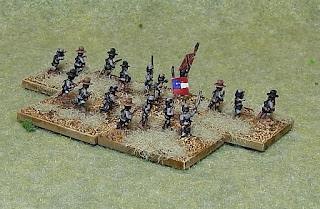 Into the swing of things another dozen Confederate cavalry were soon completed. 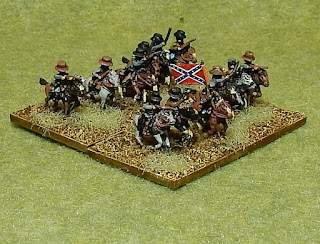 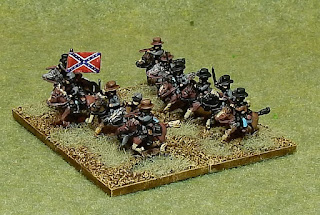 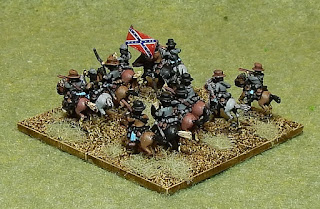 Then a dozen Union cavalry. This lot did have a standard bearer, but the metal that Adler uses is quite soft and most of the time bends and can be straightened up, this one was bent beyond repair though, likely due to my poor packing before the transatlantic crossing we made in April. 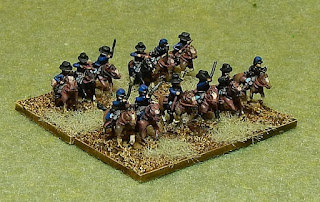 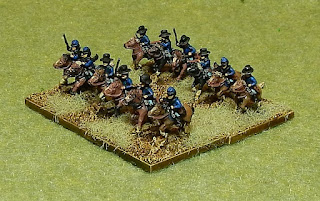 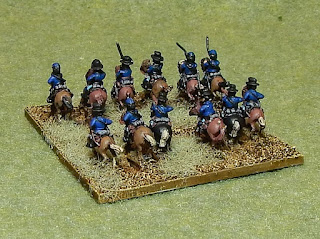 Talking of the flags, the standards are from Warflags scaled down to size and attached with PVA glue.

Finally I'd noted that I seem to have a lot of Confederate command stands but could have done with more infantry figures so another 48 were quickly added.

I've been cleaning up some more figures rescued from the bag and you should see more infantry regiments added this week. I also purchased a second deck of Longstreet cards from Drivethru that arrived yesterday.

More American Civil War goodness is in the pipeline!