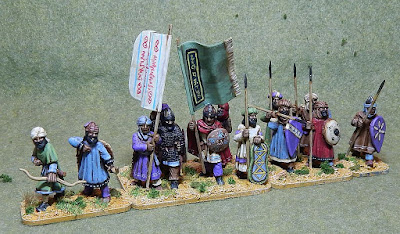 Well, my first post of 2017 is not a bumper update but I've managed to get a few figures completed and based to kick off the year. What with having a few days in California and having house guests (my lovely daughter) over the past fortnight I've not had a lot of time for painting. 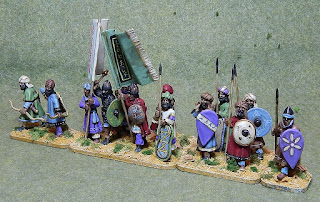 But, thirteen Andalusian foot did get completed and based - some of these were painted last year and were only awaiting basing. I've also got a few more painted awaiting basing, but I'm painting the figures in small batches for me - about four figures a time - and am slightly changing the palette with each batch so I don't want all the figures on a base to have the same palette so am mixing them up as I base them. 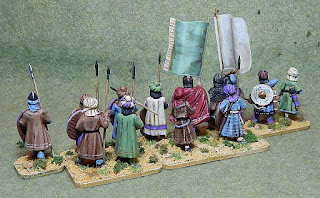 All the figures are from Gripping Beast and I have mixed up both Andalusian and Arab castings into the units to give a little variety. Like the cavalry I painted a couple of weeks ago, I want them to have a very non-uniform look to represent the citizenry called out to defend their cities. I've tried to add quite a bit of fine-work on the clothing and shields to give the impression of wealth.

Here are a few close-ups, first the command stand with an officer, drummer,  a couple of standard bearers and spearmen. 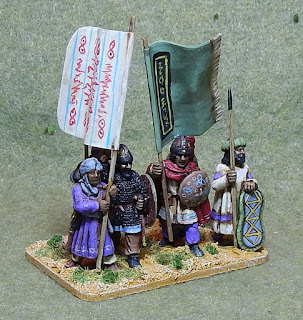 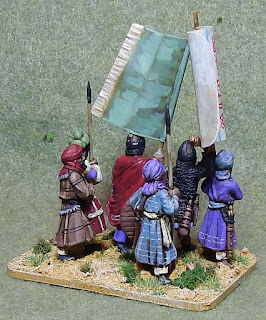 Secondly an element of four spearmen. 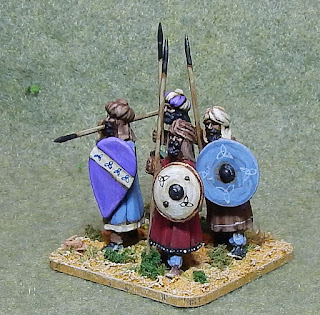 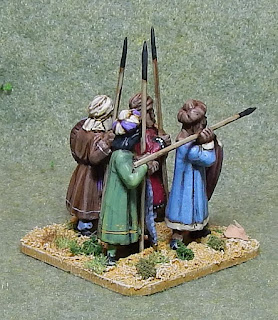 Finally a couple of archers and a single figure spearmen. 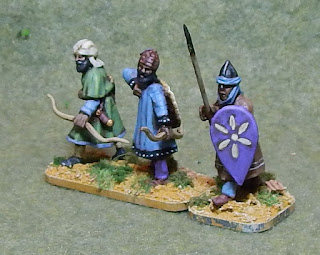 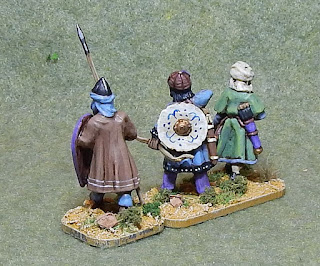 There are probably only a dozen or so figures left to paint so, I've placed another order on Gripping Beast to keep adding to this force, it hopefully shall see action soon as an allied contingent with either the Christian Spanish or Almoravid factions I have already painted.

Posted by Paul Scrivens-Smith at 12:19