This week sees a bit more output than last week. Some of the figures were already painted and just awaiting basing or mounts though.

Again all the models are from Gripping Beast, mainly the range of Moors, but I do mix in some of their Arabs too.

Another eight spearmen join the unit that I started last week, bringing them up to 19 figures so far, the aim is to make 28 in four ranks of seven. I have another order in with Gripping Beast to complete the unit. 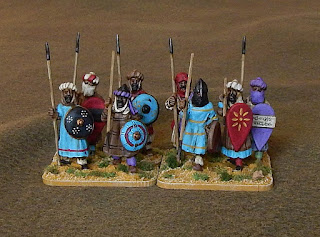 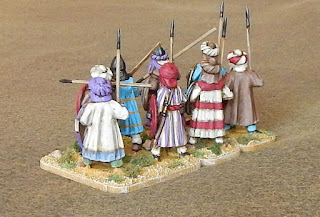 I'm really not that happy with the new blue that I used on some of these, it does not take a highlight well and is a bit intense for my liking, I'll retire it from the palette now these are done.

Four more Andalusian Jinetes join the force including a mounted drummer. I now have eight done and another ten on their way from Gripping Beast, this shall allow me to field two nine-man units for Warhammer Ancients and four or five units for Hail Caesar or To the Strongest! 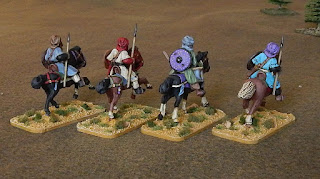 Two more archers done to add to the two from last week, again, another eight on order with Gripping Beast to complete the unit. 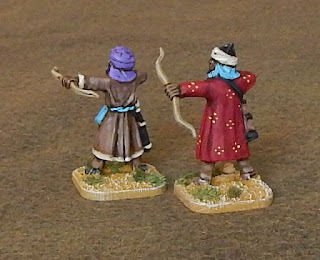 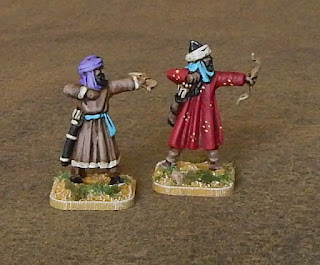 Finally the start of a commander base for Hail Caesar or To the Strongest! just a couple of figures done at the moment, but I've left a little space for adding a couple more foot or a single mounted figure. 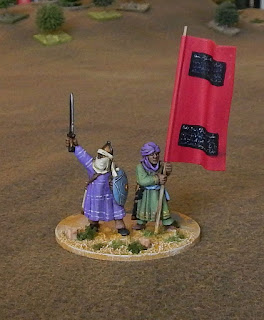 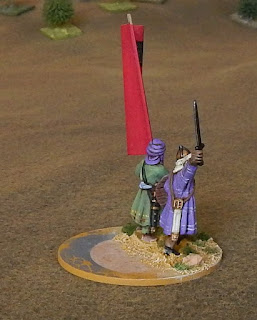 Apologies for the image quality, I was setting up a game for this afternoon and just took the pictures on there using only the light from the window rather than setting up the usual photographic area with daylight bulbs and suchlike.
Posted by Paul Scrivens-Smith at 11:17