War of the Spanish Succession French(4)

A small update on the French contingent. The last game saw us rather lacking in command stands so I made a bit of an effort to get a few more generals painted.

The first stand represents the French Commander in Chief, no doubt up to something martial in his marquee while two ADC look on and his groom holds his favourite chargers. 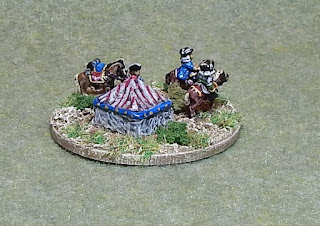 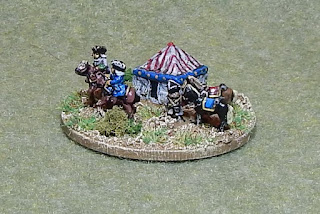 A divisional commander, made up of two figures from the generals pack and a mounted drummer from the dragoons pack. 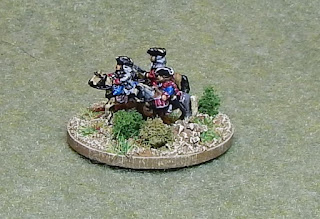 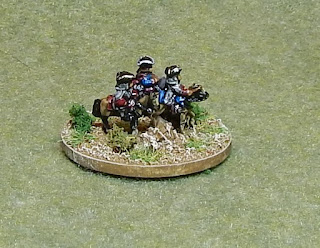 Another divisional commander, this time one general then the ensign and mounted trumpeter from a cavalry command strip. 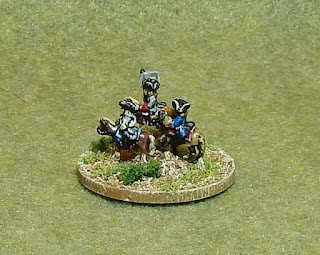 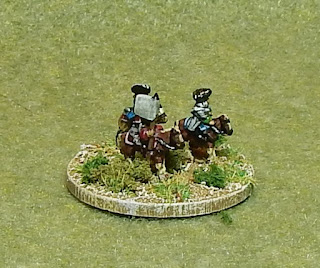 Another shortfall from the last game was that we had nowhere near enough makers, five cavalry casualties goes a small way towards addressing that.

Posted by Paul Scrivens-Smith at 07:16