This week I completed a few more WWII figures for chum Tony. A mix of British airborne, special forces and French partisans.

Three more British airborne in Denison Smocks, I think the two on the right are old Bolt Action Miniatures, not sure of the guy with the PIAT. 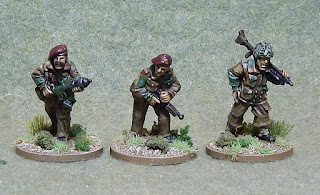 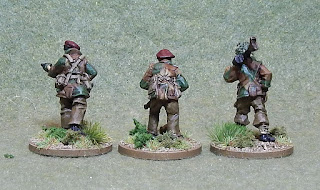 Five Bolt Action Miniaures airborne/special forces in a mix of jumpers and parkas. One chap has a French marine bonnet, another is kilted.

Finally two French resistance guides, one has an old WWI horizon bleu Adrian helmet. Both have tricolour armbands and are armed with liberated German weapons including a PanzerFaust. I am pretty sure that these are from Warlord Games. 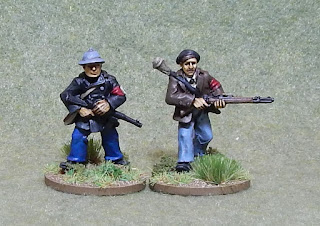 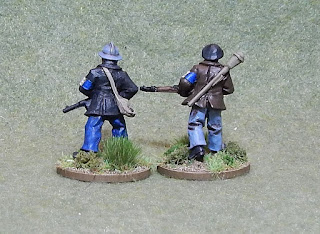 They shall be winging their way over to Blighty in the next couple of days.

Posted by Paul Scrivens-Smith at 06:23