This year I'm planning to attend Historicon and speaking to the chaps in Palatine we initially planned a Big Chain of Command game using our WWI collection. That's not likely the case now and we shall be doing Spanish Civil War!

I'm a bit light on French Infantry so sent off to Brigade Games for a couple more packs of riflemen and a pack of Chauchats. 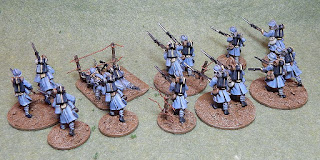 This weeks output is fifteen of the twenty four figures that I bought, using my standard palette for Poilu in horizon bleu.

When I made the order I had it in my head that I'd have a use for more Chauchat teams, although on reflection I really don't think I needed another four, although they do add some variety to the Woodbine Designs ones that I painted previously. 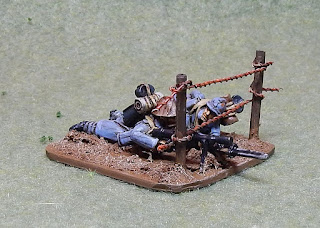 I do rather like the prone Chauchat team that comes in the pack, I added a section of barbed wire for them to take cover behind. 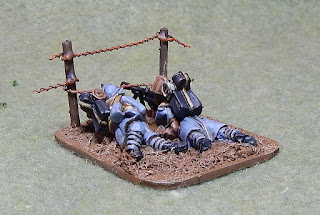 The basing is done with a mix of pumice gel, grit and static grass mixed up with Flat Earth paint and slathered on the bases, later dry-brushed, in this case with Iraqi Sand, although looking at other figures in the collection I probably should have used Dark Sand! 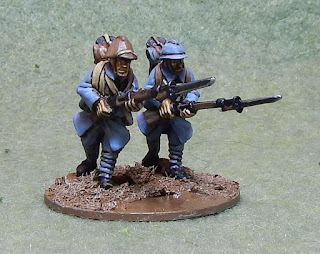 The few muddy puddles that you see are just PVA glue that is given a coat of gloss varnish after the dull-cote has been applied.

You'll see from the above base that the two figures are quite distinct from each other and I reckon that Brigade Games used different sculptors for each. While they are both well sculpted models, I'll avoid mixing them on the same bases. 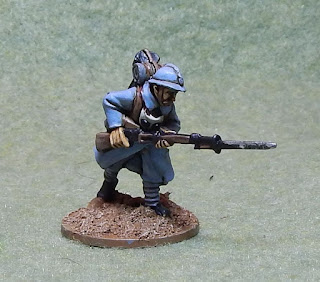 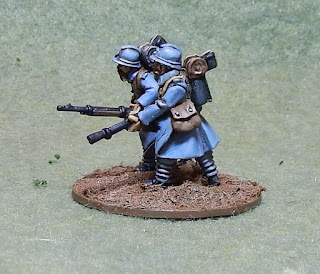 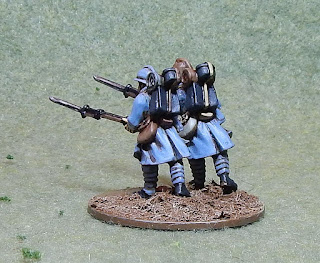