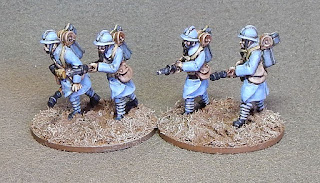 When we last played a game of Chain of Command WWI chum James noted that I was short of VB launcher teams for the French, so great mate that he is posted me a pair of teams over at Christmas.

These are very nice figures from Brigade Games, so they have crossed and recrossed the Atlantic before getting painted. The only critique I would have is that there is quite a bit of excess metal on the figures from the casting process and I missed a couple of bits of flash and drill-vents in the initial clean up.

They do paint up rather nice though using my standard method for the Poilu in Horizon Blue and made a nice break from all the 6mm I've done so far this year! 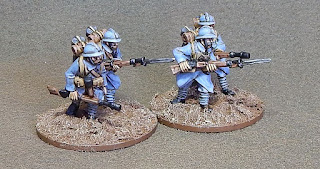 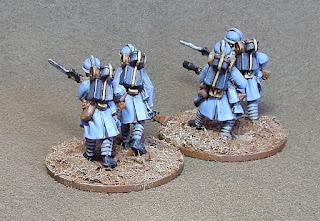 Posted by Paul Scrivens-Smith at 14:51