I'm still continuing on the mission of painting the Dutch contingent for the War of Spanish Succession of late. Following a club painting session at mine last Sunday when Drew, Bruce and myself convened to crack on with the Baccus 6mm stuff it has continued pretty much the same all week

Looking at what I had painted so far I was looking a little light on horse so that has been my main focus this week, firstly I painted four units of Nassau-Friesland horse, the blue coats making a nice change from the earlier masses of grey/grey-white. I messed up a little on the basing and have probably stuck these a little to far forwards on the base for my liking, but I don't think it matters too much. 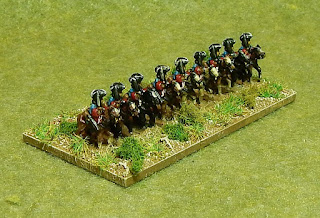 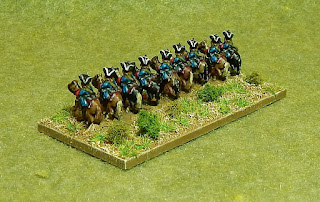 Not sure what happened there, I appear to have stuck some static grass to that horses arse, and only noticed in this photograph. I'll have to fix that up.

The next lot of horse are two units of Dutch Cuirassiers, these are painted based upon the illustration from the Osprey 'Marlboroughs Army 1702-11' but it's not said what unit it is. If you do know, please let me know as I only have the Ospreys and the Condray to work from. 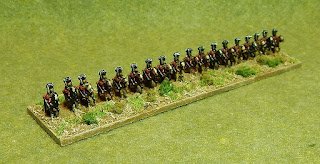 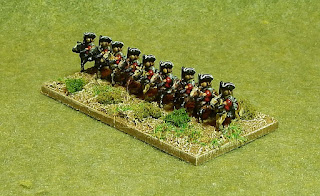 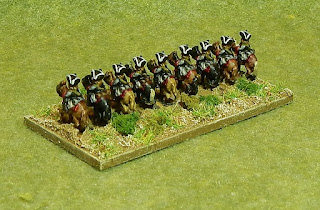 This now brings me up to 18 bases of infantry and 18 bases of cavalry painted, with only two bases of Dragoons that is likely where I should focus next!

After buying and reading the Polemos rules Chosen Men, Well Disposed I decided that a few more bases of commanders were in order. The rules specify 30mm squares but I'm an independent minded chap and prefer my generals on round bases.

Firstly a Lieutenant-General and two aides. 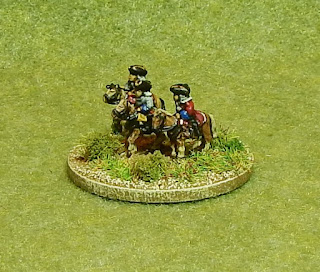 For my infantry Major-Generals I hit upon the idea of using a command stand with a Colonels colour. I've got loads of spare ones and this seemed a good excuse to use them up. 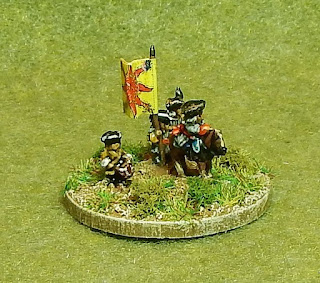 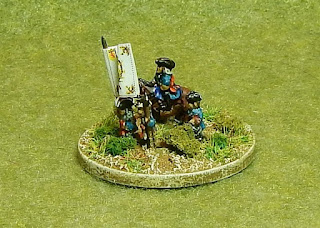 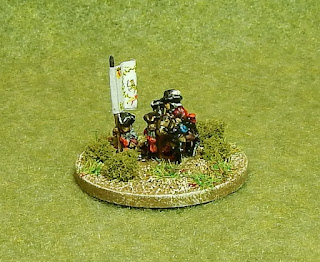 Lastly I finished off painting the pack of casualty figures, plus the spare musketeers from the command bases that were not used with the Generals above, these can be the start of my Tempo markers, it looks like I shall need loads!

Posted by Paul Scrivens-Smith at 11:20