I've completed the Dutch Cuirassiers that were pictured in last weeks post. As I know nothing of the unit the mid-blue standard is entirely speculative. 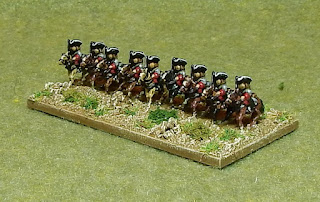 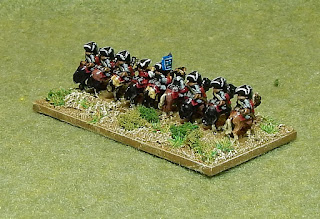 Another, troop of dragoons for the Van Schlippenberg regiment have been painted, both a mounted and a dismounted base for them. 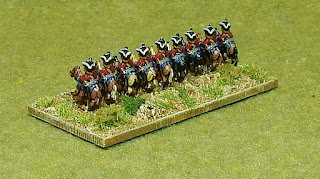 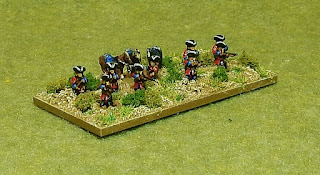 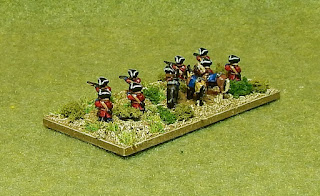 The last unit painted is a battalion of infantry from the Orange-Friesland regiment, blue coats this time rather than the usual greys. 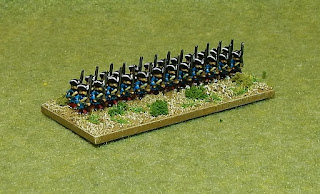 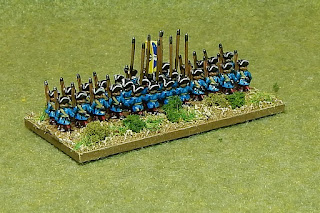 As the Dutch contingent is pretty much complete now I thought I would be a good excuse to lay it all out for a photo en mass. I think with 21 bases of foot, 20 bases of horse, 3 bases each of mounted and dismounted dragoons, 4 guns, plus commanders it's about ready to do battle.

Posted by Paul Scrivens-Smith at 11:40