The War of the Spanish Succession using Maurice 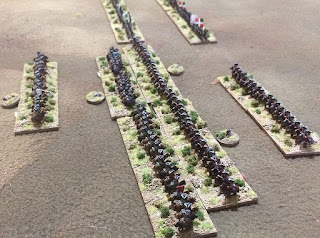 It really has been an age since I got any figures out to play - checks blog history and finds it was April FFS!

I've been painting more Baccus 6mm for the War of the Spanish Succession collection lately and was itching to get them out on the table, so I asked the chaps round for a game. Drew and Bruce were both able to make Thursday evening. 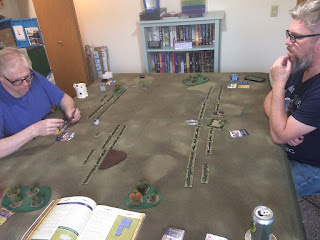 I had originally planned to play Black Powder, but every game I have with them leaves me thinking Meh! About an hour before the chaps arrived I decided to switch to using Maurice, dug my copy out and had a read. It's been over three years since I last played - April 2015 - but the rules are straight forwards enough and give a fun game.

We had always played before with Steves 40mm semi-flats, but my War of the Spanish Succession collection is based suitably to use a 40mm base width. I've still not got quite enough French painted so a unit of Dutch horse saw service with them, that shall be rectified this week! 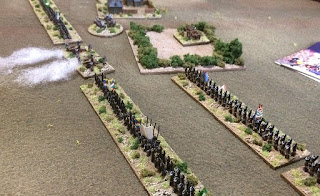 Two simple armies were picked, I did not want to add any extra stuff so no Notables or advanced rules were used this time. 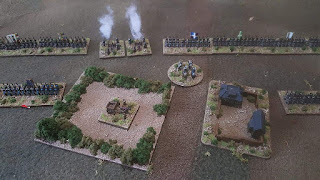 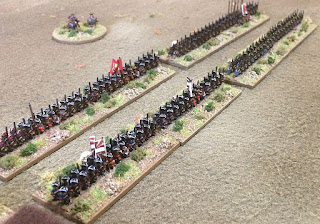 Bruce would be the attacker and added another unit of regular horse.

The Allies pushed up on their right flank with half of the infantry supported by horse. As a cunning ruse Drew used the hidden march card to disrupt the advance and then followed up by making one of the now disrupted units of Dutch horse charge home onto his fresh cavalry. 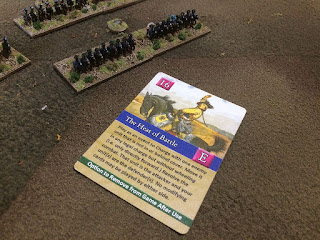 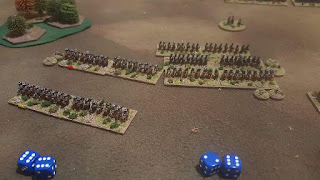 Despite the Dutch being veterans judicious use of the bonus cards eventually saw the Dutch horse broken and the following cavalry also dispatched by the French supports. However the accompanying infantry soon were exchanging fire with the French infantry and their lethal volleys started to be telling and French infantry were suffering badly and their remaining horse on that flank were dragged in to support and quickly started to rack up the casualties.

We were now into the third shuffle of the deck and the morale of both sides was collapsing, although the French more so. 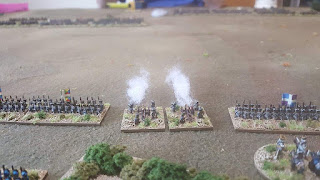 This image shows the protracted firefight on the French left centre. soon troops were being committed from the French right to prevent a total collapse and protect the now vulnerable objective. 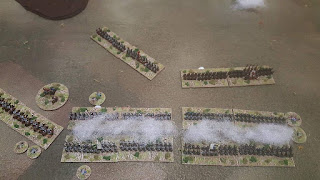 Eventually the French infantry gave way and a general retreat was sounded, the Dutch had won a marginal victory and were only a card draw from taking the objective, unfortunately, Bruce had no cards left in his hand to complete his master stroke. 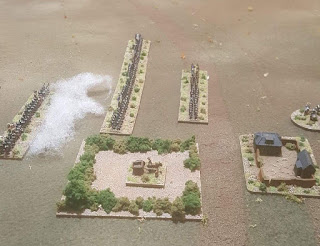 Heroes of the day must go to the unit of Dutch conscript infantry that are shown on the left in the image above, they spent most of the game on four disruptions and always seemed able to rally them off and fight on.

They completed there glory by destroying in melee a French infantry unit to take their army morale below zero. As they say in Flemish Glorieuze Overwinning!

Posted by Paul Scrivens-Smith at 17:31