Quite some time ago chum Seth very kindly gifted me a Confederate six horse limber at full gallop from Perry Miniatures. I've been pontificating about getting it painted for ages and had it cleaned up and primed ready to start in this years Analogue Hobbies Painting Challenge. 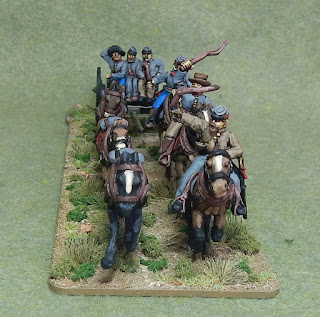 I think though that it was just so big a model and I was daunted by all the different components to work on so I kept putting off making a start on it and instead kept cracking on with the Hundred Years War stuff.

However, towards the end of the challenge I ran out of Hundred Years War figures and managed to get the horses painted and also did the base coats on the gun and limber. 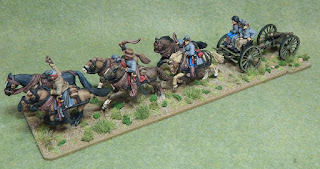 Another order of Hundred Years War stuff arrived from the UK and this was again put back into my backlog.

Thursday evening chum Drew came round for a painting session and as he was working on his own ACW stuff I got this out of the backlog, the gun and limber had their highlights done and I got to base coating the riders. 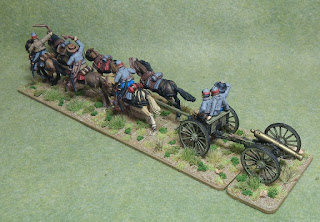 Over the weekend I was able to finish off the basing and do the highlights on the crew to get it to a final state, and I rather like how it turned out.

The limber and team are based on a 200mm x 60mm base while the gun is on a 60x30mm so that I can swap out for a caisson if the fancy takes me. Both were a custom order from the great folks at Warbases. 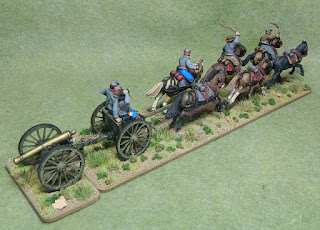 I'm running a Sharp Practice American Civil War game at Little Wars later this month, hopefully, I can find some way to get this included in the organisations. 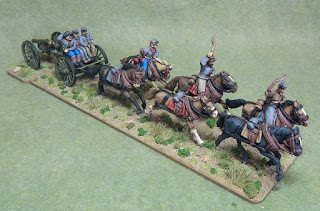 Now it's time to get back to painting the Hundred Years War collection again. 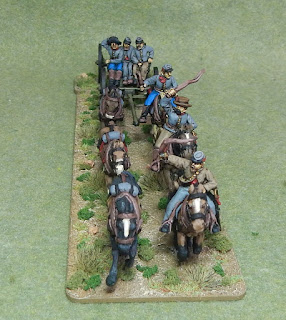 Posted by Paul Scrivens-Smith at 11:28