With Danecon rapidly approaching I needed to get some commanders painted so at the weekend made a start on the Perry Miniatures Henry V, mounted and command set and this gives me enough for the four commanders I need for the English plus some extra figures to use as unit filler.

First up is Henry V mounted on the small white horse as described in some chronicles. Riding before the English lines during the initial phase of the Battle of Agincourt before dismounting with the men at arms. 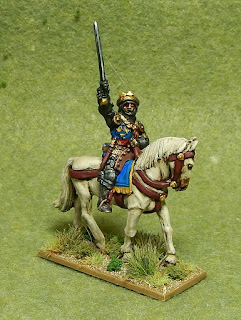 The Perrys make the painting of the heraldry on these very easy as it's all done in relief and only needs to be 'coloured in'. 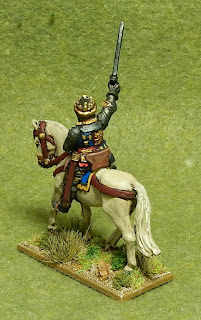 The next pair are Thomas de Camoys, 1st Baron Camoys and a servant carrying Henry's shield. 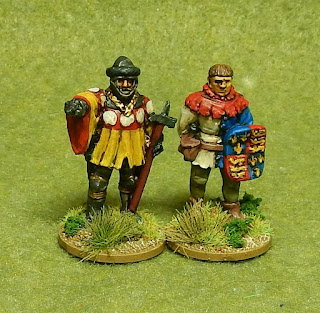 Thomas de Camoys commanded on the English left at the Battle of Agincourt. The servant can denote Henry's position in a unit of men at arms. 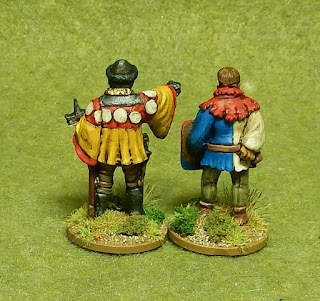 The next pair are Edward of Norwich, the 2nd Duke of York and the veteran Sir Thomas Erpingham 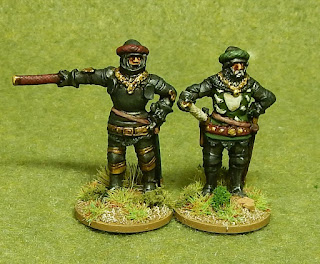 Edward was in command of the English right at the Battle of Agincourt, Sir Thomas marshalled the English archers and gave the command to open fire by throwing his white baton into the air. 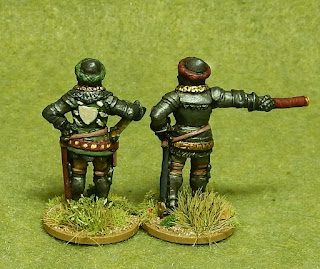 The last figure from the pack is a mounted herald, here to ensure that the heraldic rules are followed and that the events are recorded. 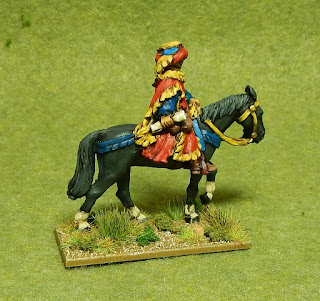 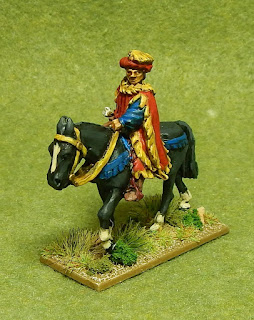 I'm now working on the French commanders and hope to have them in the next update.

Posted by Paul Scrivens-Smith at 13:59