Hot on the heels of the English commanders and with a whole week to spare before Danecon the last few figures for the Agincourt game are completed.

With the exception of the extra disorder marker base all the figures are from the Perry Miniatures French High command at Agincourt on foot set and shall be leading the French against the English next weekend. 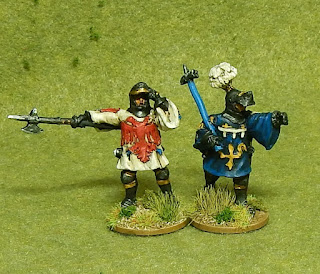 The first pair of nobles are the veteran Jean II Le Maingre, Boucicault who was the Marshall of France and Charles, Duke of Orléans, both survived the battle after being captured and ransomed. 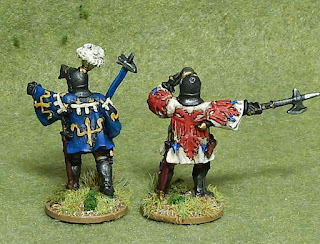 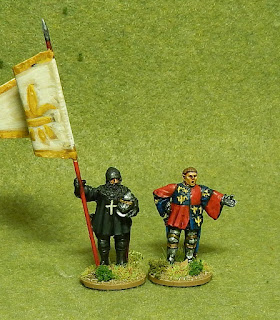 The next pair are Charles d'Albret, Constable of France and his standard bearer, Charles was killed during the battle. I need to put an order in to get some standards so this was a hasty scratch job by myself that shall be replaced as soon as I get something better. I'm rubbish at free hand. 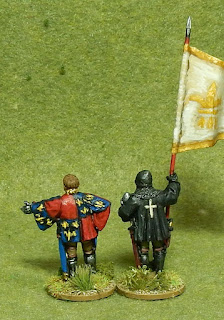 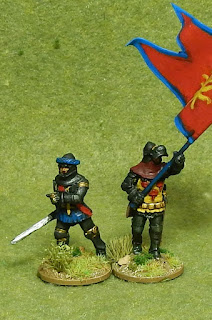 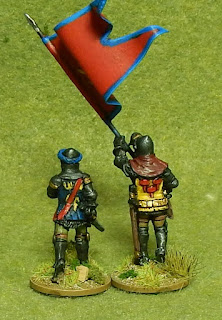 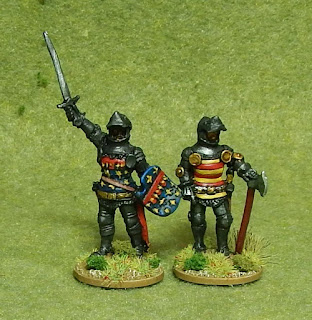 The final pair represent Charles of Artois, Count of Eu and David, Lord Rambures, Grand Master of Crossbowmen. David, along with three of his sons, died during the battle. Charles was captured during the battle and spent 23 years on ransom in England 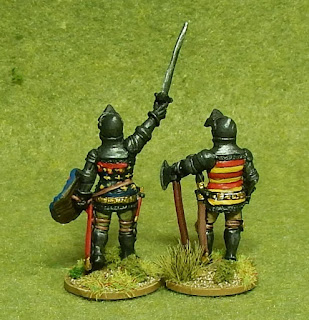 I have a long weekend, and the weather is due to hit a 'feels like' of 40C so shall try to stay in the cool get some pictures of the armies arrayed over the weekend.

Posted by Paul Scrivens-Smith at 11:15